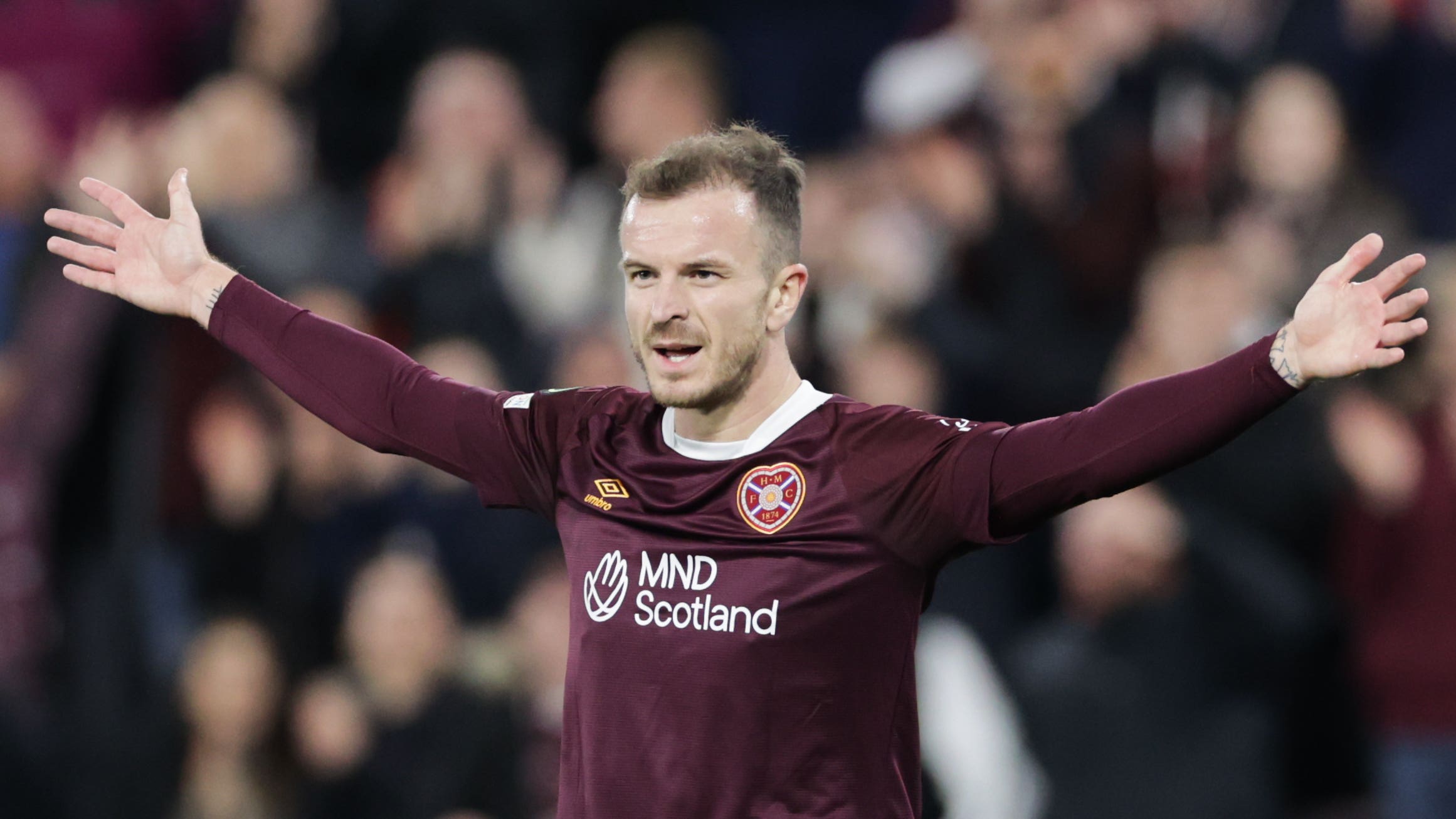 By By Gavin McCafferty PANovember 7, 2022No Comments

Andy Halliday joked he would demand a goal bonus in a new Hearts contract after continuing his scoring streak against Motherwell.

Halliday struck twice from left-back in Sunday’s 3-2 victory to make it four goals in as many matches.

“To be honest, the gaffer’s door is getting chapped,” he said. “I want a new contract with a goal bonus in it.

“I don’t know what has come over me recently. But most importantly it is three points.

“I feel that for the first part of the season we have not quite been where we want to be but I always felt that we weren’t too far away.”

Halliday struck either side of half-time soon after Jorge Grant was sent off and Lawrence Shankland’s late penalty won it for the 10 men following a Motherwell comeback.

The former Rangers player headed the opener from a corner seven days after scoring from the same source against Ross County.

“I definitely didn’t expect to score another one,” he said. “To be honest with you, I should’ve scored the one right before and I didn’t but then I got that one.

“It’s honestly a bit of a blur. I didn’t think I was getting there. I was just trying to jump as high as I could to make contact and I didn’t actually see it hit the back of the net, I just saw the boys all looking shocked that I had scored a header again.

“I said it last week, though it was tongue in cheek, I said ‘put me in the box’.

“I certainly don’t expect myself to go and score set-pieces but that is two in two now so I don’t think they can change it now. They’ve got to keep me in.”

Hearts now travel to face Rangers on the back of consecutive league wins while his former club are under pressure after falling seven points behind cinch Premiership leaders Celtic before Sunday’s defeat by St Johnstone.

Halliday is wary though after Rangers won 4-0 at Tynecastle earlier in the season, soon after following heavy defeats by Celtic, Ajax and Napoli with a nervy win over Dundee United.

The 31-year-old said: “We are in a good place right now but when Rangers or Celtic are maybe not in the best place, they are tough to play against because they are like a wounded animal.

“I think you saw that when they came to Tynecastle at the beginning of the season.

“We tried to be positive and play on the front foot and we were probably disappointed with our own performance and we got punished.

“It is up to us to recover properly, work on our game plan and try to stick to it.”