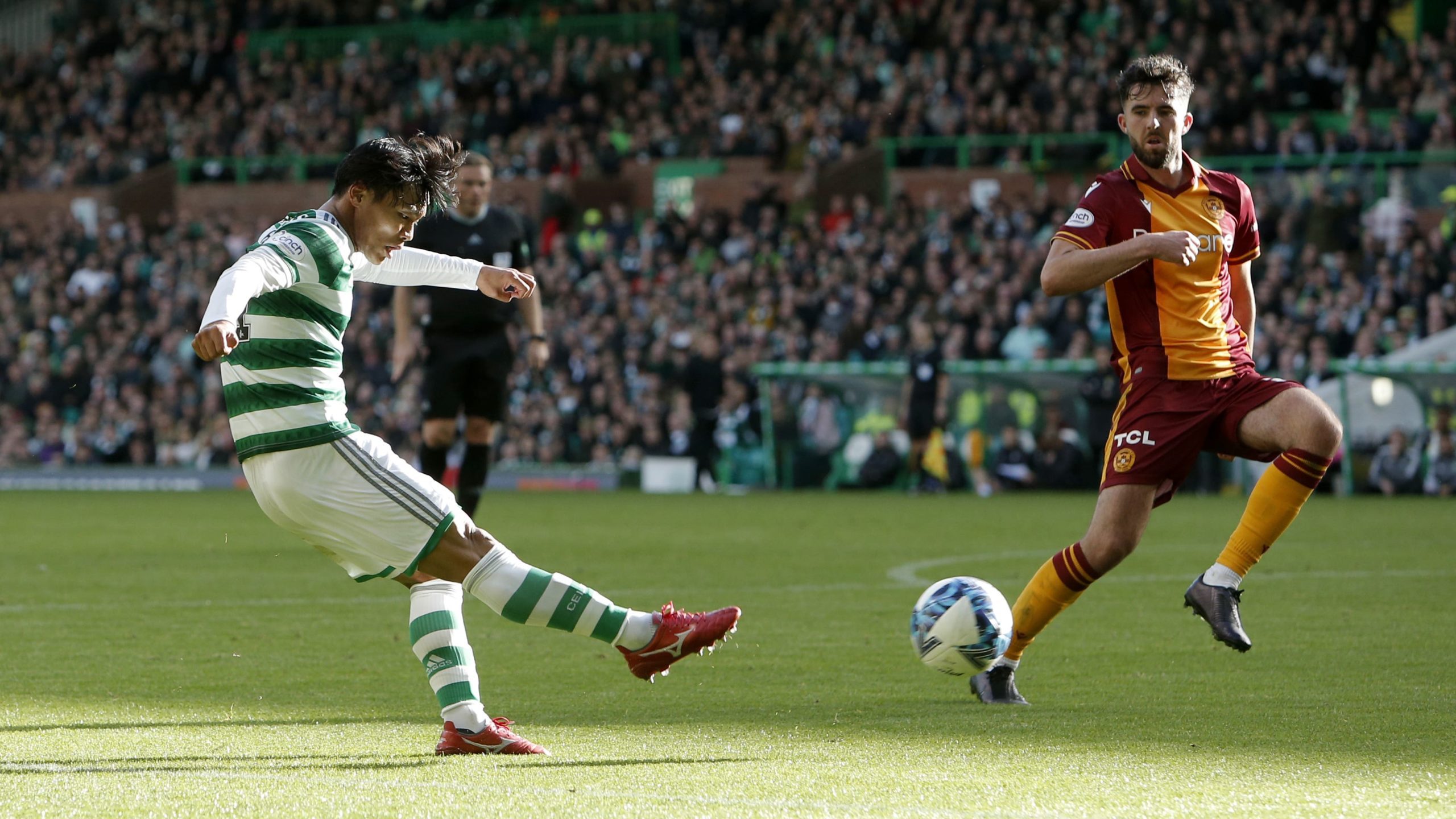 By By Gavin McCafferty PAOctober 1, 2022No Comments

Celtic manager Ange Postecoglou believes there is plenty more improvement to come from Reo Hatate after his spectacular winner against Motherwell.

The cinch Premiership leaders needed a piece of brilliance from Hatate to get back to winning ways as the Japan midfielder struck from 25 yards to seal a 2-1 Parkhead victory after Jota found him with a corner in the 64th minute.

Hatate had earlier hit the post from similar range but later put Celtic in trouble with a wayward pass that sent Ross Tierney racing towards goal, and Callum McGregor hauled the Irishman back at the expense of a red card.

Postecoglou said: “Reo’s developing well, he’s a player who has still got a hell of a lot of potential.

“I try to explain to people his background, like a lot of Japanese players he only came out of university at 22. He’s only really been a professional footballer for three-odd years.

“So, I kind of knew after the impact he had in his first year as a professional that if it was his base line he was going to improve.

“He’s pretty hard on himself, he pushes himself, he wants to be better. So, there’s a lot more to come.

“He’ll be disappointed with his pass late which sort of created the red card situation. So, he’ll go back in the sheds and think of how he can be better. But Reo’s got great potential and he was good.”

A mix-up between Josip Juranovic and Joe Hart led gifted Motherwell an equaliser as the Croatian right-back’s own goal cancelled out Kyogo Furuhashi’s early opener.

“It should have been a lot more comfortable than it was,” the Celtic manager said. “We started well and first half we created some really good opportunities, unlucky with a couple hitting the post.

“We give them a goal which gives them some encouragement and then we had to work hard second half. Again, generally not too bad but we lacked some clinical edge.

“Scored a good goal and then again lost a bit of concentration towards the end there which, disappointing for Cal, that he had to get the red card.”

Postecoglou will take a closer look at the footage to determine whether Celtic will appeal against the 89th-minute red card, which is set to rule McGregor out of next Saturday’s trip to face St Johnstone.

“He’s taken one for the team,” Postecoglou said. “I’m not sure it was a red card, it looked like we had a covering player. But, we’ll have a look at it.”

Motherwell manager Steven Hammell felt Tierney was in with a real chance of equalising.

“It was a good red card from their point of view I feel, Ross Tierney is in for sure and Joe Hart was in a bit of a no man’s land,” Hammell said.

The visitors got men forward at times and they had seven efforts at goal but Hammell felt they could have made more of several attacks.

“We’re coming away disappointed,” he said. “I feel frustrated a little bit.

“There were small things that we highlighted. They are a very, very good team and a well-coached team, but we felt as if we could hurt them in areas and I felt we did.

“But we didn’t do it often enough or quickly enough, especially in the latter stages of the game.

“I feel like whenever we stretched them and pressed properly and got after the ball we caused them problems, but the plan was to come away from here with something and we’ve not, and that’s where the disappointment comes from.”