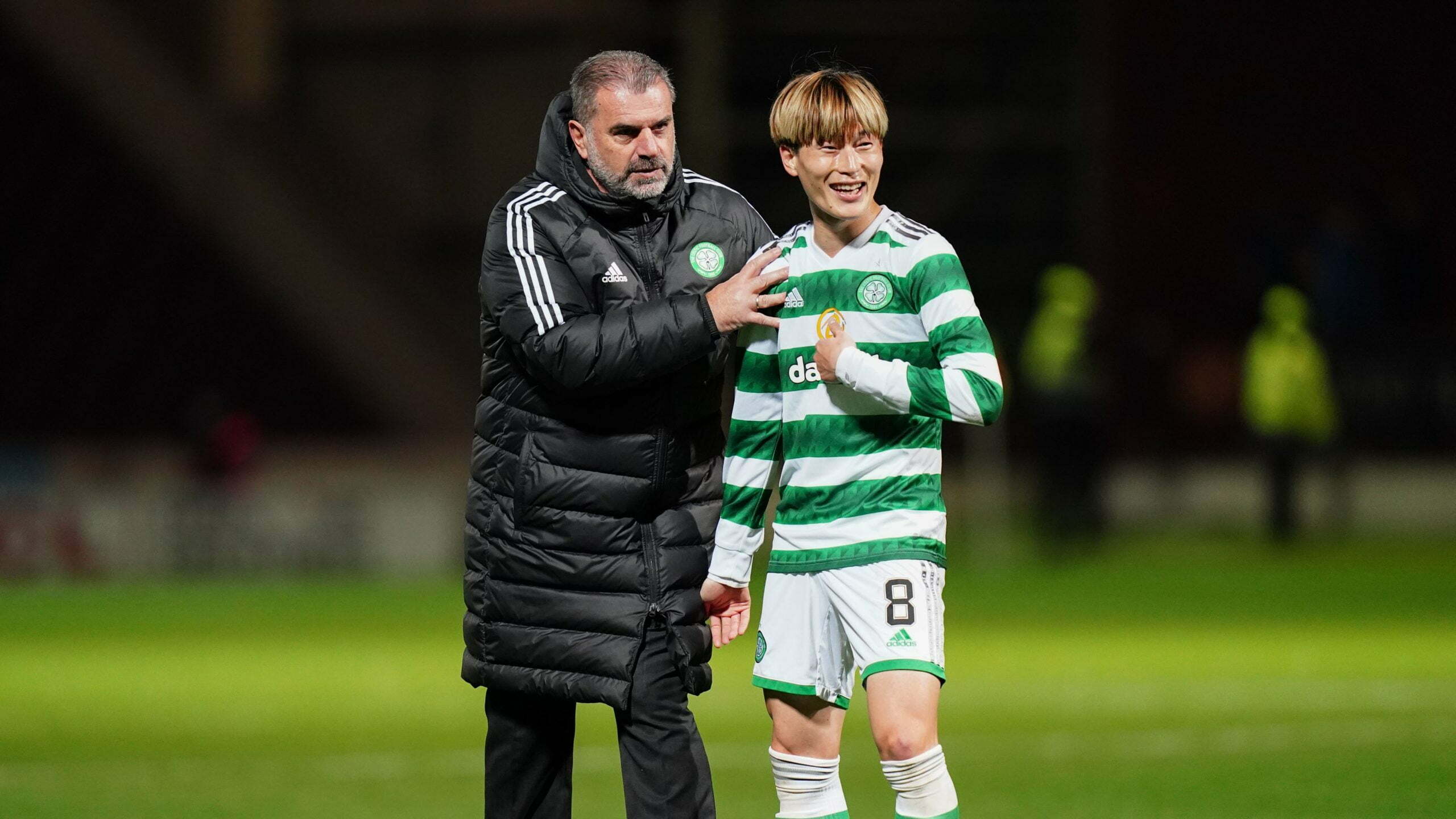 Ange Postecoglou delighted to see Kyogo Furuhashi back among the goals

Celtic manager Ange Postecoglou was delighted to see Kyogo Furuhashi get back among the goals at Fir Park but stressed he had been happy with the striker’s performances in recent weeks.

The Japan international notched from close range to round off a 4-0 Premier Sports Cup win and set up a semi-final against Kilmarnock in mid-January.

Furuhashi had only scored once in his previous eight Celtic matches – also against Motherwell – and Postecoglou admitted he had been reassuring the forward during that period.

“He’s like all strikers,” said Postecoglou. “They go a couple of games without scoring and the world collapses in on them.

“You are trying to tell them they haven’t lost any of the ability they have and I’ve still been pleased with his general play.

“I’m sure he’s happy. He was a bit unlucky. He hit the bar in the first half and he hit the post last weekend. Those are the fine margins for strikers.

“Probably earlier in the year, they both would have gone in, but the key for me is that I’m still pleased with the way he is playing.

“He is contributing, he’s causing problems for the opposition. I’m pleased for him to get the goal, but it doesn’t change my assessment on how he’s been playing. He’s still been a contributor.”