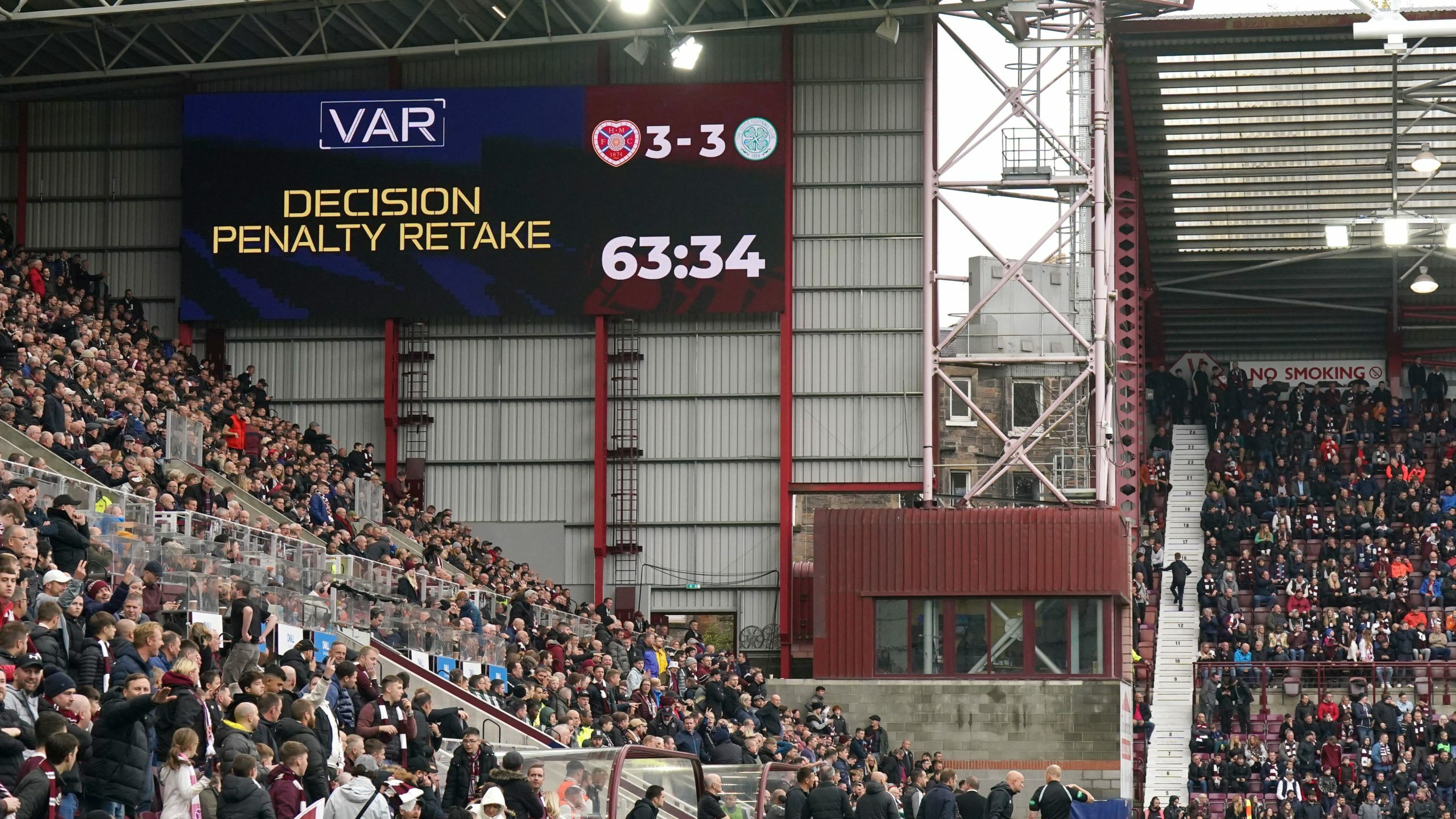 By By Gavin McCafferty PAOctober 22, 2022No Comments

Celtic manager Ange Postecoglou hopes Scottish football can quickly streamline the VAR process after it made a major impact on his side’s dramatic 4-3 victory at Tynecastle.

The video technology made its first intervention in Scottish football when Hearts were awarded a penalty following a long delay after referee Nick Walsh went to his monitor to see that Cameron Carter-Vickers had fouled Cammy Devlin.

Postecoglou expected a spot-kick for his side moments later when Michael Smith appeared to move his arm towards the ball, but video assistant referee Steven McLean felt there was no obvious error on Walsh’s part to play on and therefore no need for a review.

While Walsh had played on in both circumstances, he had earlier been quick to blow his whistle for a foul by Giorgos Giakoumakis before Anthony Ralston sent a diving header into the net. There was a significant delay before Hearts could take the free-kick – Giakoumakis appeared to have done little wrong – but there was no recourse for VAR to award a goal when the whistle had already blown.

VAR later disallowed Josh Ginnelly’s goal for encroachment before Lawrence Shankland converted a retaken penalty following a decision which was made first time round by Walsh for a Moritz Jenz foul on Devlin.

The novelty value of the new way of officiating added to the drama of a game which saw Shankland hit a hat-trick, and the lead change several times before Greg Taylor hit a 76th-minute winner following earlier strikes from James Forrest, Giakoumakis and Daizen Maeda.

But Postecoglou felt the delays – there were about seven minutes of stoppage time in each half – took away from the football and vindicated his ambivalent stance on the new technology.

“As I said before the game it is here and it should be here and every other league has it, but I don’t like the whole theatre around it and there is too much emphasis on it and it takes too long to make a decision,” he said.

“Obviously it is going to have teething problems and it is going to take a while for them to streamline that process and I do not like the standing about. I just think we are here to watch the football and not to wait for people to make decisions around things.

“Look, I thought we had a clear-cut handball and penalty but apparently that’s not good enough – what do I know? We haven’t had a penalty all year and I keep hearing opposition managers saying we get everything. The only penalties we have taken so far this season have been in training.

“I am probably a lone voice in terms of how I like it used. I just want minimal interference with minimal time because it is no secret that our football is based around having the ball and playing the game for as long as possible.

“Look, some people enjoy it. I don’t know, people will tell me it was entertaining standing about waiting for somebody to whisper something in somebody’s ear. I can think of better forms of entertainment.

“Obviously there are some clear-cut ones that they can do pretty quickly, offsides and so forth, but the rest of it, the ones that are not clear-cut, just leave them to the referee and let’s get on with it.”

Hearts manager Robbie Neilson agreed with his counterpart’s assessment that decisions need to be quicker.

“There is a lot of ironing out to do,” he said.

“Today we got the novelty of it and that kept everybody onside.  But if we are going to have that in a month, three months to six months’ time, it’s going to become more of a hindrance than a help.

“My worry is it takes the decision-making process, that strength to make the decision, away from the referees.

“The first one, everyone in the stadium can see it’s a penalty.

“The referees are getting used to it too. Was Nick waiting for VAR to confirm it to him? I don’t know. To me it’s a stonewaller. We shouldn’t have to wait five or six minutes to get that decision.  Hopefully it gets ironed out.”