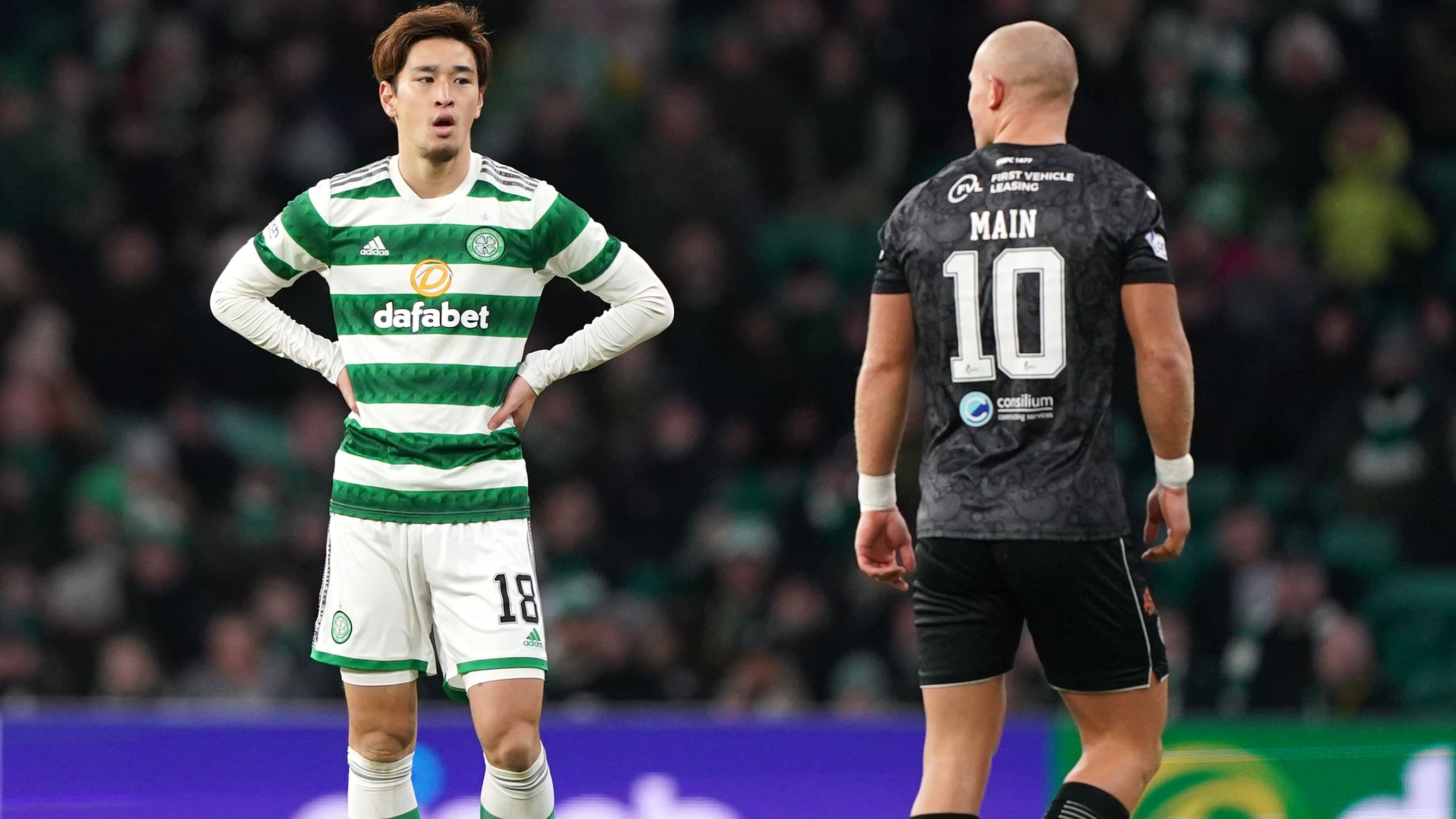 By By Gavin McCafferty PAJanuary 18, 2023No Comments

Celtic manager Ange Postecoglou praised Yuki Kobayashi for dealing with the physical threat of St Mirren as the Japanese defender enjoyed a 4-0 victory on his debut.

With Cameron Carter-Vickers struggling with a minor injury, the 22-year-old was handed his first chance since arriving from Vissel Kobe ahead of the transfer window.

Kobayashi hit the post just before Liel Abada notched a 15th-minute opener and stopped Jonah Ayunga producing from a one-on-one after Carl Starfelt had gifted possession away.

Kobayashi also had to deal with another powerful striker in Curtis Main and Postecoglou was pleased with the way his recent signing adjusted to the different demands of Scottish football.

“He was good,” Postecoglou said. “It’s not easy, he is still adjusting to the football here and life here.

“They are a big, strong physical team, very direct, and they launched some balls into the box. He had to deal with that side of the game, which I thought he did quite well.

“I thought he was really good on the ball, really composed. He will get better at that but I thought as an introduction he was good.”

Postecoglou, whose side stay nine points clear in the cinch Premiership, said: “Our football was really good and the goals were outstanding and some great moves didn’t end up in goals.

“It was a really strong all-round performance. Our attacking play was really fluent and dangerous the whole night.”

Giorgos Giakoumakis was also missing from the squad but Postecoglou insisted that had nothing to do with recent transfer speculation.

“Giakoumakis and Carter-Vickers just pulled up sore from the weekend,” he said.

“At a stretch Giako might be available for Saturday (against Morton). Cam probably will be, but we’ll probably still rest him for Saturday even though it’s nothing significant.”

When asked whether the Greece striker would still be a Celtic player when the Scottish Cup clash comes around, Postecoglou said: “I see no reason why not. I just deal with what is in front of me, and until I’m told otherwise or something significant happens…

“He was here tonight mate, so you could have asked him yourself. He’s still very much part of our set-up, I’m not playing ducks and drakes. He would have been involved if he wasn’t injured.”

St Mirren manager Stephen Robinson was frustrated that his side conceded two goals from corners. Abada netted from a second rebound and Turnbull received the ball following a short corner.

“We set up positive with two centre-forwards again, I thought our shape was good, Trevor (Carson) hasn’t been peppered with shots but we conceded from two set-plays,” Robinson said.

“That’s the first set-plays we have conceded this season and you don’t want to be doing that against a team of that quality.

“We expected to put in a better fight than that. There was a lot of desire and energy but we just lacked a little bit of belief and quality when we landed on the ball for a 20-minute period, and that killed us against a very good side.”