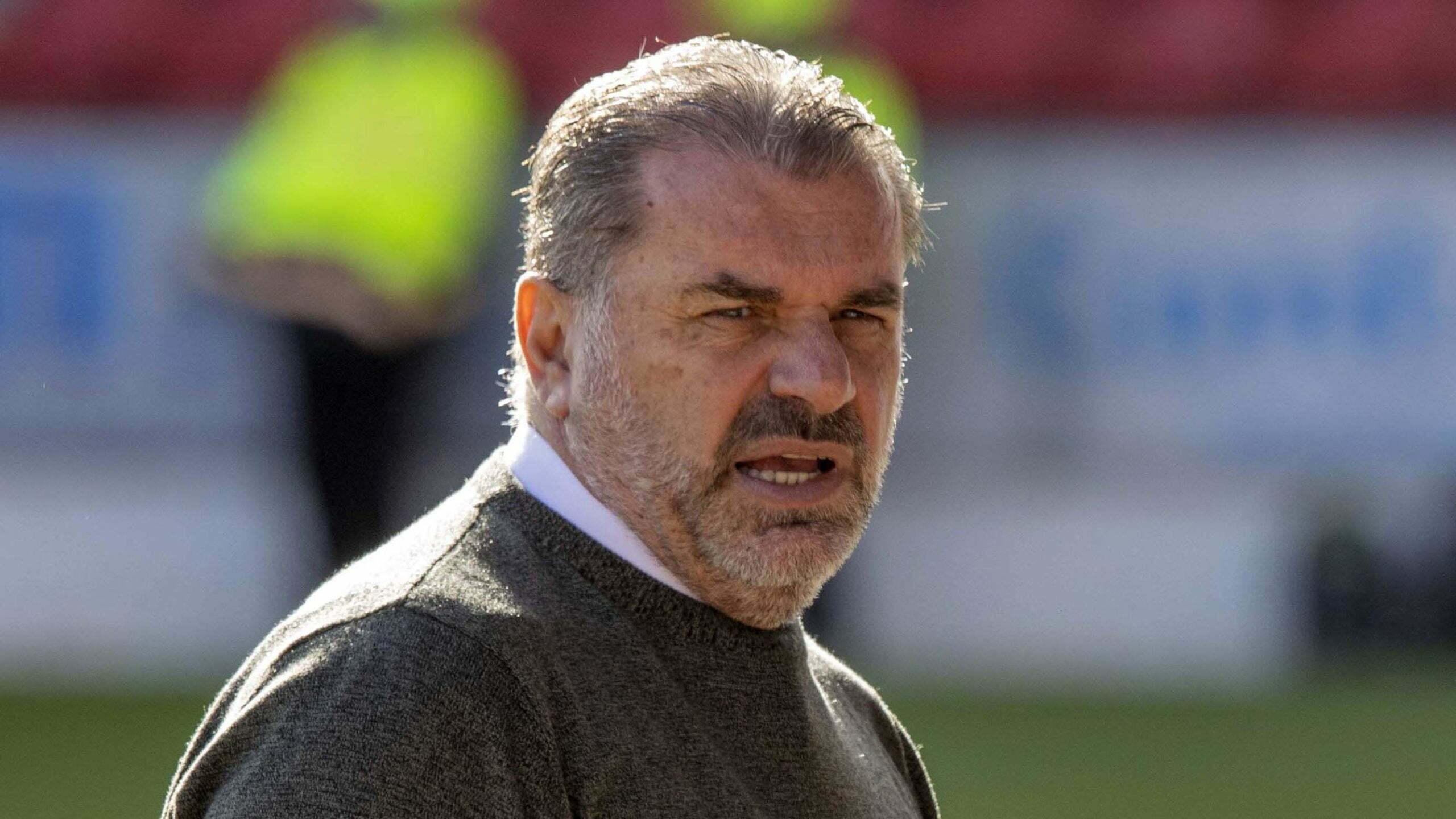 Ange Postecoglou hopes to have David Turnbull back in contention for Celtic’s Premier Sports Cup quarter-final tie against Motherwell at Fir Park on Wednesday night.

The Scotland midfielder missed the 6-1 cinch Premiership hammering of Hibernian at Parkhead on Saturday with an ankle knock.

However, Postecoglou hopes the former Well player can bolster his squad for the trip to Lanarkshire.

After watching winger James Forrest steal the show with a hat-trick which took his goals tally for the Parkhead club to 100, the Hoops boss told Celtic’s YouTube channel: “From what I know so far I think everybody will be OK for Wednesday.

“We took Sead (Haksabanovic) off because he had a bit of an ankle issue going into the game but he was keen to play.

“But once the game was done, we took him off at 45 and I think everyone else was good.

“Hopefully by Wednesday Dave Turnbull will be close as well so we should be OK.”

Forrest – making his first start of the season – was one of five changes, including Giorgos Giakoumakis, Anthony Ralston, Alexandro Bernabei and Aaron Mooy.

Giakoumakis scored a double, with substitute Daizen Maeda notching the sixth goal right at the end to complete the rout.

The former Australia boss explained his thinking around the reshuffle, saying: “People question me rotating the team but it is the only way we will get through this period and maintain levels of performance.

“We saw last season that when you rely on too few, that it doesn’t work.

“I see these guys every day in training and I know what they are ready for and can do so there is no fear putting them in there.

“I am super-pleased that all of them who came in were fantastic but obviously a  special shout-out to James Forrest, 100 goals for the club, an outstanding moment.”

The former Celtic academy player is now one of only 30 players who have scored 100 goals or more in green and white and he said: “It is a great feeling and it was a great day all round.

“Everybody was talking about it last season but it is better to wait until you have done it and speak about it.

“It is incredible. I just want to keep working hard and scoring goals.”

Hibs boss Lee Johnson was far from impressed by his side’s performance as he turned his attention to Friday night when St Johnstone visit Easter Road for what will be the first Scottish game to use VAR.

He told Hibs’ official website: “We were outclassed from the first minute to the last. We have to learn lessons from that.

“Moving forward there has to be change, I’ll make sure I get that right and we’ve got a big week now going into the game on Friday night.”