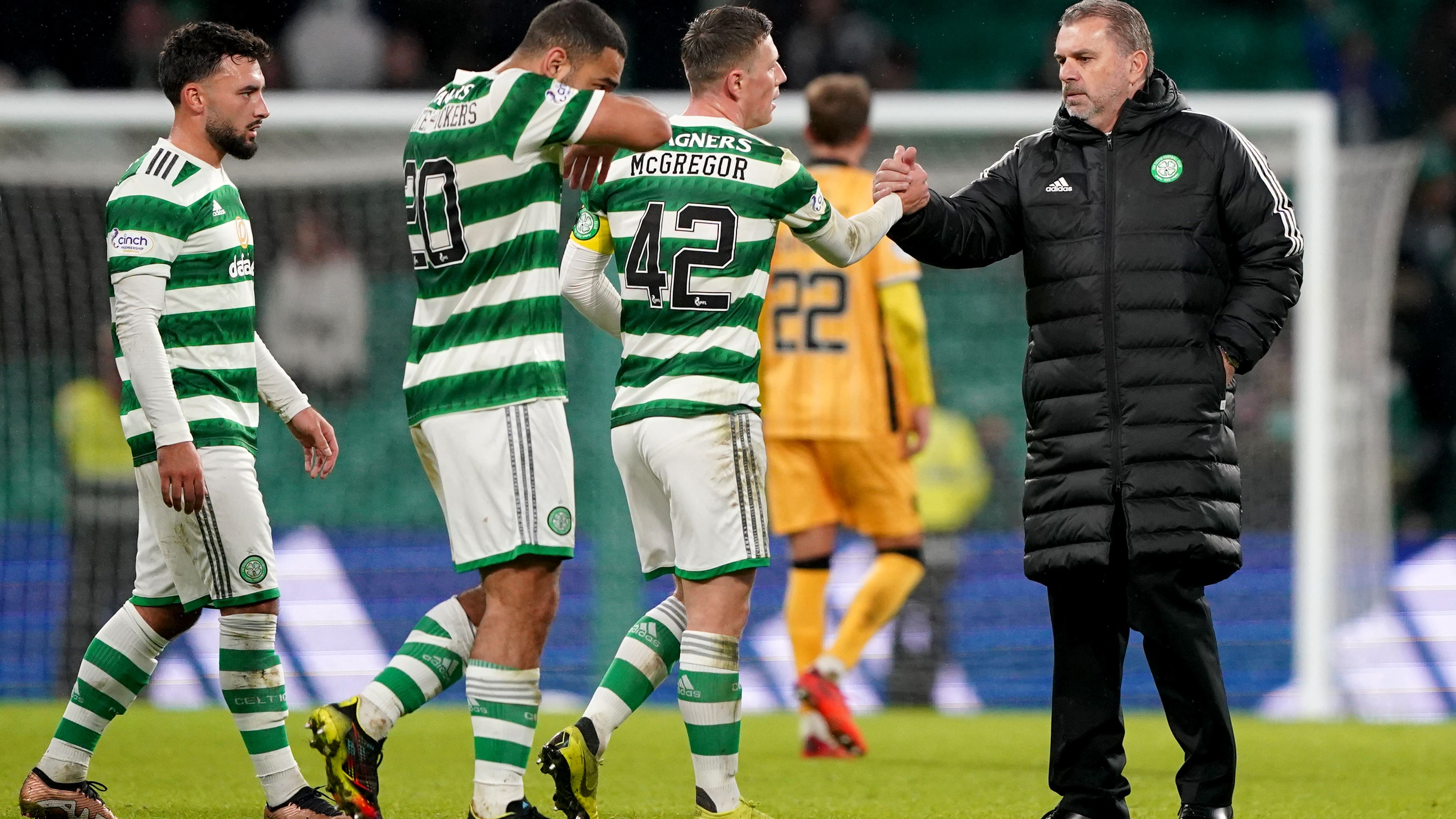 Celtic manager Ange Postecoglou promised selection changes for the Christmas Eve clash with St Johnstone after his frustration over elements of their attacking play in midweek.

The Hoops were utterly dominant for 45 minutes against Livingston but Postecoglou felt some attacking players had not reached the positions they should as a series of crosses flashed across the goalmouth.

Livi pulled a soft goal back in stoppage time and Celtic never really rediscovered their attacking rhythm despite safely seeing out a 2-1 win.

The likes of Giorgos Giakoumakis, David Turnbull and Sead Haksabanovic could get a chance against Callum Davidson’s side.

When asked about changes, Postecoglou said: “I think that’s fair, based on how busy it is, but also based on performance.

“If guys aren’t performing at the levels we know they can, there’s some pretty good players who are not getting some game time and training hard. It’s why we have a squad and you have to reward that at some point.

“Coupled with the fact that we have a busy schedule, we will make some changes for the St Johnstone game.

“I don’t think Wednesday was because of fatigue, I didn’t change the team so it wasn’t because of cohesion. We lacked some discipline and structure.

“I don’t think it’s good to get a reminder because we should know that anyway but whether I think it’s good or not, football will always remind you if you get away from the principles of your play and we got a little reminder on Wednesday.”

Saints were seconds away from getting a point against Celtic in the previous meeting between the teams until Giakoumakis restored the visitors’ lead in the dying seconds.

Davidson’s side travel to Glasgow on a six-match unbeaten run which has seen them take 14 points.

Postecoglou said: “It will be a tough game for us. Callum is an excellent coach and has them well organised and well drilled. Every time we play them it’s a challenge and I am sure it will be on Saturday.

“The thing about St Johnstone, a little bit like Livingston, is that they don’t really change their approach whether they are playing us or any other side. There is a consistency in their approach which means their players understand their roles really well.

“We need to be really disciplined in our approach play and our football to make sure that we can counteract that and gain the dominance we need to win the game. But we are under no illusions, it will be a tough one.”