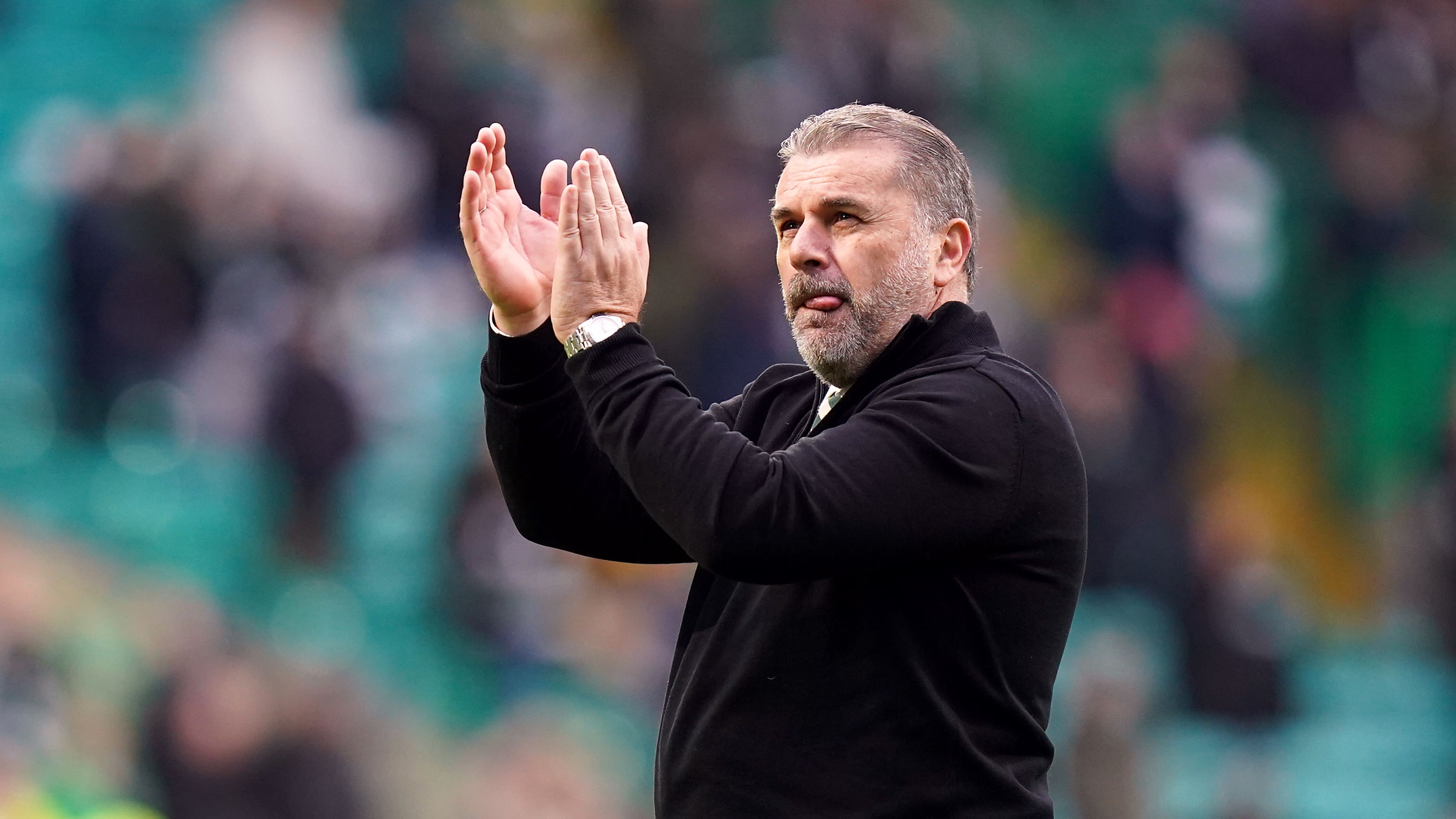 Ange Postecoglou stresses the need to rotate his Celtic side

By By Gavin McCafferty PADecember 26, 2022No Comments

Celtic manager Ange Postecoglou stressed the need for rotation and understanding from his players after making some changes to his attacking line-up for Saturday’s 4-1 win over St Johnstone.

Wide players Daizen Maeda and James Forrest both came in and had a major hand in a goal as Celtic restored their nine-point lead in the cinch Premiership.

But there was no start for Giorgos Giakoumakis, who appeared to hint at his frustration over lack of game time on social media last week.

However, the forward could be in line to feature against Hibernian on Wednesday given he is more often utilised away from home.

The Greece striker forced three saves after coming off the bench midway through the second half for two-goal Kyogo Furuhashi.

Postecoglou said: “It’s an important part of us as a team, that the guys are prepared to put the shift in when required.

“Everyone wants to play every game but it’s impossible to do. If we are going to maintain the levels of performance that we need with the schedules we have, we need players out there all the time with energy.

“Knock on wood, our medical team and sports scientists have done an outstanding job this year in terms of keeping our best players on the park all the time and it has helped that I have been able to rotate the squad and keep players fresh.

“Liel Abada definitely deserved to start on Saturday but it’s such a short turnaround, having James Forrest available and knowing what he can do, it made sense to make that change.

“I think we had to rotate on Saturday. It’s been a long break and to have three games within a week, particularly for our attacking players and midfielders, who do the bulk of the high-speed work…

“The two wingers who came in were outstanding, James and Daizen, they gave us the energy we needed and we could protect Jota and Liel. And Aaron (Mooy) coming in helped us enormously as well. Aaron came back from the World Cup in great condition.

“We have got really good players and we are going to utilise them.”

Reo Hatate netted two goals from right-back and may have to play there against Hibs. Josip Juranovic is unlikely to feature after his return from Croatia’s third-placed finish at the World Cup while Anthony Ralston is battling to overcome a back injury.

On Juranovic, Postecoglou said: “Because he had a minor injury, he probably hasn’t done too much. We will assess him but I think it’s unlikely.”

The Celtic boss expects a difficult game against Lee Johnson’s side, who beat Livingston 4-0 on Christmas Eve.

“I remember last year around January we drew there and it was a tough game for us,” he said.

“It’s a great stadium, they get a good crowd and it feels like a big game. It will be a good challenge for us.

“Lee is really determined to get them playing a certain way and it’s not easy, I know, when you don’t have the players who want to play that style. But I think with a couple more transfer windows you can see what he’s trying to do.

“They have some real attacking threats, especially with Kevin Nisbet coming back now as well.

“It will be a good challenge for us, but we are on a good run of form and are really focused on ourselves and being the best team we can be and that’s what we are going to have to deliver on Wednesday.”