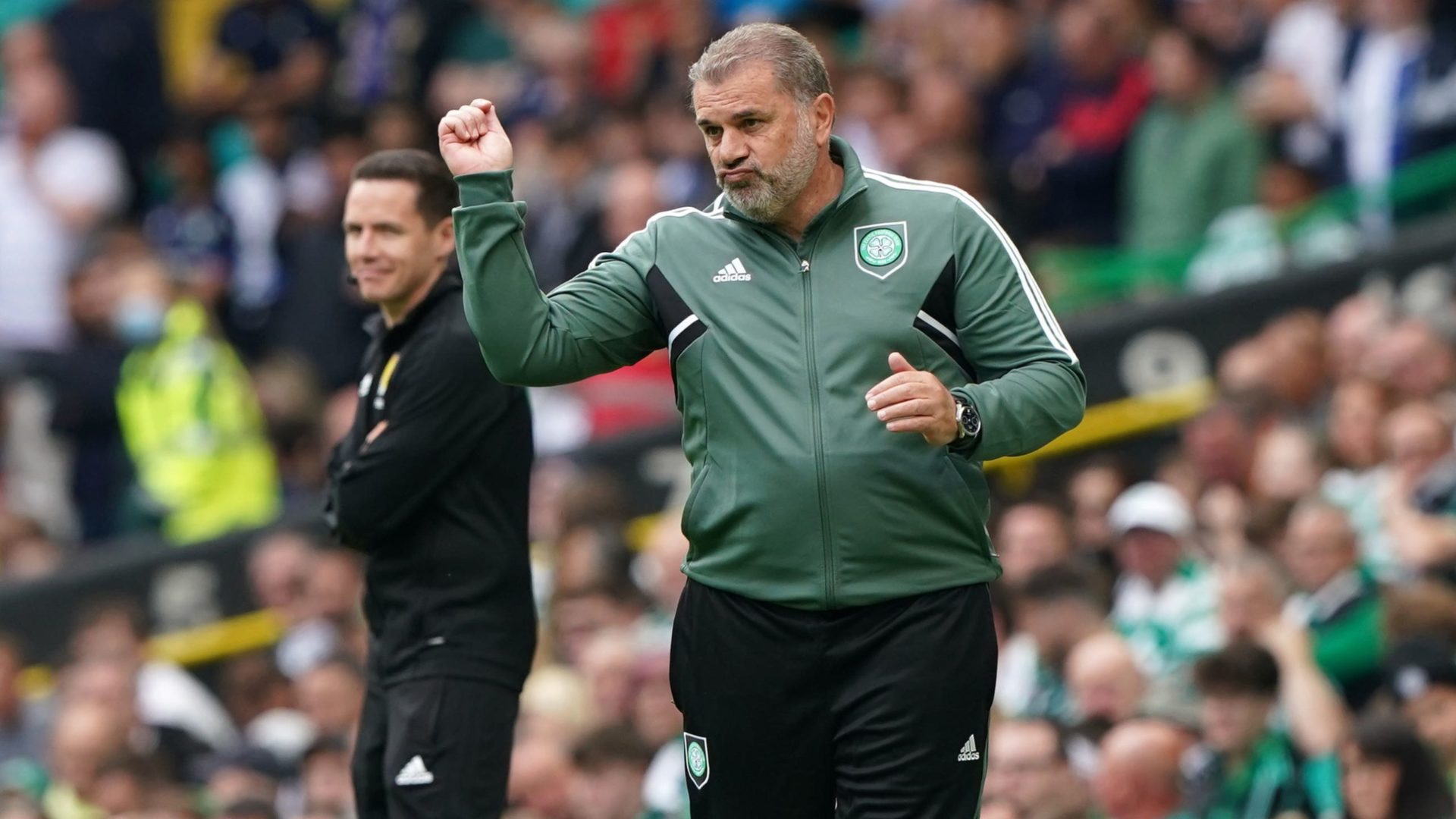 Ange Postecoglou has challenged Celtic to “lay down a marker” in Sunday’s cinch Premiership opener at home to “game-ready” Aberdeen.

The champions play their first competitive game of the season against Jim Goodwin’s side, who already have four victories under their belts after breezing through the Premier Sports Cup group stage in impressive fashion.

Postecoglou expects the Dons to be relatively sharp as a result but he believes his own team are also in good fettle at the end of their pre-season campaign.

“It will be a good challenge,” said the Hoops manager. “It’s always difficult when a manager comes in mid-season like Jim did last year, but I think now he’s made a lot of changes and got his squad together.

“It’s been a good start for them in the cup and they’ve had four good competitive games. They’re game-ready, which is a challenge for us but at the same time we’ve had a good pre-season with some really good competitive friendly games which have been good for us.

“The squad’s in a good place health-wise and we’re at home in front of our fans. We just want to make sure we lay down a really strong marker for the year ahead.

“Irrespective of who you’re playing in the first game, there’s always a little bit of unknown there because everyone starts the season feeling good and optimistic about their chances and it’s only after the first 90 minutes that everyone gets to really assess how they’re going. We’re looking forward to it.”
While both Aberdeen and Celtic go into the league opener in optimistic mood, Postecoglou believes it is still far too early to be sure about how any team will fare in the campaign ahead. Asked about the challenge he expects from the rest of the sides in the league, he said: “It will be tough but no tougher than last season, I guess.

“It’s hard to assess things in pre-season because I think every manager thinks they’ve had a great pre-season and every signing has been fantastic. All that stuff gets to unfold in the reality of competition over the next few weeks and then we’ll see how good everyone’s pre-season’s been and how good their signings are.

“We didn’t have a great pre-season last year and it didn’t stop us being successful so I don’t think that’s an indicator of what’s ahead for us. All we can do is concentrate on ourselves and try to be at our best, starting Sunday.”