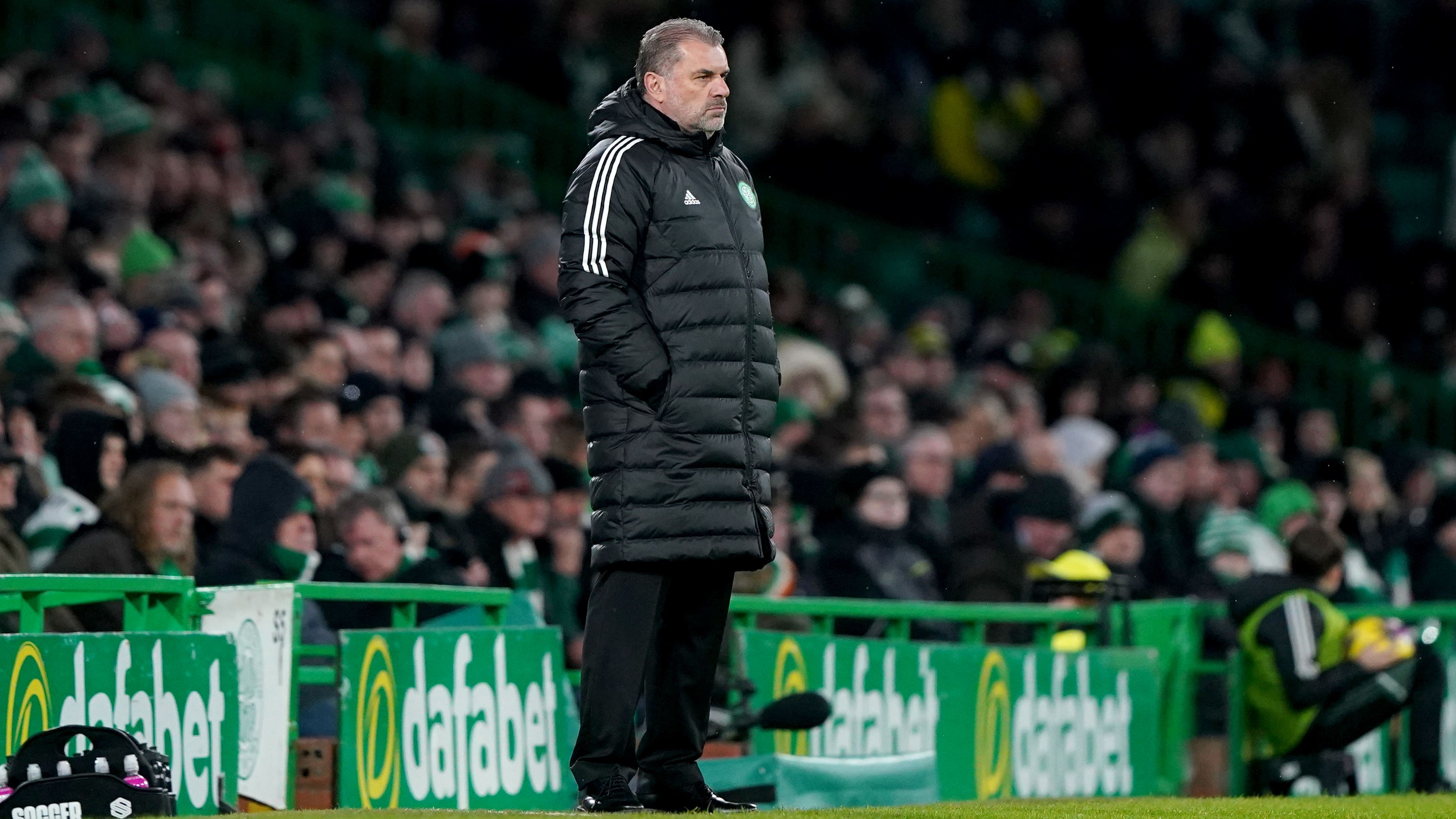 Ange Postecoglou wants Celtic to sharpen up in attack

By By Gavin McCafferty PADecember 21, 2022No Comments

Celtic had 16 shots at goal in the first half but Postecoglou was unhappy that a number of low crosses flashed across the face of goal without his players being positioned to capitalise.

Two Liel Abada deliveries were converted in the first half, one inadvertently by Livi defender Ayo Obileye and the other by Kyogo Furuhashi, but Celtic had some anxious moments after the interval after Nicky Devlin scored with his side’s first foray forward in first-half stoppage time.

Postecoglou said: “The performance wasn’t our best to be fair. I thought first half we controlled the game and did the things we wanted to do but I was disappointed, we created some good opportunities, and didn’t have people in the box doing their jobs.

“Balls are getting flashed across and people aren’t in the areas they should be, and that’s disappointing because we work on that constantly and we have had a lot of success playing that way.

“When it doesn’t happen I get frustrated because I see no reason why it shouldn’t.

“The amount of time the ball got flashed across the six-yard box and we weren’t there is unacceptable. We work on it constantly so players know they should be in that area.

“Having said that, at 2-0 the game should have been over. We conceded a really soft goal which we’ve not done a lot of either. We have been really disciplined in not giving silly goals away. We lost concentration for a moment.

“The second half was OK. We controlled the game but there wasn’t a great deal of rhythm. But I guess we saw the game out.”

Celtic lost Anthony Ralston to injury in the second half and had to play Greg Taylor at right-back.

Postecoglou said: “I don’t think it’s anything too bad. He had a bang on the nose and his back seized up after a challenge but I’ll wait until after the physio has seen him.”

Livingston manager David Martindale was happier with his side after getting some tactical information into them at half-time.

“We looked like we could get another goal from that 15-20-minute spell,” he added.

“We were very competitive in the game. My goalkeeper wasn’t as busy as I thought he’d be and I don’t mean that in a disrespectful way.”

Martindale, who left Joel Nouble on the bench because of a knock, felt referee Euan Anderson was right to disallow an Abada goal following a VAR review despite Morgan Boyes initially appearing to have played the winger onside by attempting to head clear.

Martindale said: “He (Abada) made a movement and big Morgan stumbled slightly. I thought it was right.”