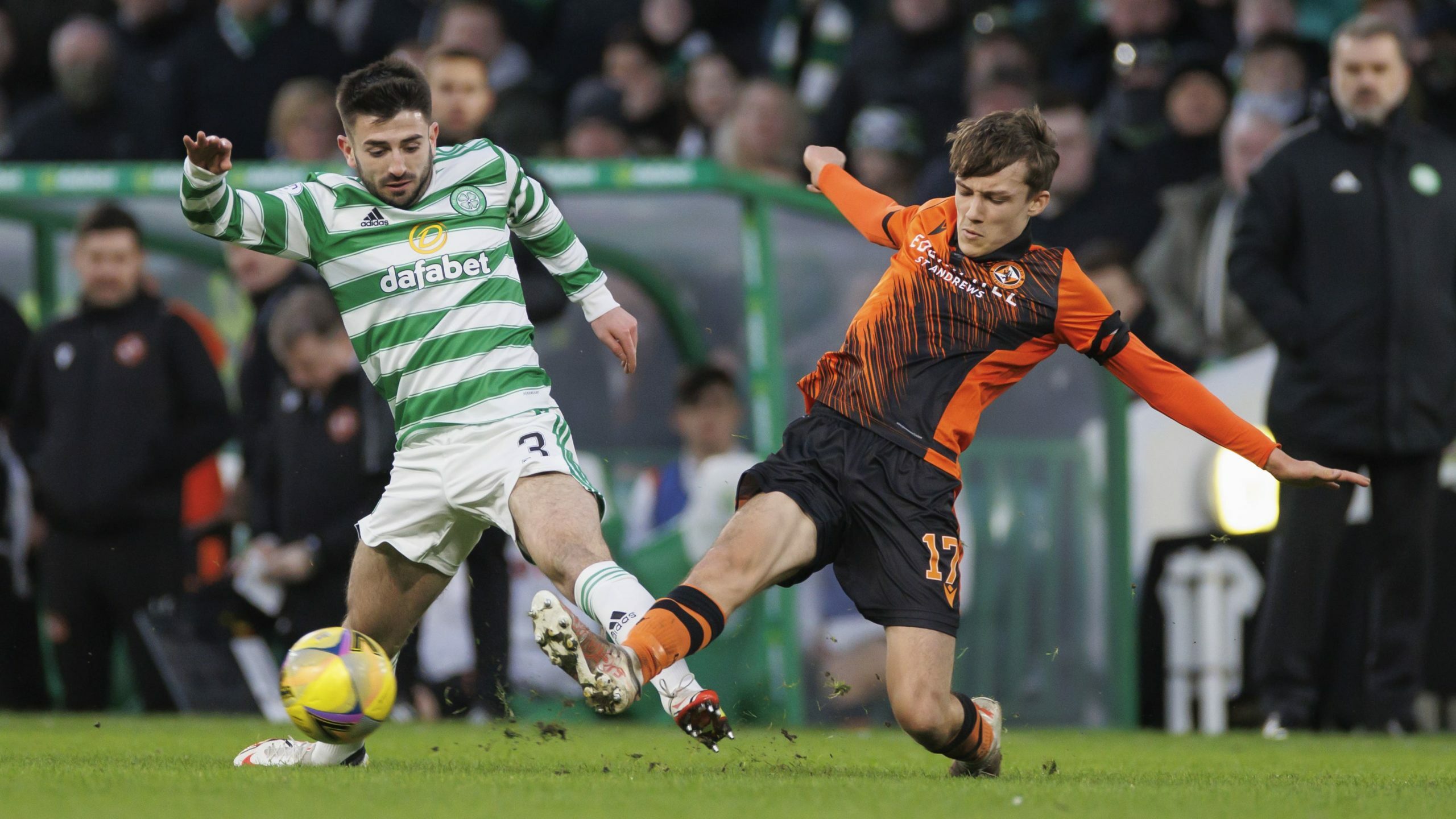 Liam Fox’s side are bottom of the cinch Premiership table with just two points from eight games.

Midfielder Meekison believes the first league win of the season when they host the fifth-placed Dons on Saturday evening would be a huge boost to everyone at Tannadice on several fronts.

The 20-year-old said: “I think it is much more than three points.

“Ultimately, the aim is just to get those three points, I don’t think we are really going to be too hung up on how well we play if we get the three points.

“But three points might bring, first of all, the fans some much-needed joy and, second of all, hopefully the team a bit of momentum for us to try to build on that.

“The stage we are at, any game is massive for us, trying to pick up those three points.

“It is going to be a massive occasion, at our home stadium, and we will try to get a win in front of our fans.

“We always want to come out on top, it is a massive game. It is a very competitive league and no game is an easy three points.

“Aberdeen are doing well, every team has its different journeys but it is all about us trying to start our own journey ourselves and hopefully picking up the first three points of the season.

“There is always that frustration that grows, with every team that is not coming away with games that we should be winning and not winning.

“So, now it is about us, trying to start focused, trying to keep our head in the game plan, knowing the game plan and trying to execute it properly. Getting that first win is going to be so important for the team.”