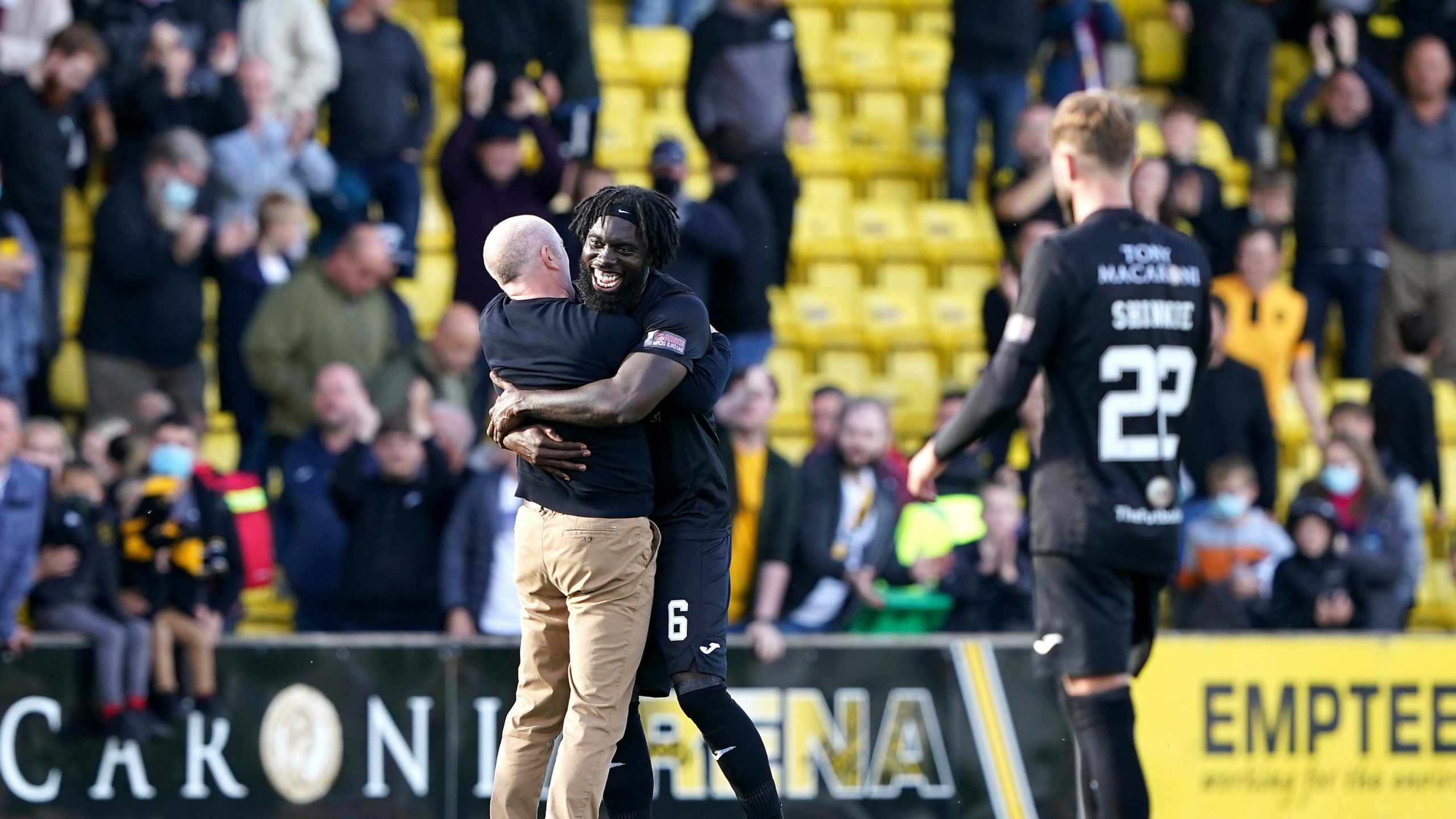 By By Gavin McCafferty PAOctober 7, 2022No Comments

Livingston defender Ayo Obileye feels he still has major room for improvement as he looks to build on an impressive first season in the cinch Premiership.

The centre-back scored six goals in 42 appearances last term and his club came within seconds of sealing a top-six finish before coming seventh in his first campaign since moving from Queen of the South.

Obileye wants to go at least one better in the league and also maintain his own progress in a career which has seen him come through the ranks of Sheffield Wednesday and Charlton before dropping into non-league English football to take in separate loan spells with Dagenham.

Ahead of the visit of Ross County, the 28-year-old said: “I’ve set myself personal targets – I want to beat the amount of games I played last season, keep more clean sheets, score more goals and perform better than I did last season.

“Hopefully as a team we can make the top six but the most important thing is to stay in the league.

“Last season was my first in the league and it was good, I felt comfortable, but obviously I have played a whole season now and I’m more comfortable and settled in a lot more.

“But I still have a lot of hard work to do, I want to improve my performances and show the league what I can do because I am probably 70-80 per cent now.

“Physically I am fine, it’s what I was used to when I was younger. It’s getting back to that, the intensity of training obviously helps. I feel it’s making me better.

“I analyse myself in games and the defensive training we do with Marv (Bartley) and the gaffer helps. We work on the weaknesses we have had and have meetings about what we can do better as a team and individuals.”

Both sides are looking to bounce back at the Tony Macaroni Arena. County lost 5-0 to Motherwell on Tuesday while David Martindale’s side lost a late winner against 10-man St Mirren in their previous game.

“We had little blip last weekend because we didn’t take our chances, myself included,” Obileye said.

“This week will be a big test but we can open up a little gap at the bottom and we are raring to go.

“Playing against Ross County is always a tough test. They are going to come out firing and the manager will want a reaction so I expect it’s going to be a harder game for it.”