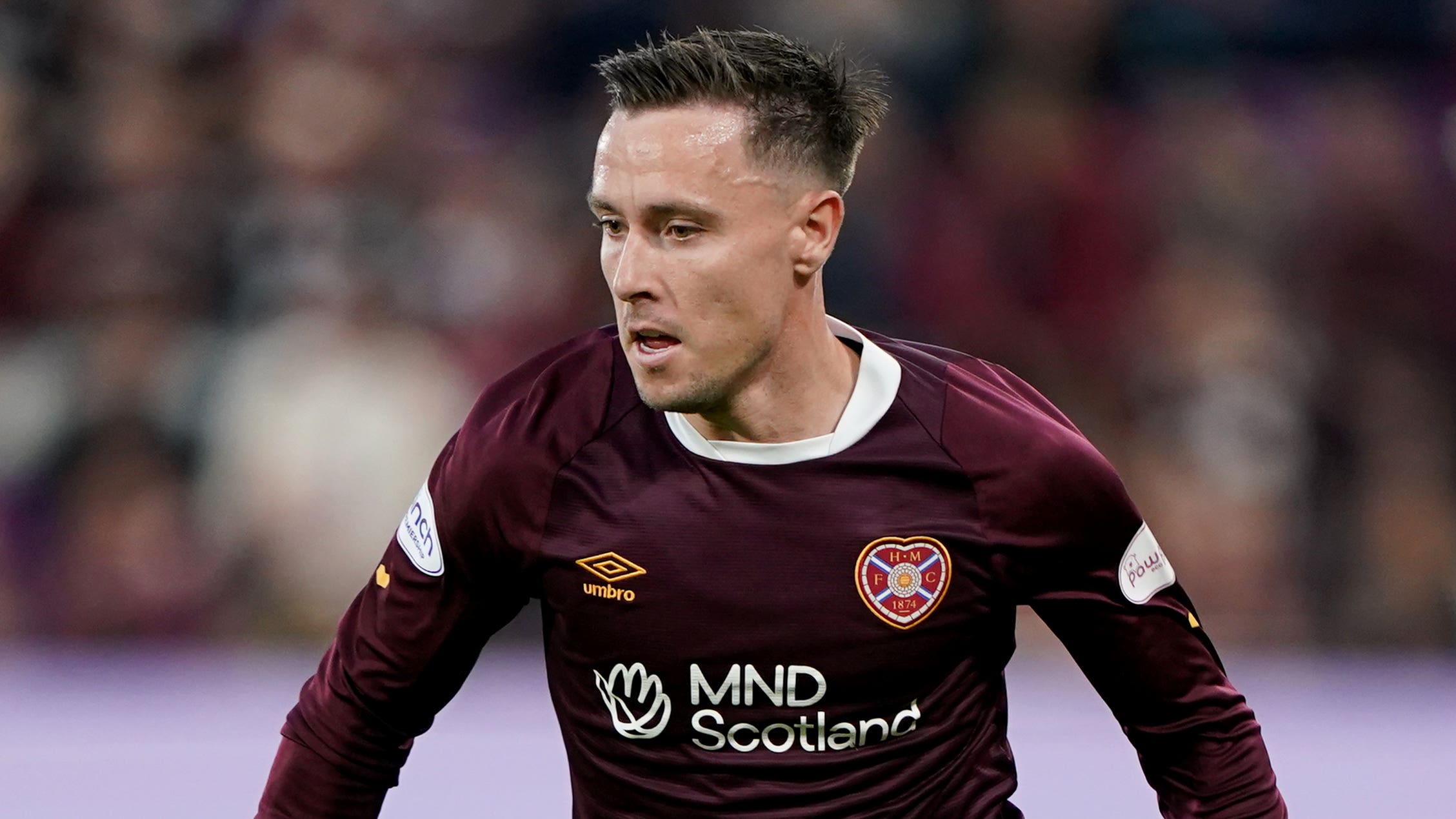 A first-half strike from Barrie McKay was enough to secure a hard-fought 1-0 cinch Premiership win for Hearts over St Mirren at Tynecastle.

The victory moved the Jambos six points clear of Aberdeen in the race for third place.

Hearts boss Robbie Neilson was sent to the stand for incurring the wrath of the officials as St Mirren came on strong in the closing stages.

The Jambos made two changes to the side that started the 1-1 draw away to Saints last weekend as Alan Forrest and Cammy Devlin dropped out, with Andy Halliday returning from injury and James Hill handed his debut after arriving on loan from Bournemouth this week.

St Mirren made three enforced alterations to their defence as Ryan Strain dropped out through injury and Marcus Fraser and Charles Dunne missed out through suspension. Richard Taylor, Declan Gallagher and Ryan Flynn were all added to the side.

The Buddies had the first sight of goal in the 10th minute when the hosts failed to deal with a corner but Curtis Main’s shot from 12 yards out lacked the power to trouble Zander Clark.

Hearts had plenty of the ball in the early stages but their first proper chance did not arrive until the 18th minute when Robert Snodgrass’s free-kick from wide on the left found Lawrence Shankland at the back post but the striker’s header was easily dealt with by Trevor Carson.

The Jambos went ahead in the 29th minute when McKay lashed home a magnificent finish from the edge of the box after exchanging passes with both Shankland and Halliday in the build-up.

Hearts had a chance to double their lead in the 42nd minute but defender Taylor threw his body bravely in front of Shankland’s powerful angled strike from just inside the box.

The hosts had further opportunities to stretch their advantage in the opening stages of the second half but Halliday fired just over after good work from Alex Cochrane to set him up before Taylor produced another excellent piece of defending to stop Josh Ginnelly getting a shot away inside the box.

St Mirren were on top for much of the closing half hour and Greg Kiltie fizzed a shot over from the edge of the box in the 64th minute before fellow sub Jonah Ayunga saw a low shot tipped on to the post by Clark six minutes later.

Hearts boss Neilson – who had earlier been yellow carded for dissent towards the officials – was sent to the stand in the 78th minute for making a “spectacles” gesture towards referee David Munro after he dismissed Hearts’ claims for handball against a St Mirren player.

Saints thought they had levelled in the 82nd minute when Clark made a stunning double save to deny Kiltie and then Main before Ayunga knocked the rebound wide.

Hearts spurned a golden chance to ease the pressure in the 90th minute when Stephen Humphrys shot wide of a gaping goal after being released by a pass from fellow sub and debutant Garang Kuol, but the Jambos held on in stoppage time for a crucial three points in their quest to finish third.