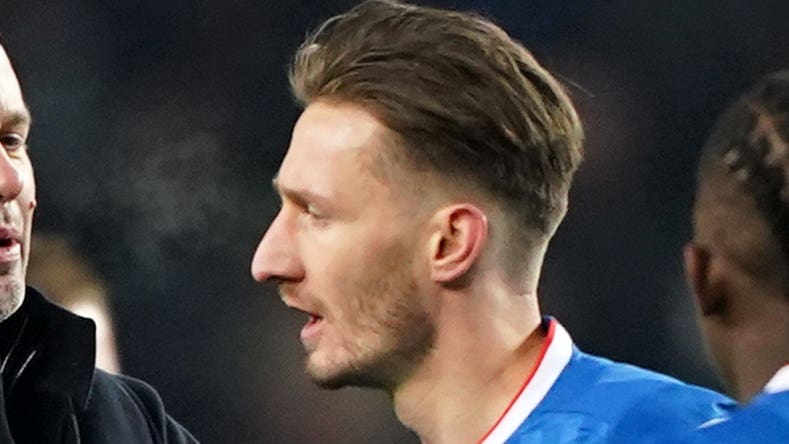 By By Ronnie Esplin PAJanuary 15, 2023No Comments

Ben Davies is relishing the prospect of Rangers’ return to Hampden Park next month, when the first trophy of the season will be up for grabs against Celtic.

Kemar Roofe’s dramatic extra-time winner for the Light Blues against 10-man Aberdeen at the national stadium, after Ryan Jack’s deflected strike had cancelled out an early counter from Dons attacker Bojan Miovski, set up an Old Firm clash on February 26.

Aberdeen finished an exhausting Viaplay Cup semi-final with 10 men after skipper Anthony Stewart was handed a straight red card by referee Nick Walsh for a shocking tackle on Fashion Sakala as the game moved into added time after 90 minutes, but the Dons battled all the way to the end.

While Celtic are nine points clear of Rangers at the top of the cinch Premiership, Davies is looking to strike the first blow in the race for silverware.

The 27-year-old defender, who signed from Liverpool last summer, said: “I enjoyed it out there today. It’s a good stadium.

“Cup finals and things like that are not something I’ve experienced loads of in my career, so it’s good to be involved in one. I’m looking forward to it.

“It’s obviously the first cup to play for in the season. It would obviously be good to win.

“It would be good to come back here, have a good game and hopefully we can win it.”

Davies admitted there should have been no confusion in the Rangers defence about Aberdeen’s opener, which came when Leighton Clarkson’s pass split the back line with Miovski looking offside.

However, Matty Kennedy kept going, past hesitating Light Blues left-back Borna Barasic, to take possession and, when he crossed into the middle, the unmarked North Macedonia international cushioned the ball past Gers keeper Allan McGregor.

Asked if the offside rule was confusing, the former Preston defender said: “I wouldn’t say so. If one player is offside, it doesn’t mean everyone is offside. You have to play to the whistle.

“We got punished on that but I thought we bounced back fairly well.

“Everyone is fine, happy. I think we made it a longer day than we needed to but the main thing is we are through to the final.”