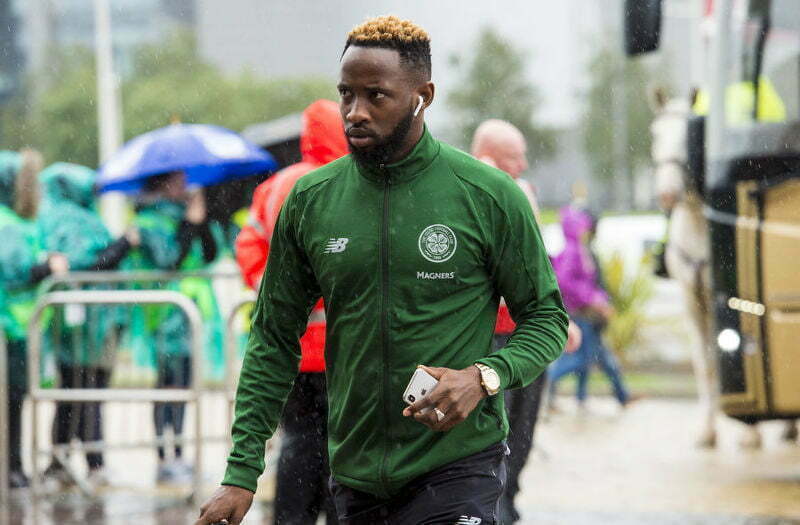 The French striker is subject to interest from Lyon and Marseille ahead of Friday’s transfer deadline.

The Parkhead boss revealed the Hoops forward is having discussions with his representatives.

He said: “Moussa and his representatives were speaking to the club today.

“He’s not a player we want to lose. He’s a phenomenal talent. He’s not going to be here forever.

“Like a lot of the European boys, they develop at a great club and look to move on.

“We don’t want to lose a top class player without having a replacement.

“There’s not been an official bid but interest. It’s the ‘what-if’ scenario.

“You always have to be prepared for that. That’s natural. It’s not an ideal situation, with a few days to go.”

He added: “It’s one where we hope to ensure by the end of the window we are strong.

“We are looking for players to come in and freshen up the squad and also fit in to what we are doing.

“There’s a lot of work going on behind the scenes to try and improve the squad.”

The Hoops boss revealed he will have discussions with the Frenchman ahead of tomorrow night’s Europa League play-off second leg against FK Suduva.

Brendan Rodgers side have the advantage over the visitors after a 1-1 draw in Lithuania last week.

But the Hoops boss is adamant his players must complete the job in Glasgow tomorrow night.

He said: “The Europa League provides us with an opportunity to play against really good teams and to develop.

“We have a great opportunity to finish the job at home and go into a prestigious tournament for us which is important.

“It’s important for us to have European football at least through to Christmas and that’s something we want to do.

“It’s an opportunity for all of us to play against really good teams and work against very good managers.

“It’s a competition we can use our experience and do well in. We were disappointed going out last season especially after playing well at home.

“We need the support behind us and get into what is a very good European competition.”

Brendan Rodgers confirmed the former PSG youngster is back in the mix after a few weeks on the sidelines.

He said: “Odsonne is back training and looking very good. He’s been a miss for us.

“He’s a big talent but it’s great to have him back.”