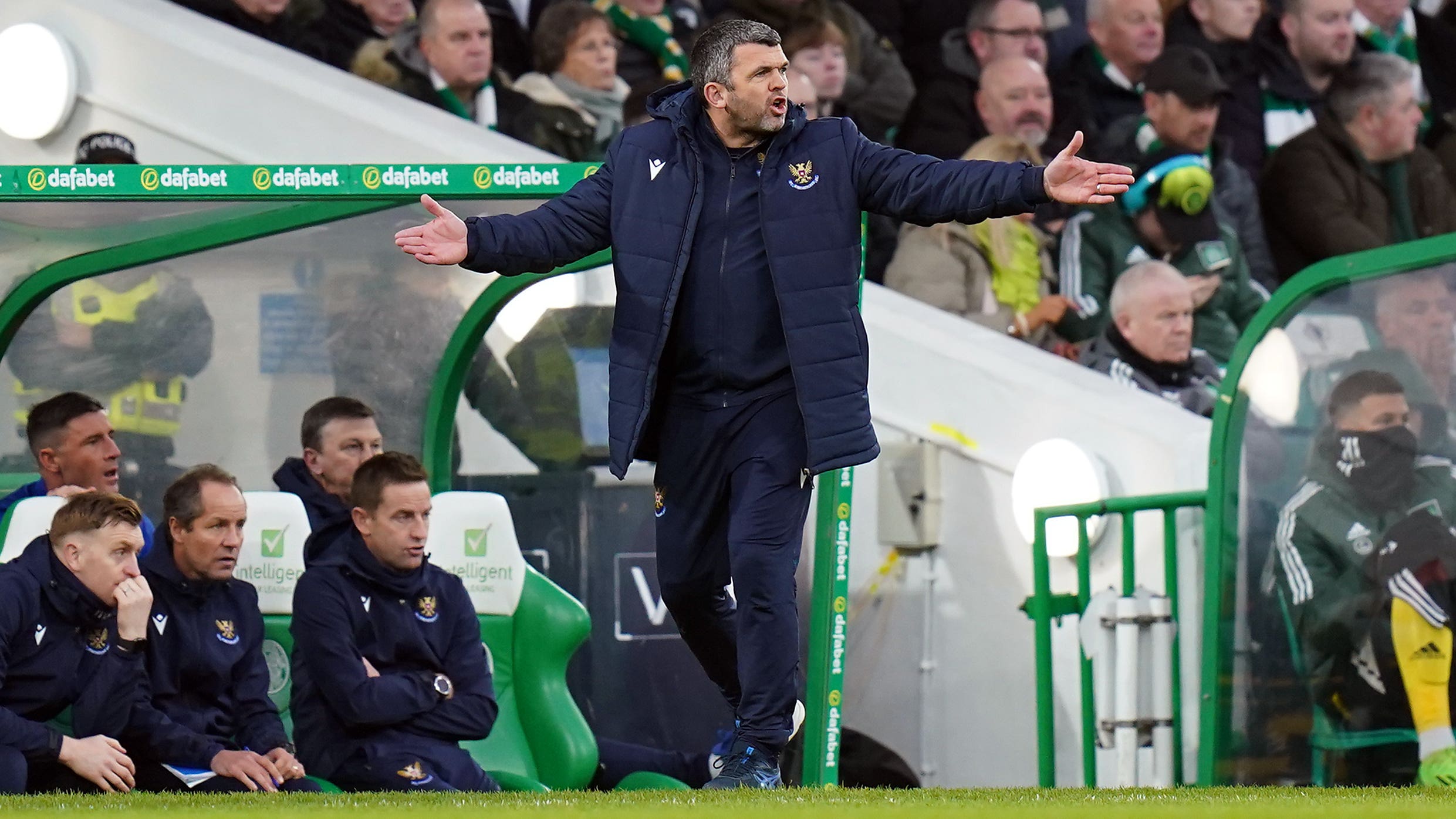 By By Gavin McCafferty PADecember 27, 2022No Comments

Davidson wants his players to continue looking upwards after coming through a difficult campaign which ended with a play-off victory over Inverness.

Saints host Hearts on Wednesday sitting fifth in the table, one point off third spot, after a six-match unbeaten run ended at Celtic Park on Christmas Eve.

Davidson said: “It will be nice to get back on our home pitch. We haven’t played on it for a couple of months now.

“It’s a big game, we have got three or four really big games to finish off the second quarter. It’s been a real successful time. We are in a good place.

“We really need to focus. We really want to finish in the top six so it’s a collective aim and thought process with the players.”

Davidson’s aims are helped by the easing of a previously lengthy injury list. Cammy MacPherson has made his comeback with Callum Booth pushing for his and both Murray Davidson and Chris Kane not far off fitness.

The likes of David Wotherspoon and Jamie Murphy did not get a game against the champions and Ali Crawford missed out on a start despite hitting a match-winning double against Ross County the previous Saturday.

The Saints manager said: “We will assess the squad after the Celtic game. We might have to tweak the formation.

“I had to leave three players out of the squad on Saturday that I wouldn’t want to leave out.

“So we are in a really good position regarding the size of the squad and the calibre of player we have got. It makes it difficult for me to pick the team.

“Ali Crawford was really unlucky to get left out the Celtic game. He will definitely come into contention for the Hearts game.”