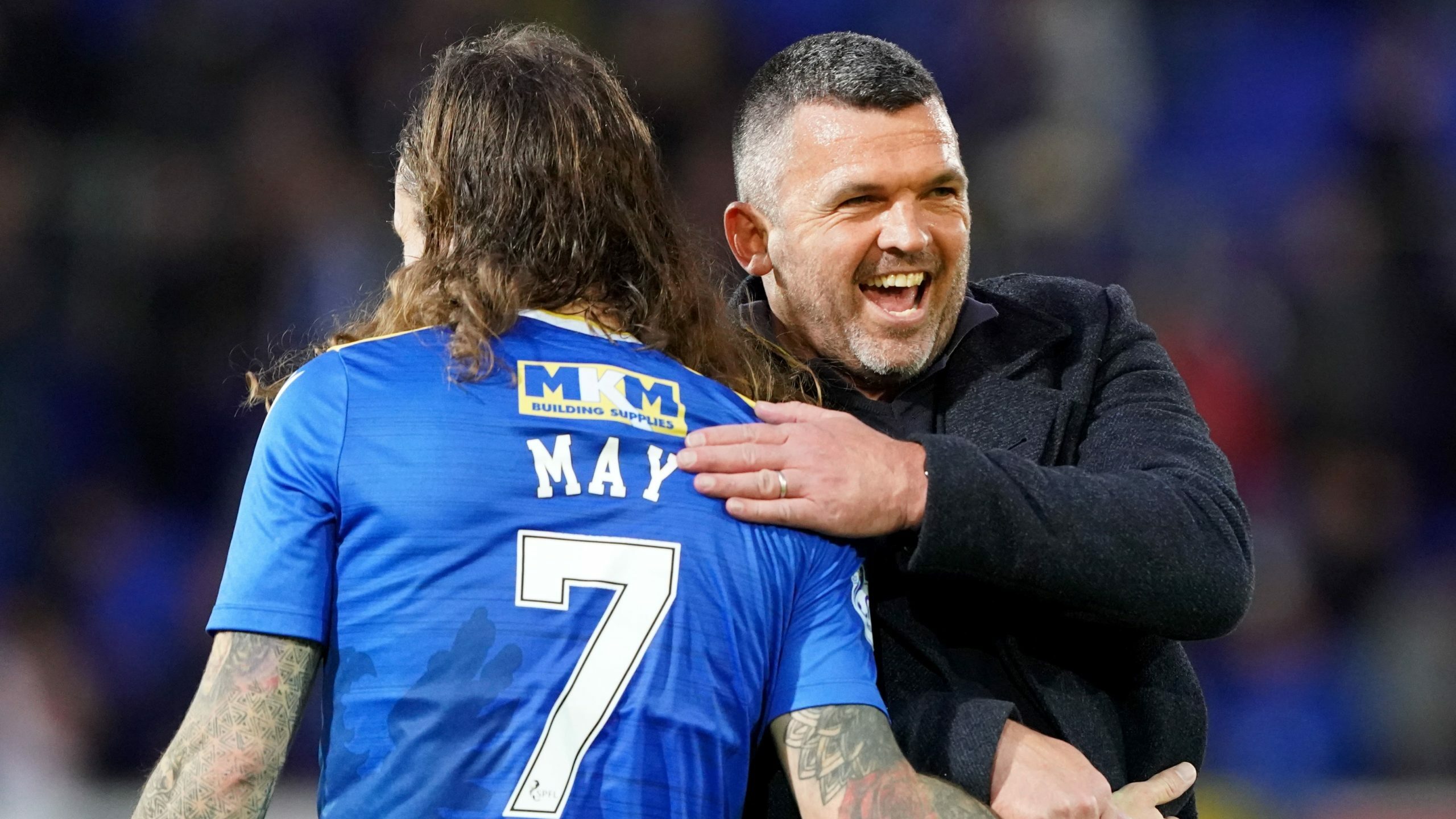 St Johnstone manager Callum Davidson hailed striker Stevie May after the striker’s shot deflected in off Ash Taylor to give his side a 1-0 victory over Kilmarnock at McDiarmid Park.

The tireless May – who also grabbed the winner against Hibernian last weekend – was a constant threat to the Kilmarnock backline and was inches away from a headed goal in the second half as the Saints made it back-to-back wins to move up to seventh in the cinch Premiership.

Davidson said: “I thought he was outstanding. Out of the two of them today (strikers) I thought May was the one who gave me the energy and the enthusiasm.

“It was great for him to get a goal again. I thought he was the one who was getting us up and creating us chances and I thought Connor McLennan was really good when he came on and so were David Wotherspoon and Theo Bair, so a lot of positives at that end.

“There’s other things we can get better at but Stevie, if he continues this form, I’ll be absolutely delighted.”

Davidson is not getting carried away with St Johnstone’s league position and insisted there will be lots of twists and turns throughout the season.

“I think the table is going to be really tight,” he added. “A couple of games ago we were a point off the bottom, so it’s going to be like that all season. I’ve said it all along – there will be highs and lows throughout the season.

“For me, I think we can do a lot better. We can be better as a team, as a group but again the most important thing is picking up the three points on a Saturday.”

Kilmarnock manager Derek McInnes felt his team improved after the break and were unfortunate not to get something from a tight encounter.

He said: “The performance merited getting something from the game. We have to come from behind.

“When you come to St Johnstone as an away team you have to impose yourself on the game.

“We lost such a scrappy goal. We’re only maybe at fault for losing Stevie May in the box. He shoots and it’s going across goal until it hits off Ash’s ankle. It’s scruffy. It’s harsh on us.

“But, if you’re going to lose a goal it’s better to lose it early on in the game. It gives you every chance to get back into it.

“St Johnstone’s shape was different to what they normally do, I felt we needed an extra midfielder on the pitch. Liam Donnelly came on and I thought we were instantly better.

“We were decent in the first half, then second half we were by far the better team. St Johnstone have clearly got something to hold onto. They’ve got a counter-attacking threat. You’re always wary of that.

“By and large we had a lot of territory and saw plenty of penalty-box action.”