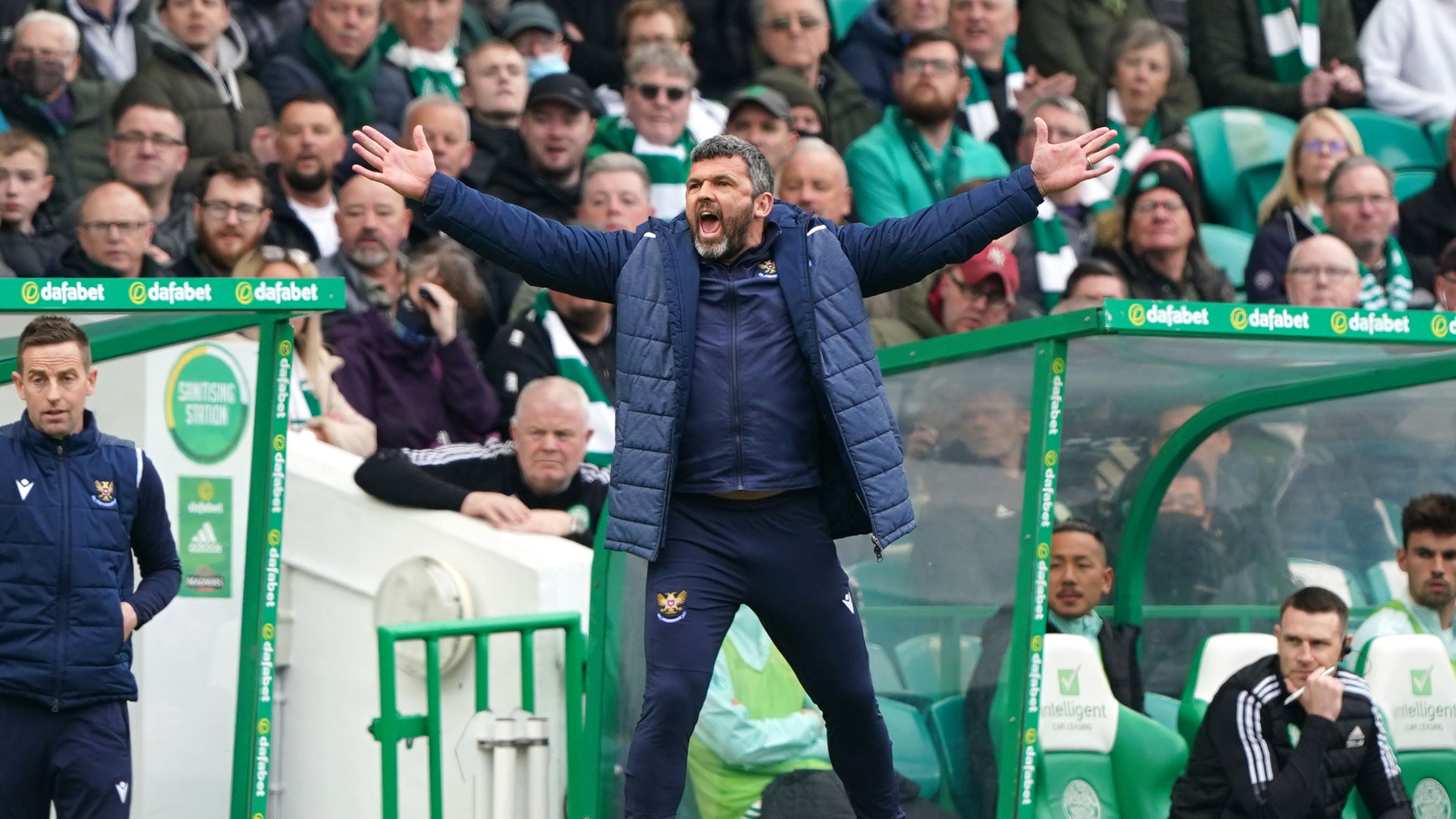 By By Gavin McCafferty PAJanuary 6, 2023No Comments

St Johnstone manager Callum Davidson aims to turn the Aberdeen fans on their team’s backs at Pittodrie but he knows his own side will need to improve if they are to get back to winning ways.

Aberdeen stopped a four-game losing run on Monday but were booed off the park after being held to a goalless home draw by Ross County.

Saints were slumping to a third consecutive defeat when they fell to a late Tony Watt goal against Dundee United.

Davidson said: “We have just got to make sure we start the game well and apply pressure on them, try and put them on the back foot and make it as frustrating as possible.

“You know if you can get the supporters to turn that’s great, it gives you half a chance to get a victory.

“I will need to make sure I get the team selection right and make sure we go up and get something out of the game.”

The Perth side have slipped out of the top six after a disappointing festive season.

Davidson said: “We need to start again, we need the players refocused for tough games against Aberdeen and Livingston. All big games, but we need to start picking up wins again and start playing.

“Monday was probably the worst performance of the season and we should have got something out of the game, which says a lot. But we need to start picking up those wins again.”