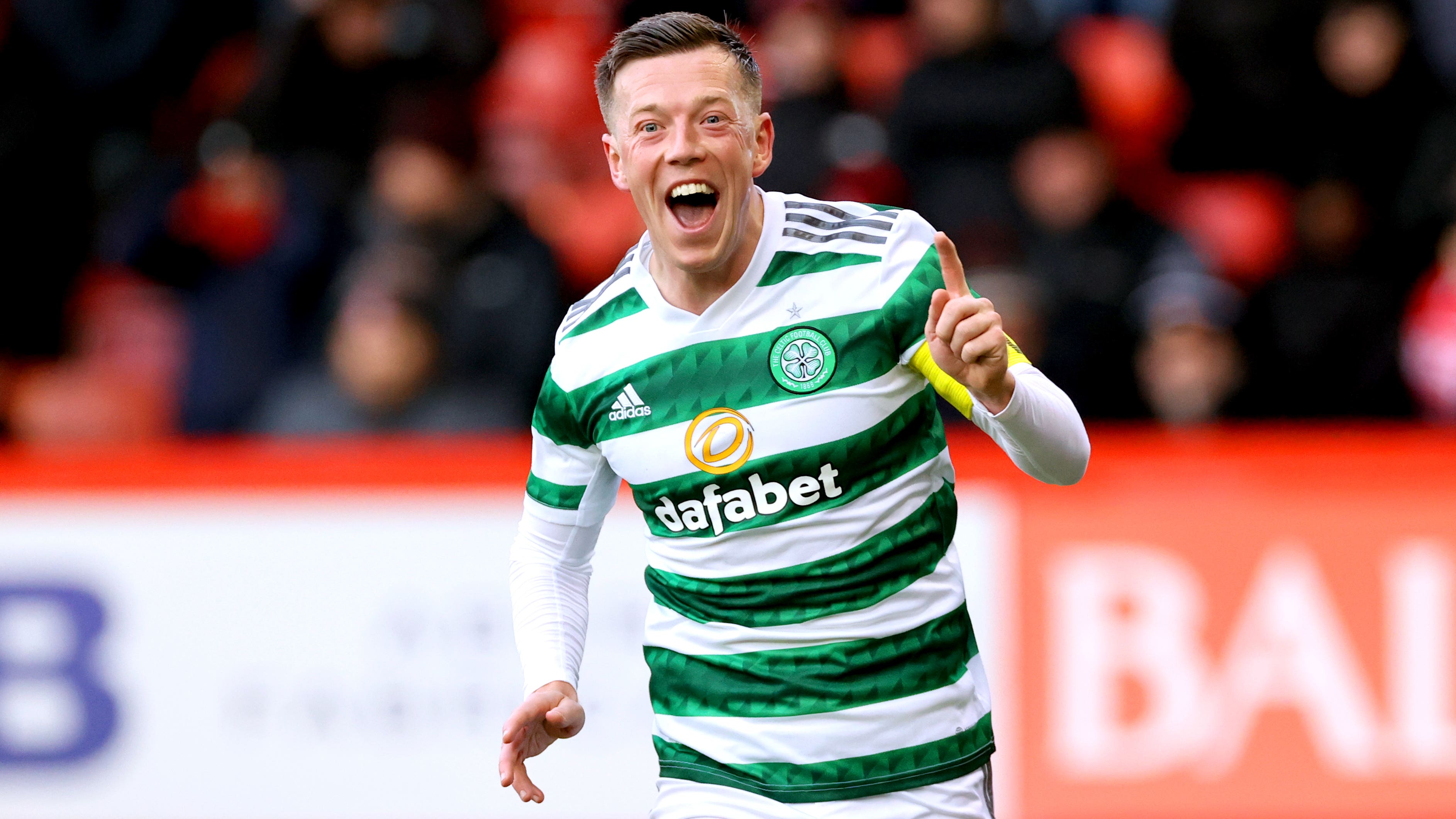 Callum McGregor marked his comeback with a brilliant late winner as Celtic finally ended Aberdeen’s resistance in a one-sided Pittodrie encounter which they won 1-0.

The captain again showed his importance as he made the difference on his first appearance since suffering a knee injury in Leipzig on October 5 to restore Celtic’s nine-point lead at the top of the cinch Premiership.

The champions were utterly dominant against a cautious home side but looked like they would be frustrated until the 87th minute.

James Forrest back-heeled into the path of McGregor after coming inside from the left and the midfielder arrowed a 20-yard drive just inside the far post.

The bulk of the 15,567 crowd who braved what Aberdeen called “hazardous” and icy conditions outside Pittodrie were given little to cheer other than some resolute penalty-box defending.

Celtic had 33 efforts at goal compared to Aberdeen’s two, both of which were off target, and Ange Postecoglou’s side enjoyed 80 per cent possession.

The visitors returned to action after the World Cup break with Cameron Carter-Vickers and Daizen Maeda starting following their exploits in Qatar. However, they were without Sead Haksabanovic after the Premiership player of the month suffered a knock in training on Friday.

Aberdeen started with Jack MacKenzie in a back three, with Liam Scales unable to face his parent club, and the Dons set out their stall to sit deep and frustrate the leaders.

The tactic largely worked in the first half, with Celtic only managing four efforts on target and none of them too threatening.

Jota saw a long-range strike parried by Kelle Roos, who later stopped a penalty-box effort from Reo Hatate before clawing the loose ball away as Maeda and Kyogo Furuhashi descended.

Anthony Stewart comfortably cleared off the line from Furuhashi after the striker rounded Roos and tried to squeeze the ball home from a very tight angle, and the goalkeeper gathered a McGregor effort after Ross McCrorie’s block had taken the sting out of the powerful strike.

The only time the hosts threatened before the break was when Leighton Clarkson curled a free-kick not far over the top corner after Luis ‘Duk’ Lopes won a soft free-kick after a lung-bursting run had fizzled out.

Liel Abada came on for the start of the second half for Maeda and gave Celtic added cutting edge.

The Israel winger set up Celtic’s best chance so far after Anthony Ralston’s pass inside wing-back Hayden Coulson, but Furuhashi could only make contact with his shin from six yards and ball spun beyond the far post.

Abada soon had his own effort stopped and continued to look creative.

It was one-way traffic and Furuhashi missed another decent chance when he knocked Ralston’s cross wide before Greg Taylor drilled wide after Matt O’Riley’s cutback.

Celtic brought on Giorgos Giakoumakis, David Turnbull and Forrest with 17 minutes left while Bojan Miovski limped off for the Dons after a frustrating afternoon up front. Jonny Hayes came on.

The latter set up Abada, who beat a man and fired a shot that Roos pushed over and the pressure soon paid off when McGregor struck.

It was too late for Aberdeen to come back and McCrorie fired well over.