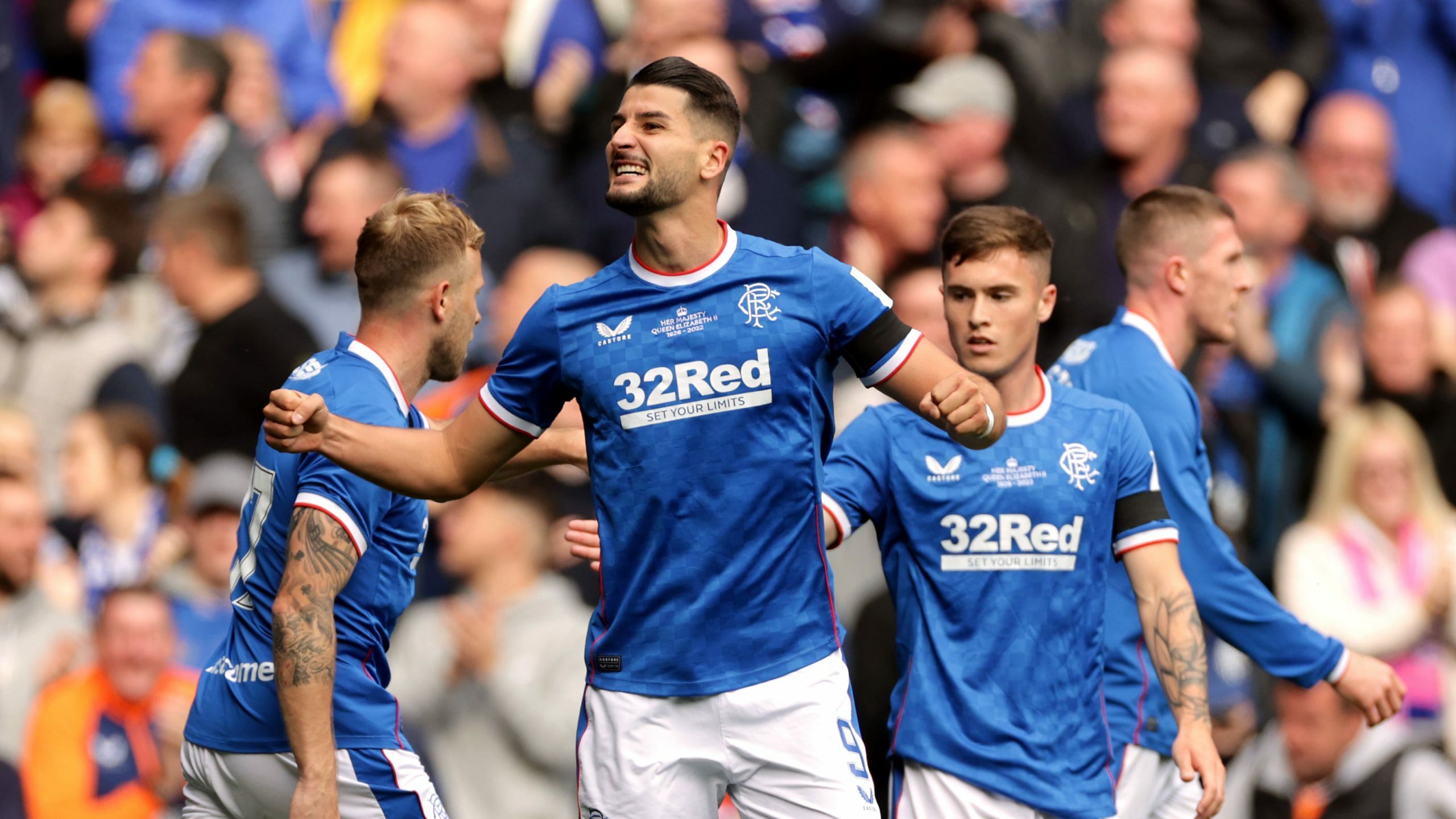 By By Ronnie Esplin PASeptember 17, 2022No Comments

Antonio Colak revealed his ‘shut up’ gesture to the Dundee United fans after scoring the first of his double in Rangers’ 2-1 win at Ibrox was a response to their disrupting of the minute’s silence in memory of the Queen.

Boos and chanting could be heard coming from the corner of the stadium housing several hundred Terrors supporters during the silence, with the Light Blues fans responding angrily following the national anthem.

Colak, celebrating his 29th birthday, put his fingers to his lips after firing the home side ahead after eight minutes and the Croatia international added a second after the interval, before Liam Smith reduced the deficit for the visitors.

Colak said: “We were silent at the start of the game because we know why.

“It is all about respect.

“It was my emotions because the whole crowd, 50,000 in the stadium, had this respect but some people didn’t have that.

“It was just a moment and everyone should understand it.”

After the game United released a statement on their official website which read: “Dundee United are aware of the actions of a small section of the crowd who chose to not respect the minute’s silence before this afternoon’s match at Ibrox.

“As a club, ahead of the game we reached out to advise our supporters of the pre-match arrangements with the expectation that the minute silence would be observed.”