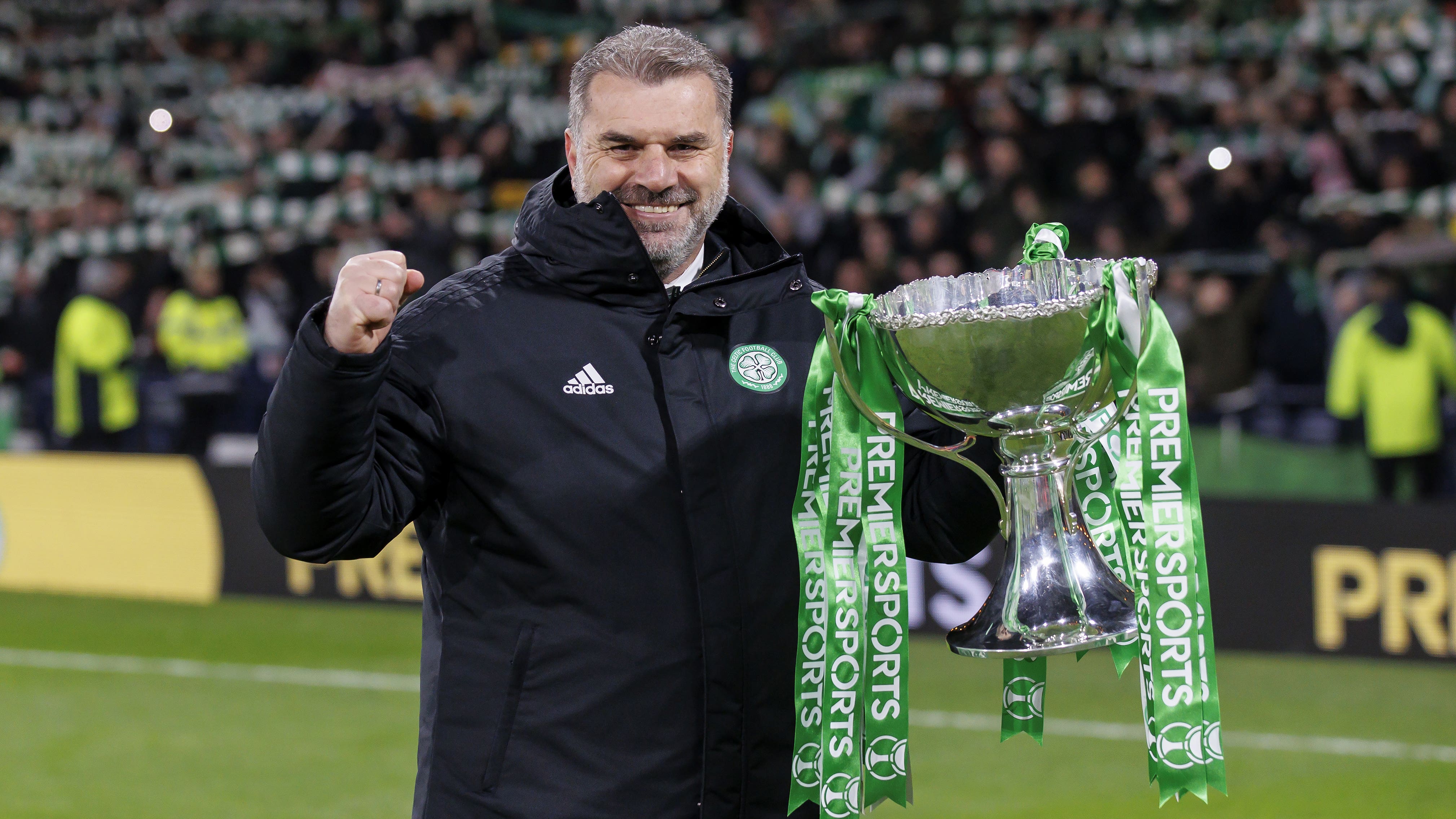 Ange Postecoglou has warned Celtic they cannot allow Saturday’s cinch Premiership victory over Kilmarnock to lull them into a false sense of security ahead of this weekend’s rematch in the Viaplay Cup semi-final.

The Hoops defeated Derek McInnes’s men 2-0 at Parkhead and the sides reconvene a few miles across Glasgow at Hampden on Saturday.

However, Postecoglou is adamant Celtic cannot take progress to the final for granted because he feels cup football naturally allows underdogs to play with less pressure.

“You just have to look at what happened down south in the FA Cup over the weekend and cup football in general,” he said, referring to the fact Premier League trio Nottingham Forest, Newcastle and Aston Villa all lost to lower-league sides in the third round.

“I’ve been around long enough to know that there’s always a different element to it (cup football).

“It allows players to play with less fear even though there’s so much on the line because when you aren’t expected to win you have nothing to lose.

“It’s not like you’re losing three points and falling behind in the table, you give it all out there and see what comes of it and we need to be ready to deal with that and have the same sort of mentality.

“It’s a unique situation where you’re playing the same team two weeks in a row. I’ve no doubt Derek McInnes will have his team up for it and we have to be ready, but we’ll be up for it.”

Postecoglou had mixed fortunes in his three visits to Hampden last season. In the League Cup, he oversaw victory in the semi-final against St Johnstone and the final against Hibernian before losing the Scottish Cup semi-final to Rangers in April.

“I’ve enjoyed the wins and didn’t enjoy the loss,” he said, reflecting on his experiences of the national stadium.

“It’s a unique venue in that whenever you play at Hampden you know there’s something on the line. Playing there isn’t just another game, it’s always either a semi-final or a final.

“I think it makes for a great occasion and certainly for us we look forward to it. For us to make it memorable, we have to perform well and win.”

The League Cup was the first trophy Postecoglou won as Celtic manager, and he feels that success in December 2021 represents a notable landmark on his team’s progress.

“In the context of where we were on our journey, to win a trophy early certainly helped fast-track a lot of the things that I wanted to implement,” he said.

“When you win a major trophy in the first three months of your tenure it just garners belief in everything you’re doing and accelerates everyone’s learnings and they want more of it.

“We’re talking about having success, it’s not something abstract, and you felt it as part of a group so certainly in the context of where we are now it was a very important part of our season.”