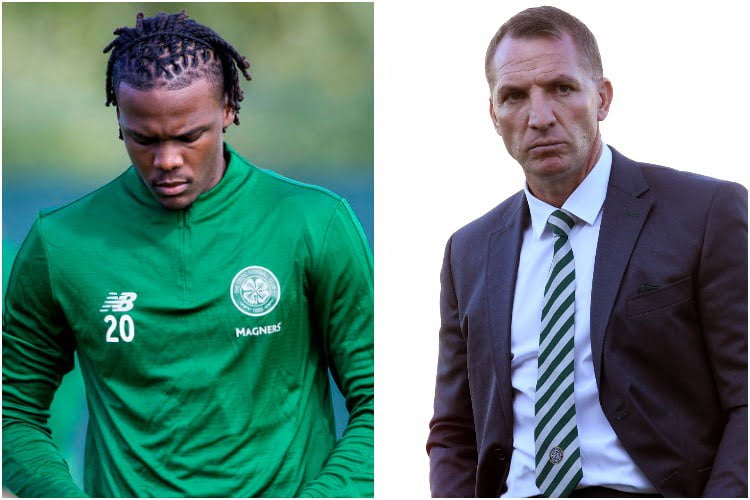 The Hoops boss has another defensive dilemma ahead of Sunday’s league clash with Hamilton Accies, with Jack Hendry, Marvin Compper and Jozo Šimunović all ruled out.

While want away Belgian Dedryck Boyata is set to exit the Parkhead club after failing to turn out for the Hoops since his return from the World Cup in Russia.

Celtic rejected a bid for the defender from Fulham before the English transfer window slammed shut.

Reports today suggest Turkish sides Fenerbahce and Galatasaray could be set to offer the player an exit route.

The Irishman appeared to take a thinly veiled swipe at the 27-year-old, saying: “I think players react to situations in different ways.

“I’ve had experience of it before where there’s been a contrast in reaction.

“The guys here tell me about a situation with Virgl van Dijk when he had the opportunity to go but he stayed on for a further year when his teammates needed him.

“He’s now gone on to be one of the top centre-half’s in the Premier League if not Europe so players react differently to it.”

Celtic go into the weekend’s home tie after picking up just three points from six in their opening two games of the season.

The Scottish champions ran out 3-1 winners over Livingston on the opening day before falling to a 1-0 away defeat to Hearts.

Rodgers will be hoping his players can re-group and restore some confidence after a dismal 1-1 draw away to Suduva in the Europa League last night.

He said: “Players are emotionally different and my job is to try to ensure the focus stays within the squad.

“We have to continue performing and winning games.”