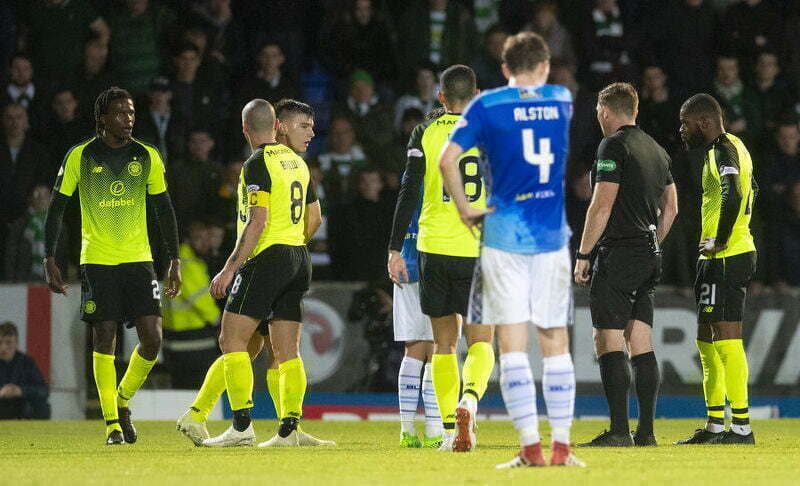 The Belgian defender was shown a straight red card for dissent after appearing to challenge the referee over a tackle as St Johnstone broke up the pitch.

Referee John Beaton appeared to be ready to hand the Parkhead star a yellow before issuing a red to the player for his actions.

The World Cup star told fans on Instagram: “Not an easy victory but great reaction from all the players.

“It was a tough match, we gave everything until the end. I just regret the red card on the last minute.

“Now lets focus for the next game.”

Hoops boss Brendan Rodgers branded the sending off, which will see the centre-back miss the semi-final against Hearts, a “stupid red card”.

After the much needed win the Celtic manager said: “I watched it back after. It’s a stupid red card.

“He had enough opportunities not to get sent off. Dedryck feels as if he should’ve had a free-kick but didn’t get it.

“Not what we would want to be honest.”

Kristoffer Ajer could also miss the showpiece clash after he limped off in the first half with a hamstring injury.