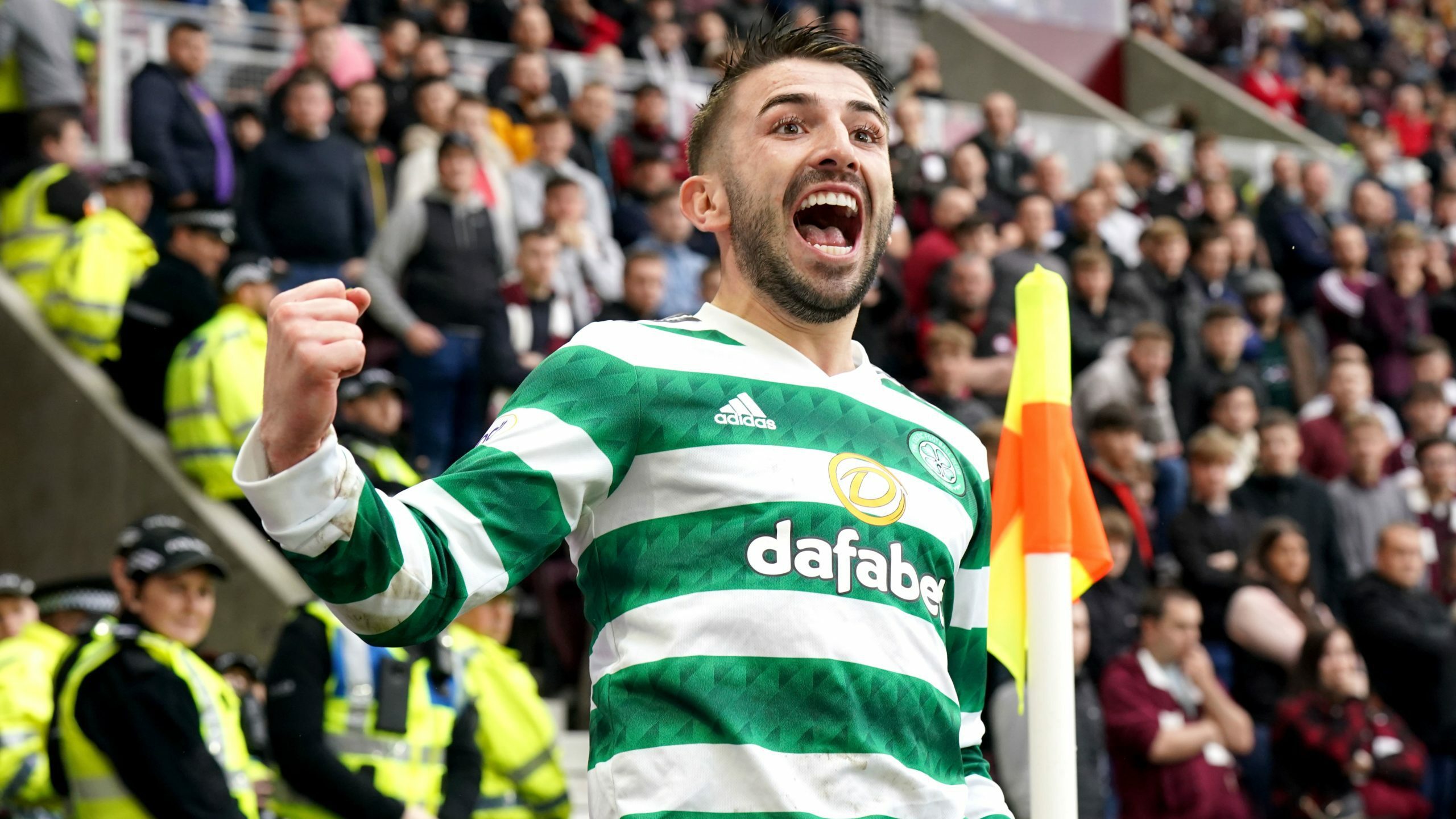 By By Gavin McCafferty PAOctober 22, 2022No Comments

Scottish football witnessed major VAR controversy in the system’s second game in use as Celtic edged a seven-goal thriller at Tynecastle.

Hearts substitute Lawrence Shankland hit a hat-trick but was upstaged by the cinch Premiership leaders, who secured a 4-3 victory thanks to Greg Taylor’s 76th-minute winner.

Decisions were confirmed by VAR checks during St Johnstone’s win over Hibernian on Friday, but the first intervention came in first-half stoppage time across Edinburgh when referee Nick Walsh was told to look again at Cameron Carter-Vickers’ challenge on Cammy Devlin by video assistant Steven McLean.

Walsh went to his monitor to watch footage which clearly showed Devlin got the ball before being brought down. Shankland netted from the spot to make it 1-1.

Moments later Celtic appealed for a penalty when the ball hit Michael Smith’s arm in the box after being flicked up by Forrest. Walsh again played on and, after a much shorter delay while McLean checked the footage, the game continued.

Smith had appeared to move his arm towards the ball and Celtic manager Ange Postecolgou could not believe the decision, laughing and clapping sarcastically.

There was an earlier contentious decision as Anthony Ralston put the ball in the Hearts net which VAR confirmed, and the video official ordered a retake of the home team’s second penalty of the day.

The tone for the game was set early. Barrie McKay saw a first-time effort saved by Joe Hart and Maeda was off target from a similar opportunity.

Celtic left-back Alexandro Bernabei gave the ball away on a number of occasions and one moment led to Robert Snodgrass waltzing through the Celtic defence only for Hart to come out and deny him.

Celtic went straight up the park and scored a 14th-minute opener. Ralston burst on to Reo Hatate’s inside pass and drove the ball into the goalmouth from the by-line. Craig Gordon looked like he would have gathered had Orestis Kiomourtzoglou not slid in to attempt to clear, and the ball spun up for Forrest to nod home.

The first significant delay to proceedings came after Walsh blew for a free-kick to Hearts just before Ralston dived to head home Aaron Mooy’s free-kick. Gordon was eventually allowed to take the free-kick by Walsh although there appeared little wrong when Giakoumakis collided with Kiomourtzoglou.

Hearts striker Stephen Humphrys was causing Celtic problems and threatened with two shots before going off injured in the 39th minute. Shankland came on.

The action continued at both ends. Hatate could not control the ball after being played in following an excellent Celtic move and Kiomourtzoglou headed just wide.

Shankland levelled from the spot three minutes into stoppage time and the drama did not let up after Celtic’s penalty claim was rejected.

The former Dundee United striker put the hosts in front 90 seconds after the restart when he turned home Ginnelly’s low cross from close range.

The action was relentless. Mooy missed a sitter and Devlin sliced wide before Forrest had a shot saved. Giakoumakis equalised when he headed home Mooy’s corner in the 55th minute.

Celtic were ahead four minutes later when Maeda raced in to net after Gordon palmed Mooy’s 22-yard strike.

Walsh gave Hearts’ second penalty immediately after Devlin beat Moritz Jenz to a cross. After a check, Shankland saw his effort saved by Hart and miskicked his follow-up but Ginnelly raced in to knock home.

VAR official McLean ordered a retake after the winger and Jenz were shown to be encroaching. Shankland lapped up the second chance to claim his hat-trick by sending Hart the wrong way in the 65th minute.

Postecoglou immediately sent on Sead Haksabanovic, Liel Abada and Taylor and the latter two combined to put Celtic back in front. The left-back burst into the six-yard box to stab home Abada’s deflected shot.

Abada was denied by Gordon and then the offside flag as Celtic saw out the dramatic win without any more scares.