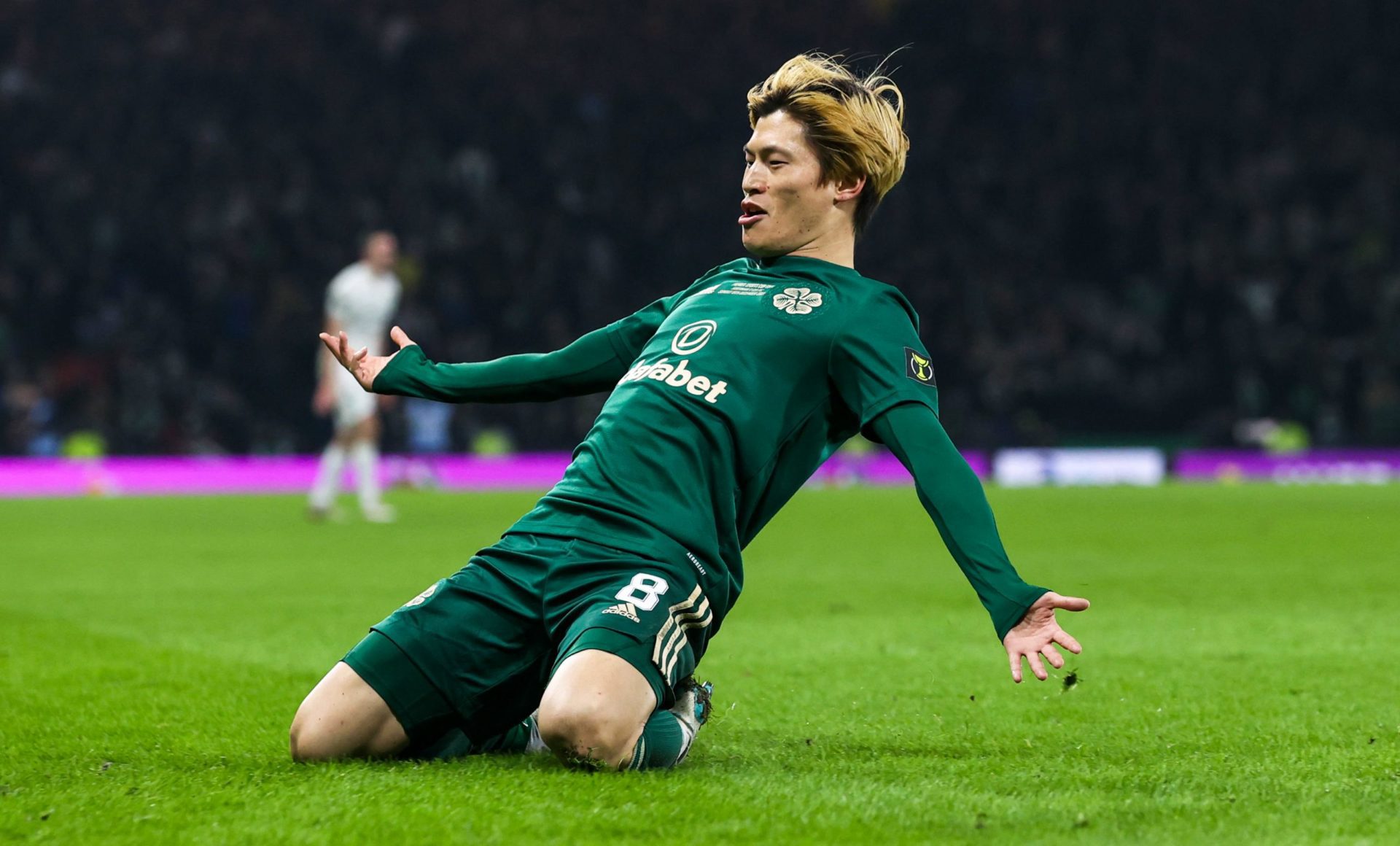 Celtic have been handed a derby boost as forward Kyogo is set to stay in Glasgow during Japan’s final World Cup qualifying matches later this month.

The Hoops feared that they could be without their Japanese talisman for their clash with Rangers on February 2 with international duty beckoning.

However, Japan boss Hajime Moriyasu says it is unlikely that the Celtic forward will be selected when the squad is named later this month.

Via a report on Yahoo! Japan, Moriyasu admits it would be “difficult” to call up Kyogo, Sampdoria defender Maya Yoshida and Union Berlin wide man Kaoru Mitoma.

However, Moriyasu hinted that his decision has been influenced by injury concerns, adding that “several players will not be able to join up due to injury”.

Kyogo limped off in Celtic’s last league outing before the winter break – a 3-1 win over St. Johnstone – with an apparent reoccurrence of his hamstring problem.

The Japanese fired the Hoops to League Cup glory for the break, and Postecoglou did not confirm whether the forward would be available for Celtic’s clash with Hibernian on Monday evening.

The Celtic Park side has added three Japanese players to their ranks this month, with Daizen Maeda, Reo Hatate and Yosuke Ideguchi arriving from the J-League.