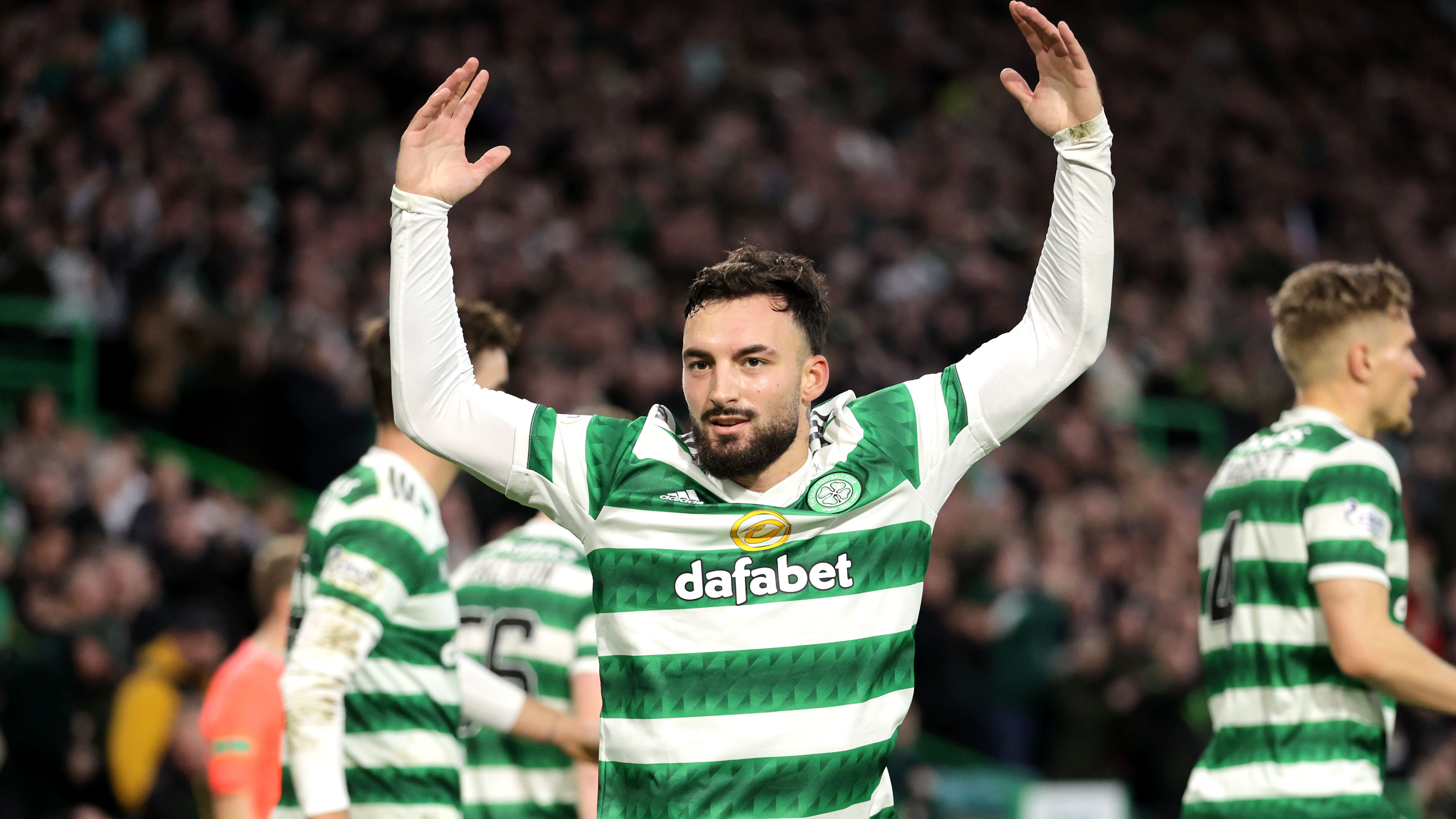 By By Gavin McCafferty PANovember 12, 2022No Comments

Cinch Premiership leaders Celtic came from behind to beat Ross County 2-1 and move nine points clear of Rangers after conceding their fourth penalty for handball in as many games.

David Cancola put County ahead early in the second half at Celtic Park after Matt O’Riley was penalised by referee David Munro.

Home manager Ange Postecoglou stood with his hands covering his mouth in shock after Johnson kicked the ball off O’Riley from close range on the side of the box. The midfielder was moving his arm closer to his body but the decision was backed by video assistant referee Euan Anderson.

Celtic were soon denied a penalty claim and the controversy sparked them into life. Goals in quick succession from David Turnbull and Sead Haksabanovic made it nine consecutive domestic wins since the most recent international break.

The victory ensured Celtic exploited the opportunity presented by Rangers’ earlier draw with St Mirren and go into the World Cup break, and their trip to Australia for the Sydney Super Cup, with a commanding lead over their rivals.

A pre-match period of silence to mark Remembrance Day was disrupted by some boos and a rendition of “If you hate the Royal Family, clap your hands”. Others chose to stay in the concourse during the ceremony, including the entire lower half of the standing section.

Postecoglou made six changes following the narrow midweek win at Motherwell and Celtic lacked a spark to their first-half play, although Kyogo Furuhashi had several chances.

The Japanese striker glanced a header on to the roof of the net with a decent effort, but then dragged a shot wide after being played clean through by Reo Hatate. The centre-forward took a heavy touch after being set up by Haksabanovic and later lobbed an ambitious effort over.

O’Riley shot just wide from 25 yards but County goalkeeper Ross Laidlaw survived the half without being seriously tested, although he spilled a long-range effort from Cameron Carter-Vickers, who got a new central defensive partner in Carl Starfelt when Mortiz Jenz went off with a head knock.

The game exploded into life five minutes into the second half as Cancola made it three games from three that County have scored against Celtic this season.

Celtic immediately found an urgency to their play and Laidlaw produced an excellent diving stop from Turnbull’s curling effort.

The home fans’ sense of grievance multiplied when Munro waved away appeals for a penalty after Anthony Ralston went down amid close attention from behind from opposite right-back Johnson, a decision confirmed by a VAR check.

Furuhashi volleyed over before Celtic levelled in the 62nd minute. Hatate danced round the outside of the narrow County defence and cut back for Turnbull, who took a touch and stuck the ball through Laidlaw’s legs.

The champions were ahead six minutes later. Haksabanovic exchanged short passes with Turnbull and then Hatate before passing the ball just inside the far post from 15 yards.

Jota, Liel Abada and Giorgos Giakoumakis were waiting to come on as the goal went in but the new forward trio could not add to the lead, the Greek striker coming closest with a close-range effort that was deflected wide.