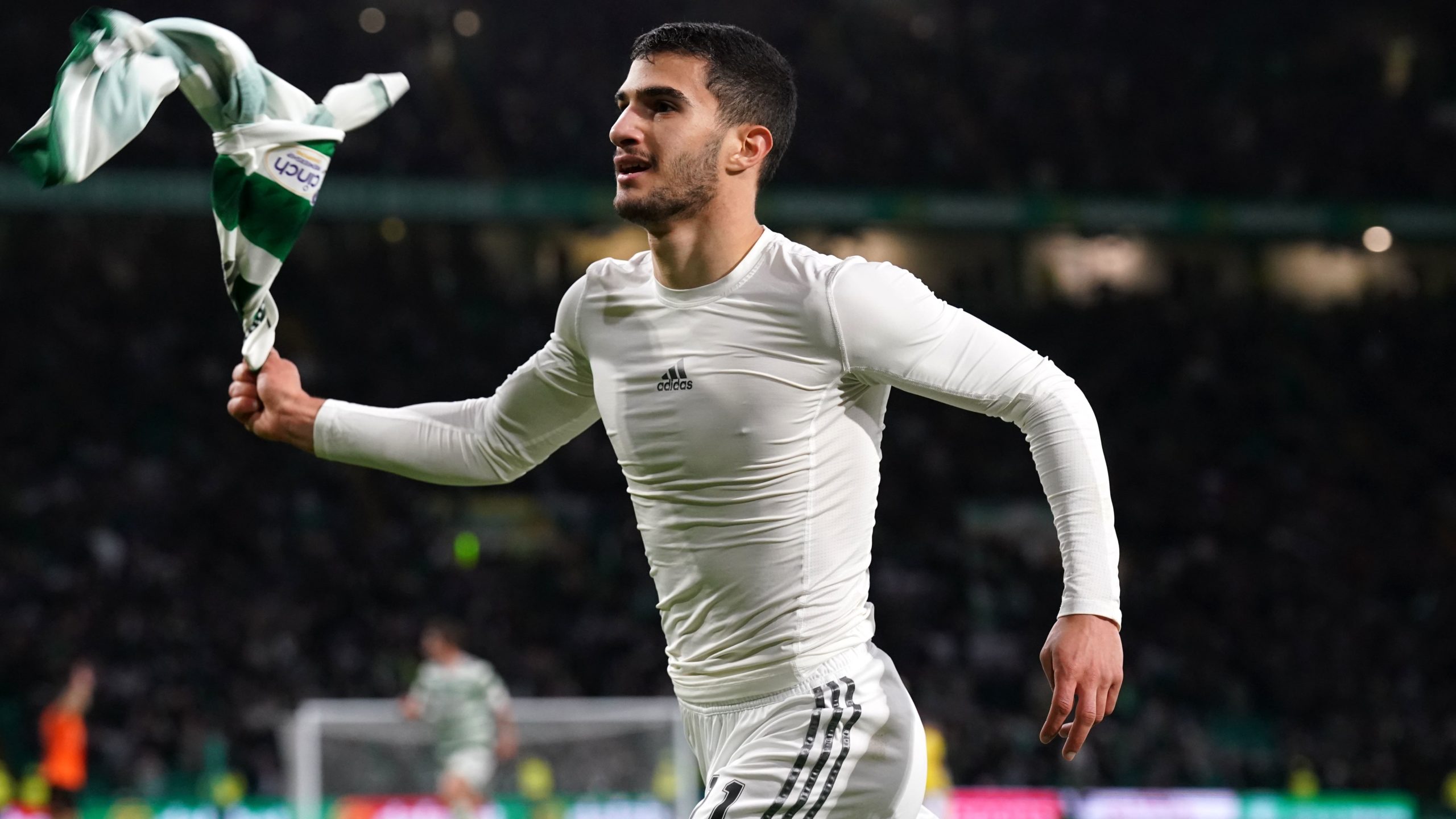 Celtic strike at the death to break Dundee United hearts

Celtic substitutes Kyogo Furuhashi and Liel Abada scored in a dramatic finale to earn the cinch Premiership champions a 4-2 victory over Dundee United.

United looked like they might earn themselves a point when they equalised with three minutes left as Dylan Levitt’s cross ended up in the net. Tony Watt possibly got a slight touch after attempting to glance a header.

However, Furuhashi headed home from a last-minute corner before Abada made sure Celtic went seven points clear before Rangers visit St Johnstone on Sunday.

Sead Haksabanovic had scored his first two goals for Celtic in the first half either side of a VAR-assisted Steven Fletcher penalty and the hosts were almost made to pay for failing to make early second-half pressure count when United improved in the final 20 minutes.

Ange Postecoglou’s side again found a way to dig out three points though to leave United suffering a very different but similarly painful defeat against a side which beat them 9-0 in August.

Another thrashing looked like it might be on the cards when Haksabanovic netted a sixth-minute opener. Jota had already missed two half chances before setting the Montenegro international up for a tap-in after the Portuguese winger had been played in by Reo Hatate.

Far from opening the floodgates, the tide turned the other way following a United corner.

Alexandro Bernabei rose to head clear but a visiting player got a flick-on and Fletcher’s header hit off the Celtic left-back’s arm behind his body while he was still in the air.

The Argentinian knew nothing about it but, after initially playing on, referee David Dickinson pointed to the spot and flashed a yellow card after going to his monitor. Fletcher converted.

Celtic took time to get back in their stride, although United goalkeeper Mark Birighitti made an excellent stop from a Giorgos Giakoumakis header, and there was a further lengthy delay when VAR Nick Walsh checked for a potential red card after Craig Sibbald caught the Greek striker with a high boot.

Dickinson had not even blown for a foul and he was not called to his monitor.

Anthony Ralston was denied by Birighitti before Celtic got back in front in the 34th minute after keeping the pressure on following a corner. Matt O’Riley’s cross ultimately fell for Haksabanovic, whose first-time strike was pushed in off the post by the United goalkeeper’s weak attempt to stop.

Celtic were well on top in the opening stages of the second half. The closest they came was when David Turnbull’s header looked destined for the net following brilliant wing play from Jota but Aziz Behich got back to stop the ball on the line.

Birighitti twice made saves from O’Riley and Giakoumakis threatened on several occasions and Turnbull came close with a left-footed long-range strike.

Celtic lost some of their momentum though and home fans began to get nervy as United improved in possession.

Furuhashi came close with a glancing header but Celtic soon had a double let-off approaching the final 10 minutes.

The Hoops were caught out by Levitt’s quickly-taken free-kick which got Glenn Middleton down the right channel. The substitute beat Joe Hart but Greg Taylor got back to clear off the line.

Ryan Edwards got up to get a clean header from the resulting corner from Archie Meekison but the ball bounced off the post.

Celtic stepped up their efforts to get a more comfortable lead and James Forrest headed against the underside of the bar following a cross by fellow substitute Taylor.

Celtic were soon stunned when United equalised through Levitt but they responded emphatically. Birighitti made a good stop from Moritz Jenz but was soon beaten by Furuhashi’s header after Ralston flicked on O’Riley’s corner.

Abada soon streaked down the right wing before chipping Birighitti and his goal counted after a VAR check for offside.