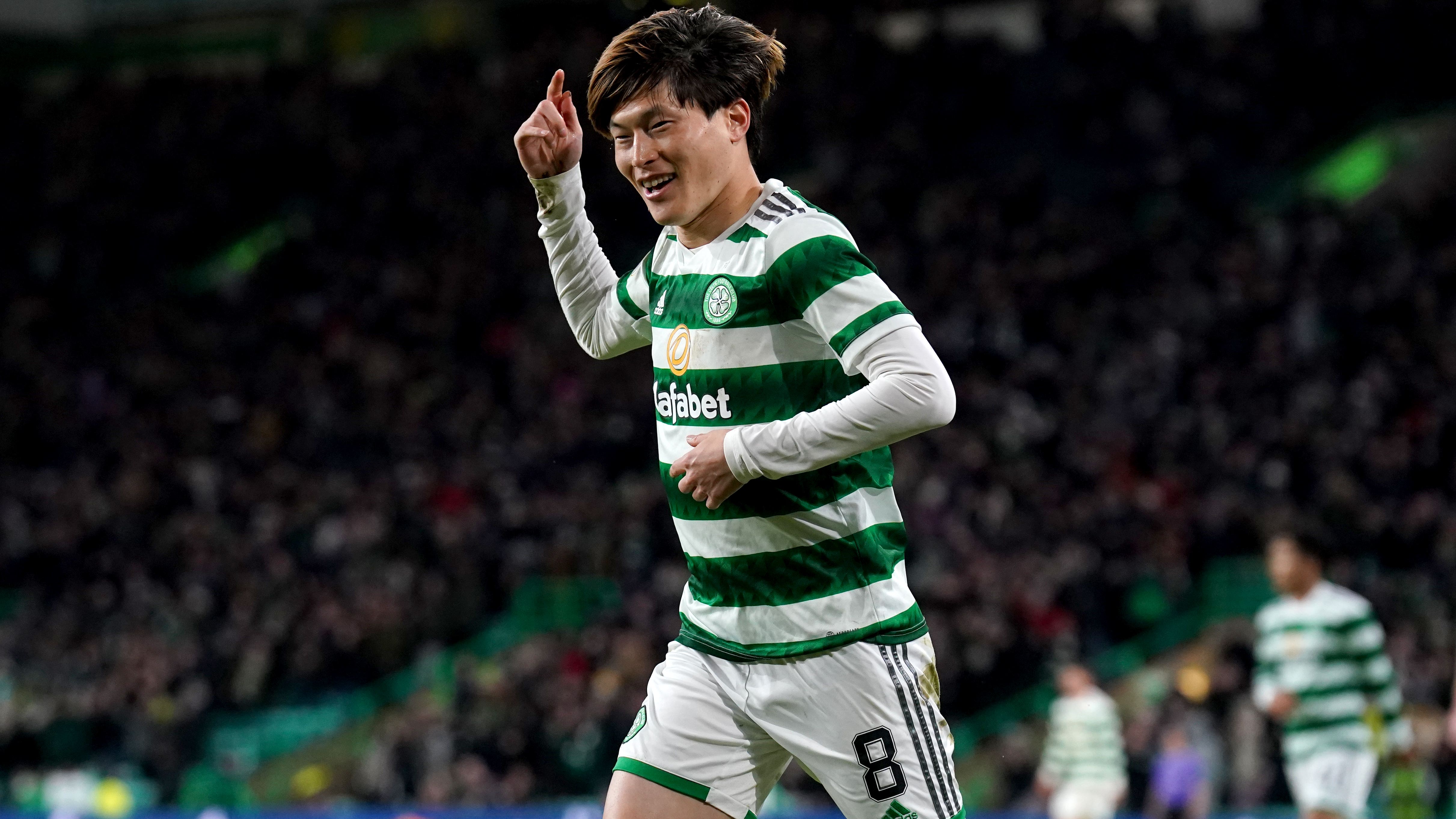 By By Gavin McCafferty PADecember 21, 2022No Comments

Kyogo Furuhashi was on target as Celtic restored their nine-point lead in the cinch Premiership with a 2-1 home win against Livingston.

The Japanese forward added to Ayo Obileye’s own goal at the end of a one-sided opening 45 minutes, but Livingston captain Nicky Devlin marked his 100th Premiership appearance with a goal in first-half stoppage-time from the visitors’ first attack.

Celtic had 16 first-half shots with nine on target but they struggled to find their rhythm after the break and had a couple of anxious moments.

Liel Abada, who set up both goals, had a goal disallowed following a lengthy VAR episode 15 minutes from time but Celtic saw out the bulk of the closing stages – including seven minutes of stoppage time – in the visitors’ half.

Livingston were making their first appearance since the World Cup break and were still without first-choice goalkeeper Shamal George. Ivan Konovalov got an early touch to settle any nerves when he held Matt O’Riley’s shot.

The Russian goalkeeper was tested with a series of low crosses across his six-yard box which got no takers from Celtic players.

However, a drilled centre from Abada paid off in the 23rd minute when the ball flashed off Obileye’s knee and flew into the roof of the net from six yards.

Celtic continued to sweep forward. Anthony Ralston saw a long-range strike pushed wide by Konovalov, who soon came out well to block from Furuhashi and then Reo Hatate.

Furuhashi saw two efforts comfortably saved before the Japanese striker doubled the lead. Anthony Ralston’s pass got Abada in behind and Furuhashi got ahead of Obileye to knock the Israeli’s low cross home at the near post for his 12th goal of the season.

Livingston stunned Celtic Park by pulling one back 90 seconds later from their first foray into the home penalty area.

Devlin took advantage of some hesitancy in the home defence to latch on to a simple ball forward and he held off a challenge before poking past Joe Hart, whose first real task of the game was to pick the ball out of the net.

Morgan Boyes replaced Obileye at the interval and Livi soon showed some attacking intent. Hart clutched a cross under pressure before seeing Cristian Montano’s strike brush the side netting.

Ralston had received treatment for two separate knocks in the first half and he went off in the 56th minute. Alexandro Bernabei came on and Greg Taylor switched to right-back.

Former Rangers midfielder Stephen Kelly came close to an equaliser with a well-struck volley from 20 yards following a long throw. Hart got two hands to the effort to make an acrobatic stop.

David Turnbull curled not far wide before setting up the goal that never was. Abada was yards offside when the substitute hoisted a hopeful ball forward but Boyes made a botched attempt to head clear, which arguably played the Israeli onside, and no flag was raised after the winger fired home.

However, referee Euan Anderson was called to a VAR review amid Boyes’ appeals that he was nudged by Abada in the act of clearing and the goal was eventually disallowed.

The home crowd displayed their anxiety as passes went astray and both Abada and substitute Sead Haksabanovic missed half chances, but there were no late scares for the champions.