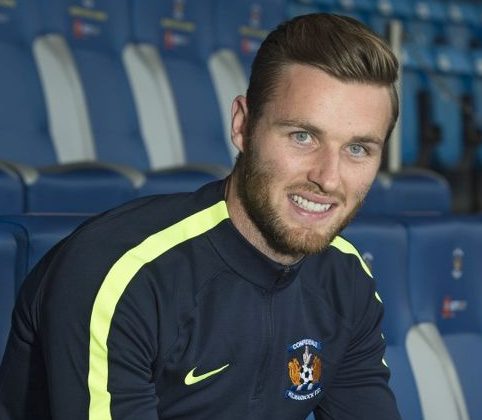 Stephen O’Donnell says consistency at Kilmarnock is key to becoming a Scotland regular after a whirlwind start.

The Rugby Park defender was drafted in to Alex McLeish’s squad for the summer tour after Ryan Fraser pulled out.

The ex-Celtic youth player kept his place for last week’s double header – starring for Scotland in a 2-0 win over Albania.

But keeping his form on track for Steve Clarke’s side will make or break his stature with the national side. #

He told PLZ Soccer: “For the summer tour Barry Douglas pulled out and I managed to get a call up.

“I thoroughly enjoyed the tour. From being in the cold to playing both games was something I wouldn’t have imagined.

“The Belgium game was a tough match and the result wasn’t great. But to get the nod, the manager showed an incredible amount of faith.

“The players that were left out against Albania were of a higher calibre than myself so it was always going to be a tough call for him.

“To be part of the first Home Nations win was great.”

The ex-Luton Town defender caught the eye of the Scotland boss and his backroom staff after being called in from the cold during the summer.

And it was that spell which bolstered his chances of remaining part of the Scotland set-up this season.

He said: “I think he was quite pleased with me in the Summer tour. I played right of a back four and I was under the impression it was going to be a three.

“There’s players that are more qualified than me but I was delighted he gave me the opportunity.

“I tried to show at that level I might not be good enough but I won’t get flustered and I’ll definitely give one hundred percent.

“I think I’ve done myself no harm in getting in the squad but I need to maintain my levels for Kilmarnock.

“But after playing the last game I would hope I have a decent chance of being in the squad.”

Walking into the Hampden dressing room was a bit of an eye opener for the 26-year-old footie star.

Liverpool’s Champions League hero Andy Robertson being one of the notable English Premiership stars on show.

Stephen said: “It’s a very competitive squad and there were players left out that quite rightly felt they should have been involved.

“If I’m involved I’ll be delighted and I’ll take it from there. The talent of the squad speaks for itself.

“I look around and see names on the sheet, and seeing my name I think I don’t know if I fit in here.

“There’s players playing at the top level in Scotland and England. I’m hoping it’s a real case for optimism.

“The performance against Albania was good but no one is getting carried away.

“I’m hoping I can keep playing well for Kilmarnock and if it brings international success then I’ll be delighted.

“I need to try to play consistently to show I’ve got the tools needed to do a job well.

“Whether that’s a better deal at Kilmarnock or elsewhere it’s too early to say.”