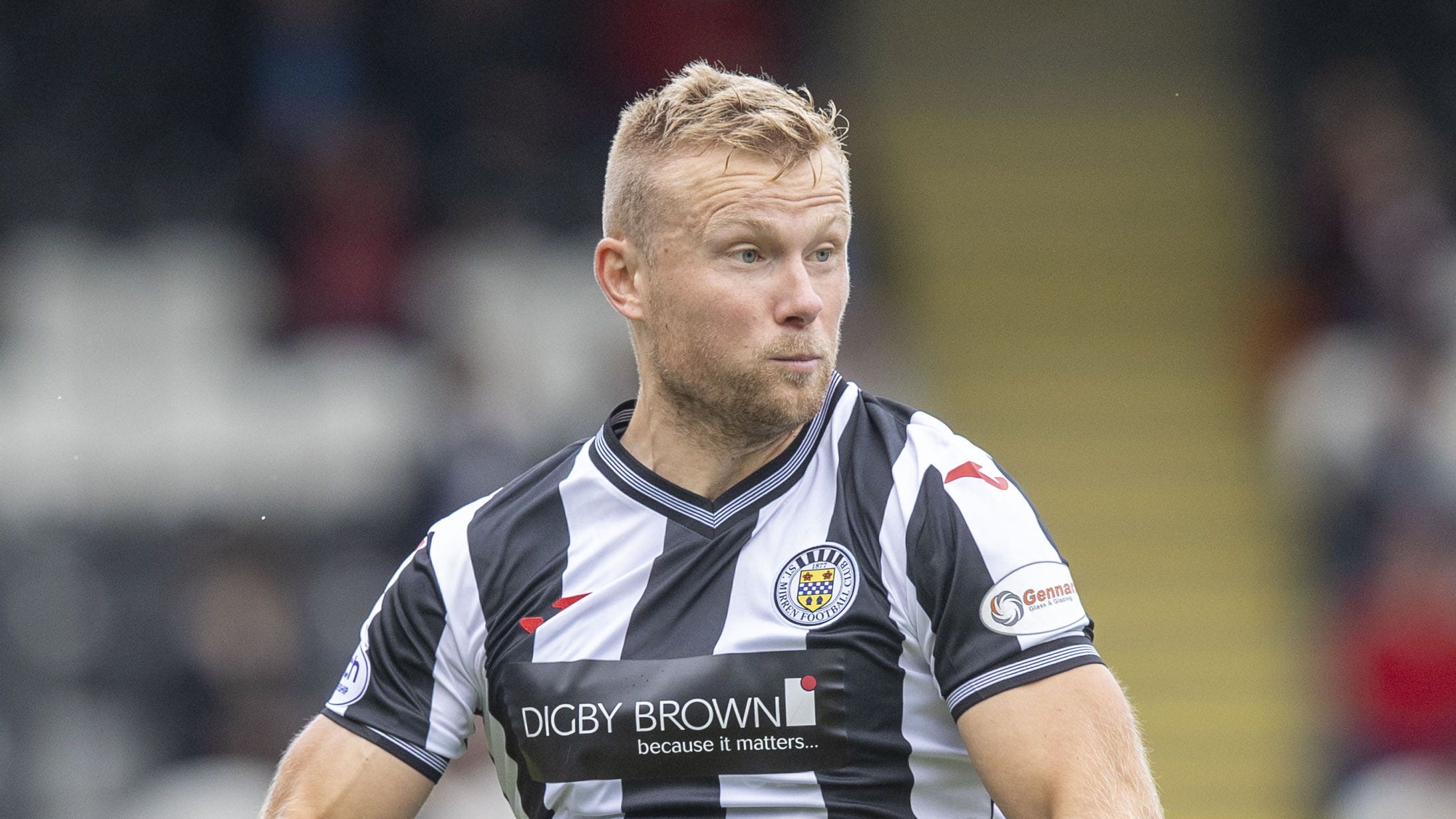 St Mirren secured their second cinch Premiership win in a row with an emphatic 3-0 victory over Dundee United at Tannadice.

Goals either side of half-time by Buddies front man Curtis Main and a late third from sub Alex Grieve were enough to take all three points back to Paisley.

For United and boss Jack Ross it was their fourth defeat in a row – conceding 15 goals in the process – and worryingly for the Tangerines they face Celtic next Sunday.

St Mirren had a great chance to take the lead inside the first minute but Jonah Ayunga headed just wide of United keeper Carljohan Eriksson’s post.

The Buddies’ Keanu Baccus then struck a thunderous volley from the edge of the United box which home skipper Ryan Edwards bravely headed away for a corner although the defender was knocked over by the fierceness of the shot.

The Tangerines were struggling to make an impression on the contest with St Mirren in control.

Just after the half-hour mark, the Buddies launched a counter-attack from deep inside their own half with Baccus bursting down the left before playing a pass to Ryan Strain who then found Mark O’Hara but his low shot was well saved by Eriksson.

Shortly after, St Mirren were claiming for a penalty after the ball appeared to strike United defender Aziz Behich’s arm inside the box but referee Matthew MacDermid saw no offence.

Buddies keeper Trevor Carson was finally called into action when he had to produce a superb acrobatic save to tip over a 22-yard Glenn Middleton free-kick.

However, it was St Mirren who broke the deadlock in the 40th minute.

O’Hara embarked on a driving run with his attempted pass forward being diverted by Dylan Levitt into the path of Main who advanced on goal before calmly rifling low past Eriksson.

St Mirren doubled their advantage in the 51st minute when they countered again with O’Hara playing in Ayunga on the right of the United box with the ball eventually breaking to Main and the striker again gave Eriksson no chance, firing emphatically home.

United battled back with Carson producing another vital stop against his former club, this time diving to his right to keep out a shot from sub Ilmari Niskanen.

However, it was the Buddies who put the icing on the cake in the 90th minute with another counter-attack which ended with Eamonn Brophy playing in fellow sub Grieve in acres of space. Eriksson came rushing out of his box but Grieve calmly passed the ball into the back of the net from 25 yards.