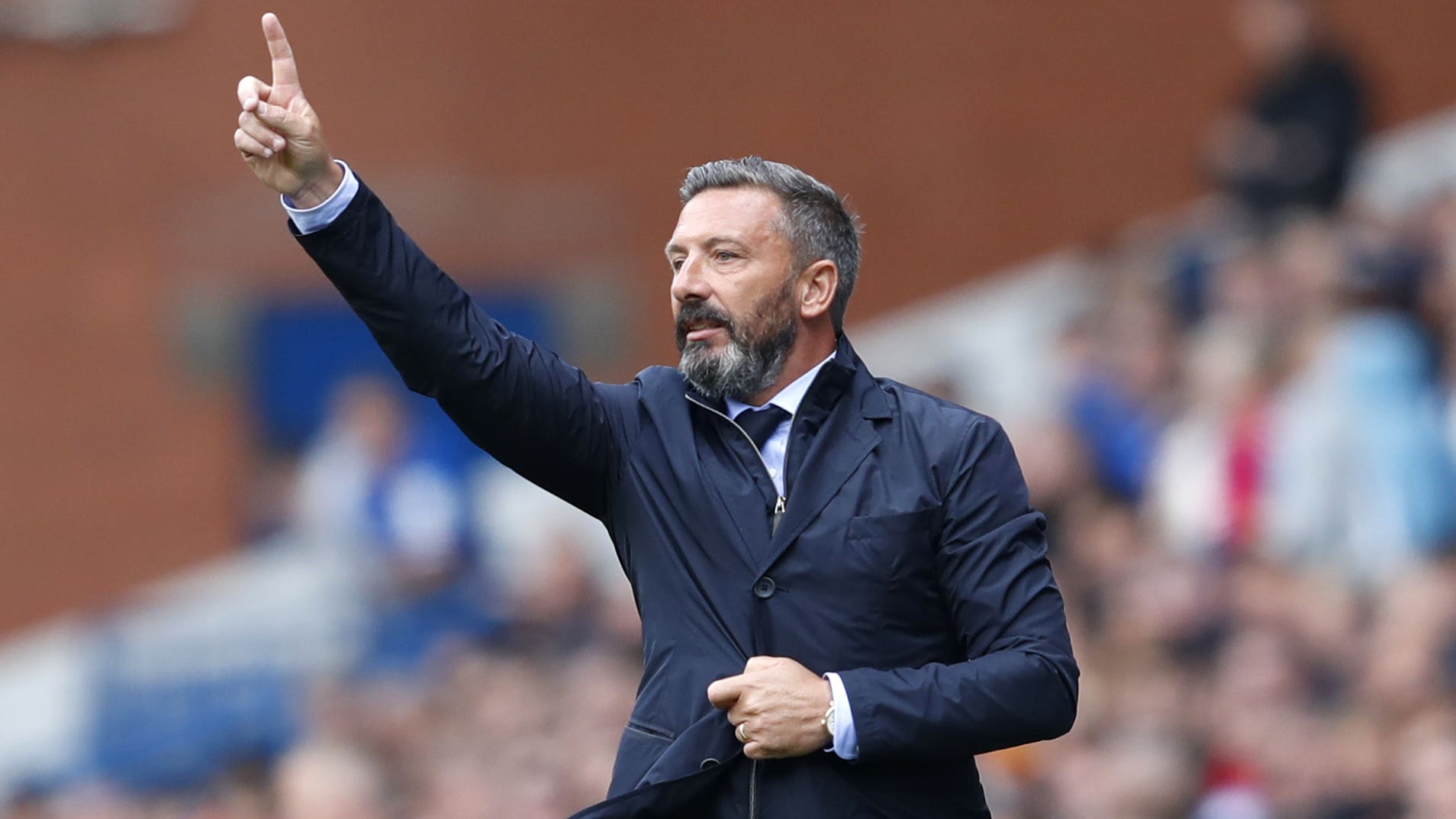 Derek McInnes was full of praise for Daniel Armstrong after his fifth league goal of the season moved Kilmarnock off the foot of the cinch Premiership table as they defeated Hibernian 1-0 at Rugby Park.

After a VAR review ruled Marijan Cabraja’s foul on Liam Polworth to have taken place just inside the box, Armstrong coolly sent the resulting spot-kick into the bottom corner as Kilmarnock leap-frogged Dundee United to move up to 11th.

McInnes hailed Armstrong’s ability to deal with the pressure as the winger – who signed a two-year deal with Kilmarnock on Friday – sent the hosts into the World Cup break on the back of a significant victory.

He said: “If you’re standing over a ball in quite a nervy game, even at this stage in early November when there’s quite a lot riding on a lot of results, we want somebody who is in a good place and his game’s in a good place.

“He signs a new deal during the week but there’s also a recognition from everybody – supporters included – that even when he’s not at his best, he’s infectious.

“If he makes a mistake, it’s an honest mistake. He’s always running about, trying to inspire and trying to get on the ball but thankfully in those pressure moments, it’s a confident player you want.”

McInnes also believes the timing of the break will suit his side as they battle to stay in the top flight.

He added: “The break for us we felt was going to come at a good time. We’ve been going flat out since June 10th and the preparations for the League Cup.

“The treatment room is too busy for my liking and we’ll get a few out from there and onto the training pitch in a few weeks’ time. For us it’s important that we try to get the boys as ready as we can.”

Hibs boss Lee Johnson is also hoping the return after the World Cup break will signal a change in fortunes for his squad after they slipped to their third-straight defeat and their sixth loss in the last seven matches.

Johnson will welcome back several of his creative players and he believes they can make the difference in the tight matches they have been losing.

He said: “To sell the dream, we’ve got a break and an awful lot of quality not in the team – (Kevin) Nisbet, (Jake) Doyle-Hayes, (Martin) Boyle, (Aiden) McGeady, (Kyle) Magennis, those types of players.

“That’s a lot of players who can unlock a door and that’s been the most frustrating thing.

“I think our squad has a nice balance. I think we can mix and match in terms of seniors and youngsters; speed, quality, vision but for whatever reason we haven’t been able to use that as much as we would like.

“I really do think we’ll get a lot more in the second half of the season from those players.”

Kevin Nisbet has been out since February and the Hibernian manager is banking on the Scotland striker to reignite his side on his return.

“Nisbet goes straight back in as long as he’s fit,” he added.

“He gives us something different in attack and then we mix and match depending on where we need.

“I’m actually positive about the future because I believe that in a fully-fit squad, we have enough wins in us to reach the top six, which is the minimum where we want to be, and potentially more.”