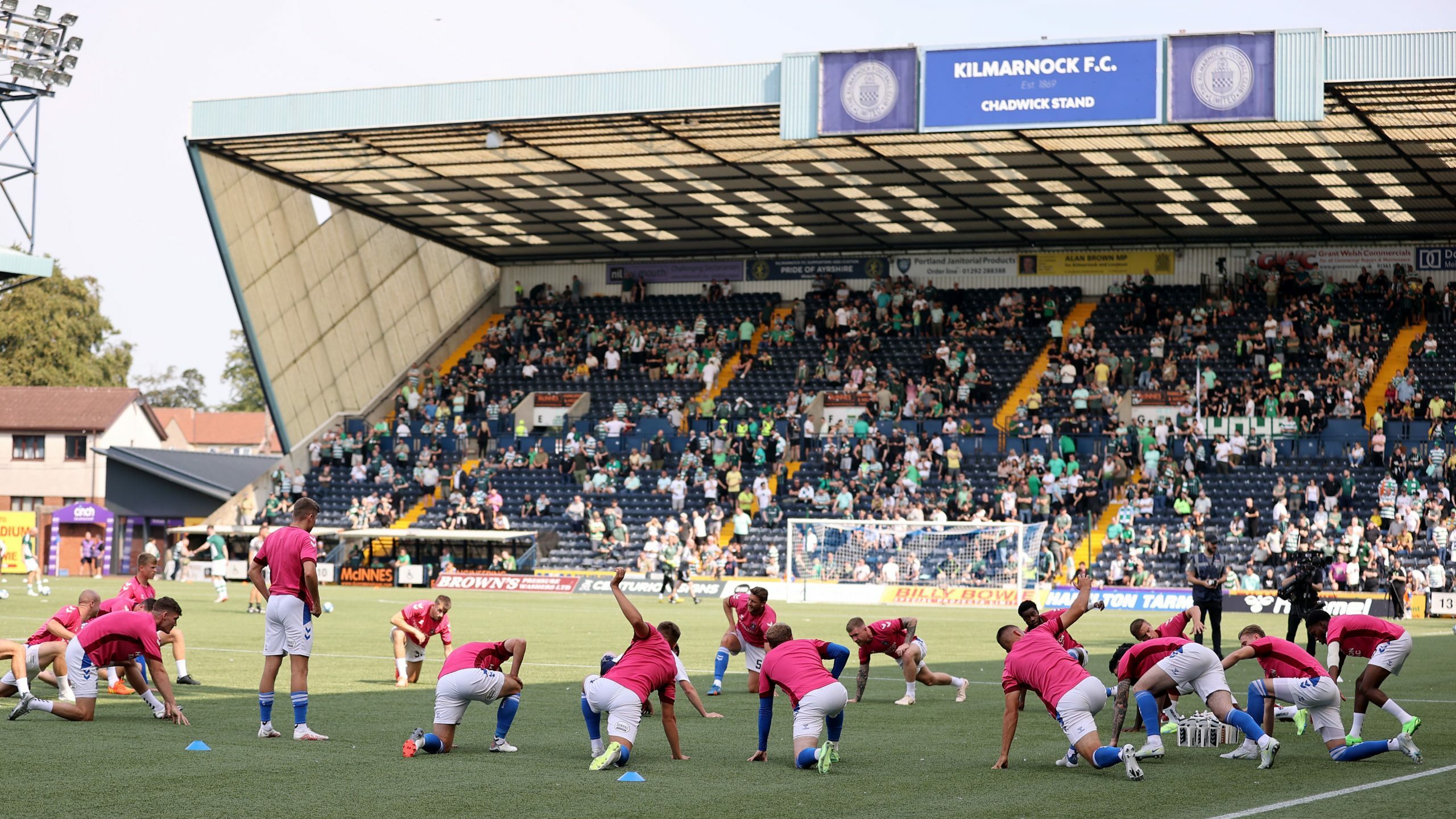 The Killie winger had a starring role, and his 20th-minute strike into the top corner proved to be the difference in a closely-fought encounter.

Both sides had other chances to hit the back of the net, but a combination of lacklustre shooting and strong goalkeeping meant Armstrong made the only breakthrough.

The Staggies were hit by an early setback when Ross Callachan pulled up holding his hamstring just a couple of minutes after the start.

Perhaps that disjointed the visitors somewhat, as they came under plenty of pressure early on.

The tall Kilmarnock side looked a threat at set pieces in particular, and though the opening goal did come from open play, it was still via an aerial route.

Innes Cameron looked to knock the ball on to Armstrong, winning his header well, while Armstrong made the most of indecision from County goalkeeper Ross Laidlaw to fire home against his former side.

It could easily have been more, as Killie kept testing out the Staggies backline.

Alex Iacovitti was needed to clear the ball off his own line when Joe Wright went close at a corner, while Cameron and Kerr McInroy each should have done better with chances that ended up safely in Laidlaw’s hands.

County did grow into the game as the half time interval approached, with Jordan White heading one well-worked move a long way wide before Jordy Hiwula forced a save out of Zach Hemming from a narrow angle.

That momentum continued after the restart, with Owura Edwards forging his own space to shoot from the edge of the box practically straight from kick off but missing the target, while Hemming was called into action again minutes later to keep White’s shot out.

However, by the time the hour mark passed Kilmarnock seemed to have ridden the wave, getting back in control of the ball and the game.

When George Harmon, in his first match back after injury, was forced off with what looked like cramp, Malky Mackay took the chance to change shape and get more bodies forward.

It was not to be, though, as the Staggies fell to their hosts, who now move three points clear of the Dingwall outfit after their victory.