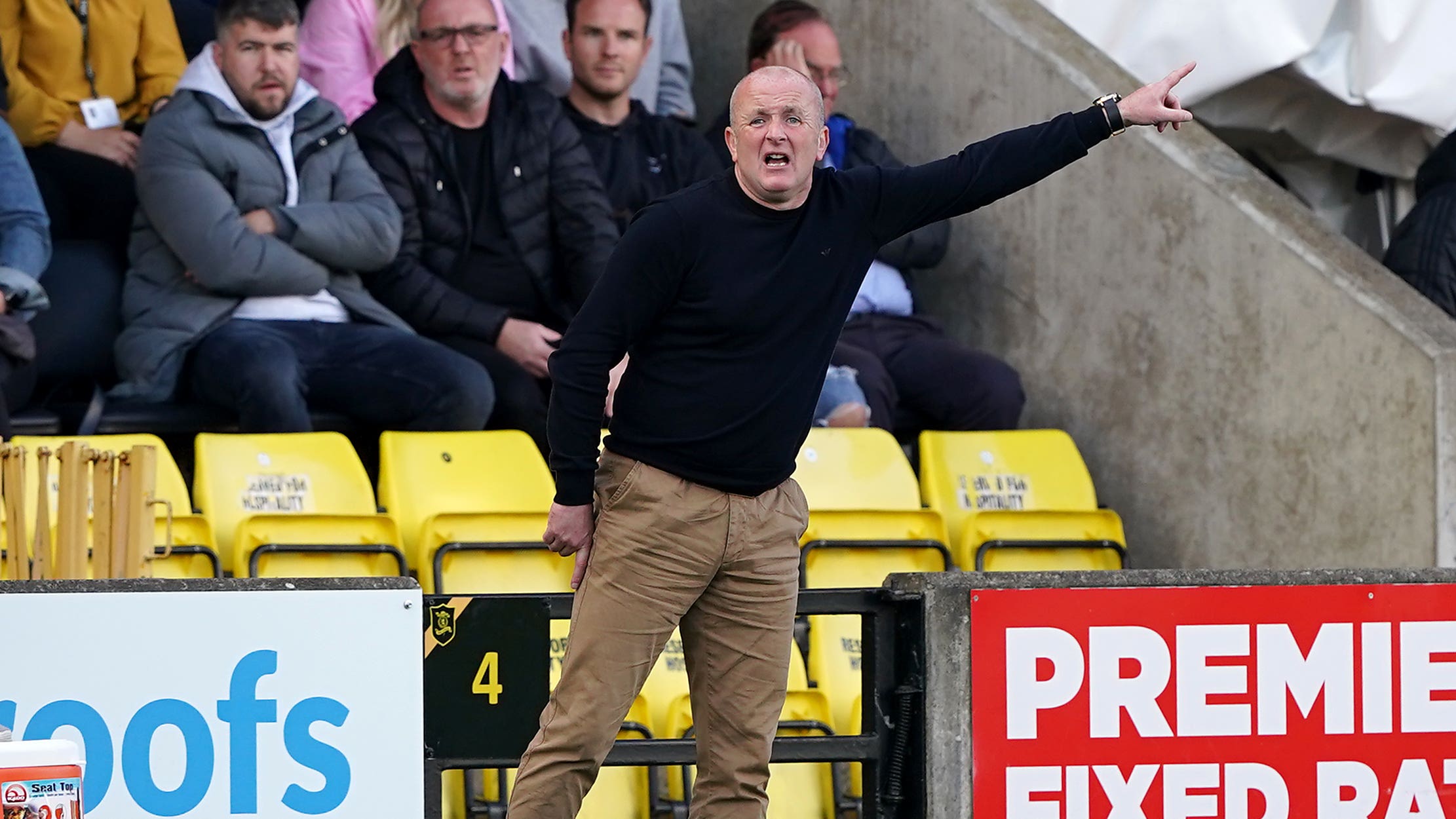 Livingston manager David Martindale feels the introduction of VAR is perfect timing as his side prepare to travel to Ibrox.

Martindale is convinced that decisions naturally go in favour of teams with bigger supports.

But with the use of technology being introduced for the cinch Premiership match officials this weekend, Martindale believes his team could get a fairer crack of the whip when they face Rangers on Saturday.

Martindale, who is giving former Celtic and Hibernian pair Leigh Griffiths and Dylan McGeouch training facilities,  said: “When you go away to the bigger stadiums, and even when the Old Firm come here and there’s 8,000 Celtic or Rangers fans, and there’s a dubious decision and fans are calling for a decision, I think it maybe helps make the ref’s mind up.

“It’s the ref’s impulses, I don’t think they are biased. I just think when there are 8,000 fans or 50-60,000 fans calling for a foul, the balance of probability falls in their favour rather than ours.

“So I am quite happy to be going to Ibrox with VAR in place to be honest.”

The crowd could potentially be a problem for Rangers on Saturday after Giovanni van Bronckhorst’s team were booed off by some fans following their unconvincing 1-0 Premier Sports Cup win over Dundee.

When asked if the Rangers fans’ current frustration with performances could work in Livingston’s favour, Martindale said: “Potentially but, not even looking at Wednesday night’s game, any time you go to the Old Firm you are trying to stay in the game as long as you can because the fans demand certain standards from their team.

“So if they have not scored two goals within 15-30 minutes, the fans can  get a wee bit restless.

“That doesn’t really change whenever you go to Ibrox, Parkhead, that’s part of the game plan, try to frustrate the teams and that also leads to frustration in the stands.”