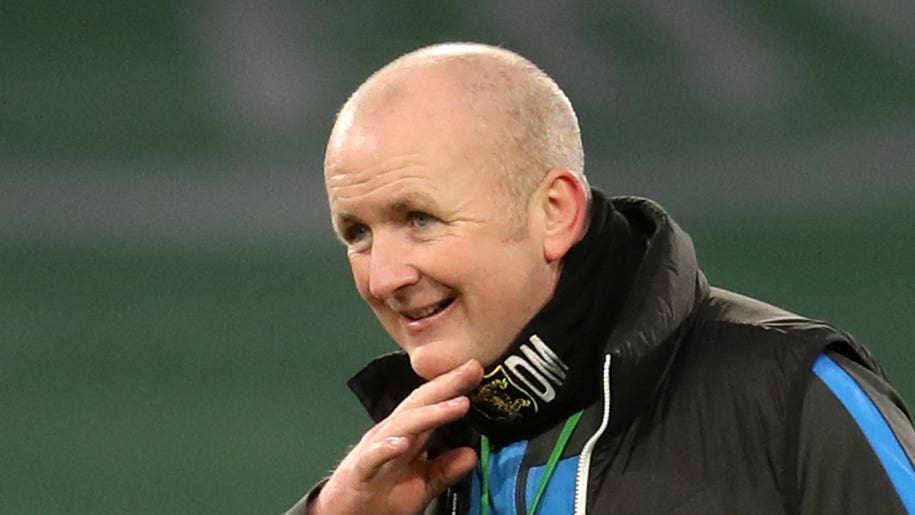 Livingston manager David Martindale was particularly pleased with his side’s defensive effort in the 2-0 cinch Premiership win at Ross County.

Some wasteful finishing and an intervention from VAR kept Livi’s sheet clean, something that their manager said he had been targeting before the match.

County pressed for an equaliser late on but Martindale was delighted with how his players coped.

“I’m happy with the win in the end,” he explained. “I had set a couple of targets before the game – one was winning, but the second was probably more pleasing, and that was keeping a clean sheet.

“It’s something we haven’t done for a few games, so we needed to get back to it. The boys did that in abundance.

“When you go two goals up in a game, at home or away from home, the opposition’s tactics generally go out the window and they go a bit more direct.

“You might be dealing with four strikers. They have nothing to lose, so they become a bit more free in terms of how they attack you, but the boys stood up to that.”

Martindale’s opposite number Malky Mackay, believed there was not much between the two teams.

As a result, the Ross County boss was left to rue what he saw as defensive errors that cost his side.

“Today I thought it was going to be about who made the first mistake and who could take the first chance,” he said.

“It came down to who had a bit of quality between the two teams, and I think there is a very fine line between victory and defeat – it’s just about someone having a calm head on the day.

“There really wasn’t much between the two teams. Livingston are a well-drilled team and Davie is a good manager who has done well in this league.

“I knew we were going to have to be absolutely at it, and it was going to be a war of attrition, which I think it was.

“Both teams stood up to that and to a man, other than a couple of decisions for the two goals I can’t be too hard on them because they ran to the last breath.

“There was a little bit of quality at one end for one of their goals, and a mistake. We didn’t take the two that were glaring, and we’ve got to take glaring chances. That’s how I see it.”