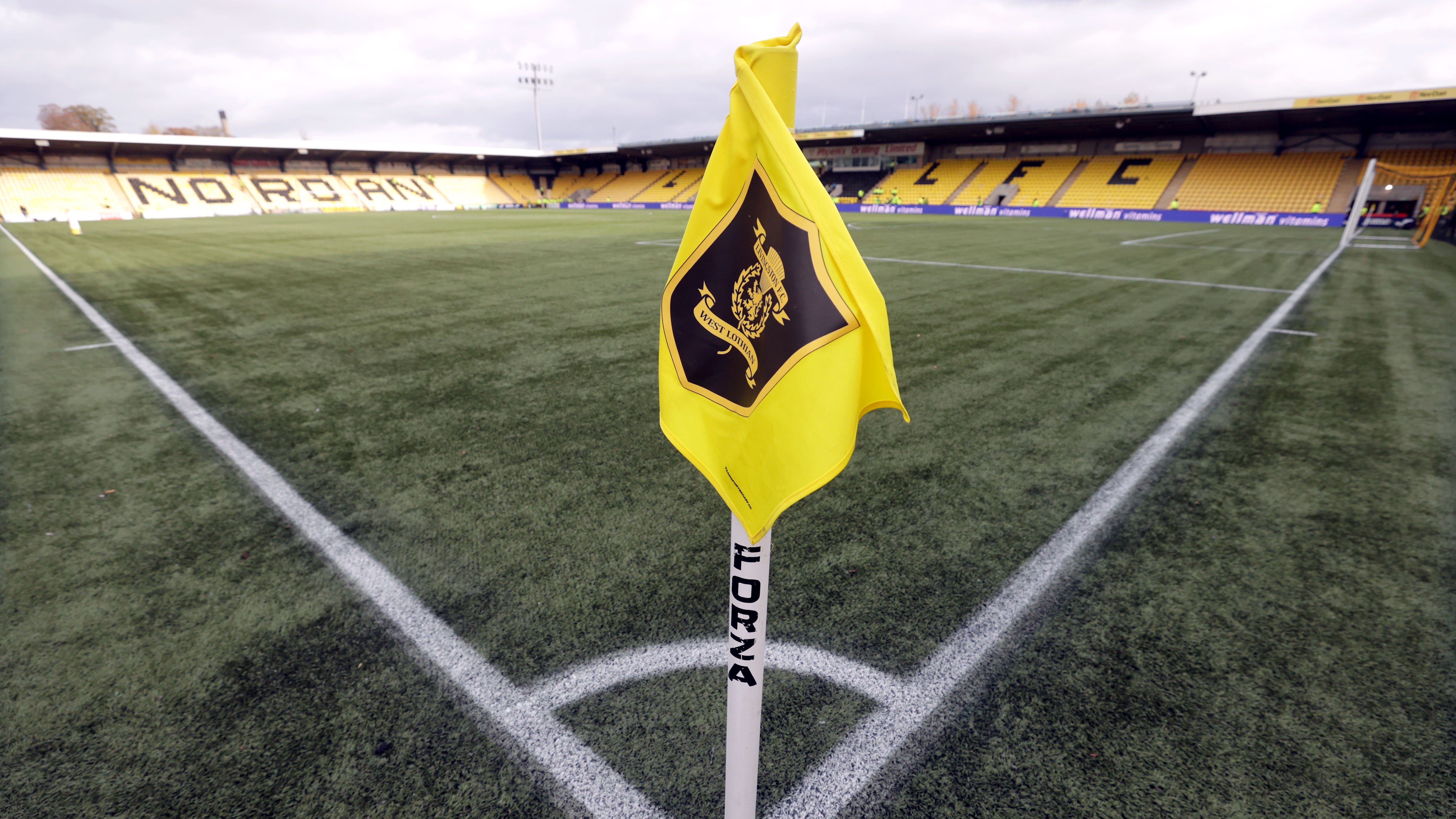 By By Gavin McCafferty PAJanuary 19, 2023No Comments

Livingston manager David Martindale admits he was surprised their postponed game against Dundee United was initially given the go-ahead but felt he could not interfere in the inspection process.

A match official gave Wednesday’s cinch Premiership fixture the green light at 3pm on Wednesday but referee Matthew MacDermid called it off less than 90 minutes before kick-off after arriving at the Tony Macaroni Arena to discover the pitch was frozen.

Dundee United are looking for answers around the process after the match was postponed for a second time.

Martindale said: “I was surprised it wasn’t put off at three o’clock. To be fair, the fourth official has got his boots on and ran over the park and it probably felt OK at that point.

“We were worried about the park. We arranged for the pitch inspection before Dundee United were due to have their pre-match. The game got put on.

“Can we look at alternatives to try and get the park more playable? Yeah, we will look at that but I didn’t think that’s going to happen.

“We tried to be as reasonable as possible by calling a 3pm pitch inspection.

“I have the benefit of knowing the park. The fourth official hasn’t. I am conscious, when the fourth official comes in, I am not putting thoughts into his head. I think it’s got to be impartial. So we try and stay away from that process.”

Dundee United expressed their “extreme disappointment” over the late postponement.

A club statement added: “We both understand and share supporters’ frustrations at the timing of the postponement, as many supporters will have experienced outlay on fuel and transport at a time of financial concern for what they may feel was needless travel.

“The club had been in constant dialogue with both Livingston FC and the SPFL since concerns over the condition of the pitch were first raised around mid-day.

“It was apparent at that point that temperatures were due to drop significantly between the initial pitch inspection and kick-off, and the decision to state that the game would go ahead now looks erroneous.

“There has now been an unnecessary expense to both the club and our supporters on two occasions in attempting to have this fixture played at the Tony Macaroni Arena.

“We will contact the SPFL to seek clarification on the procedures currently in place and whether plans to improve these are being reviewed in order to prevent such instances from re-occurring.”

Martindale explained how the artificial surface can freeze.

“The problem is the sand,” he said.” Once that’s solid it’s very, very difficult to thaw out, especially in the south-east corner where there is no sunlight.

“If the temperatures were going to rise or be stable up until about six or seven, we would have got away with it, but from the minute the fourth official went away the temperatures plummeted and the park gradually got worse.”

Livingston use vacuum salt to try to thaw the pitch but it only works at temperatures above -4C.

“You can put as much of that down as you want but if you have three nights of minus seven or thereabouts, any park is going to struggle,” Martindale added.

“The sub-structure of the synthetic surface is that deep that you can’t get under-soil heating in and it would be pointless having it.

“You could put covers on the park but we came in on Monday and there was an inch of snow on the park and you can’t clear that off if there are covers on it.”