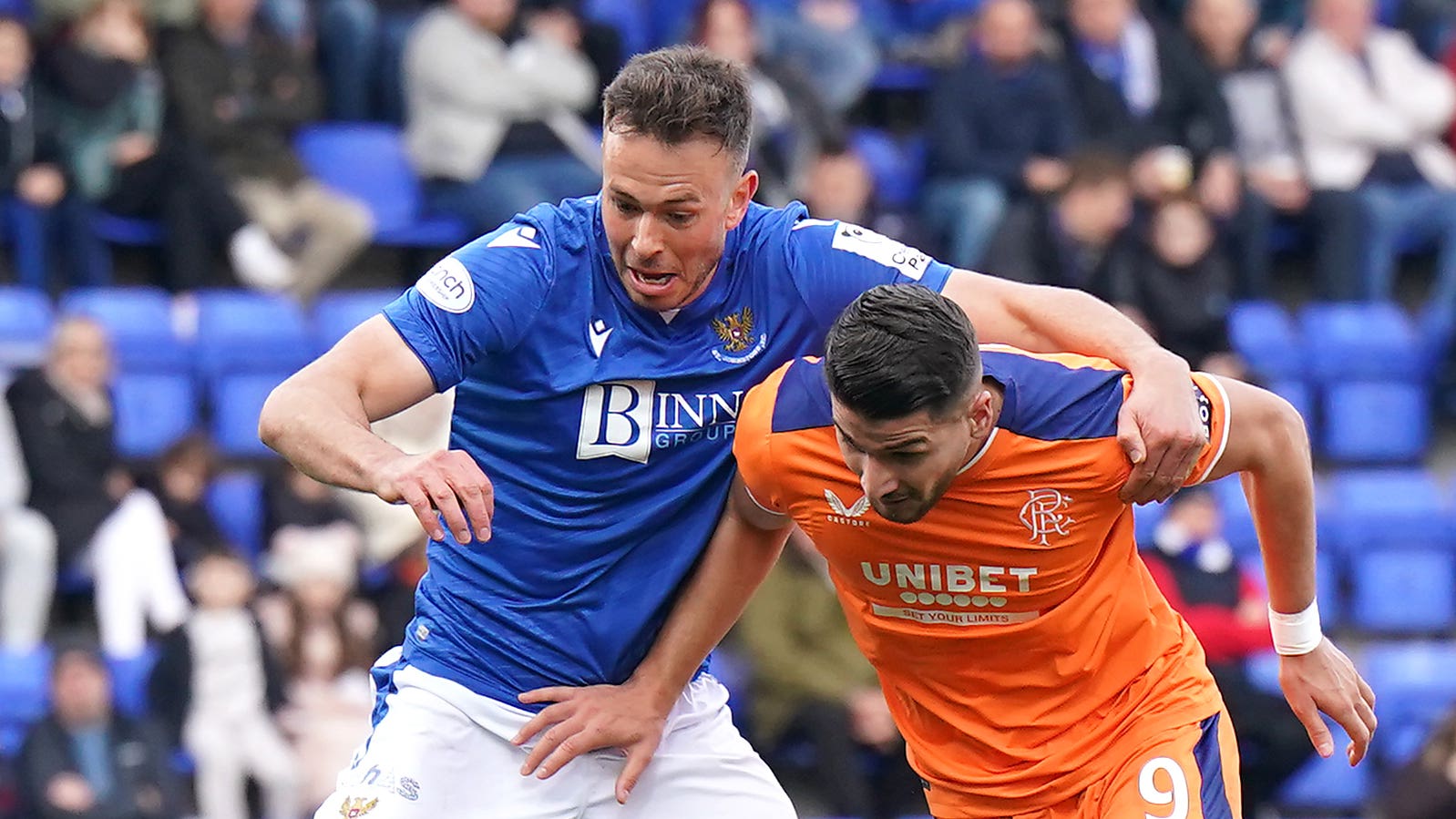 Defender Andrew Considine: I had to prove myself at St Johnstone this summer

St Johnstone defender Andrew Considine admits he had plenty to prove when he arrived in Perth in the summer.

The 35-year-old Scotland international had been allowed to leave Aberdeen after recovering from a cruciate ligament injury he suffered in August 2021.

The defender was given a farewell Pittodrie appearance on the final day of the season following a brief comeback the week before, but he knows there would have been many people writing him off.

However, Callum Davidson offered him a two-year contract and Considine has so far repaid the Saints manager’s faith in emphatic fashion.

Considine is the only player to have started all 21 of St Johnstone’s games this season and has helped form a solid defence which has been the basis of their impressive form in the cinch Premiership.

Considine, who made 571 appearances for the Dons, said: “I wanted to prove to myself first because it was a bad injury I had and I thought, at my age, people from the outside will have been thinking ‘he’s done, who is going to touch him?’

“So I wanted to prove to myself and secondly prove to everyone else that I can still handle it on a Saturday, even three games a week I am able to do, which is great.

“I am extremely thankful to a number of people who have helped me get to this stage.

“Also I am very grateful to the manager here that he was the first one on the phone requiring my services for the next couple of years.

“For me it’s always been about playing the game I love – that’s what matters to me.

“It’s a change I have welcomed and to come into a changing room with guys who are not long off winning a double has been great for me.”

Saints are unbeaten in six matches and Considine believes they have earned the right to be positive about Saturday’s trip to Celtic.

“Confidence is a huge thing,” he said. “Even during our five weeks off, we have had a number of games which were really positive, as was training.

“There’s a real belief in the camp which is the biggest thing you can take to Celtic Park. The boys are looking forward to it, we will treat it like any other game.

“Obviously it’s going to be a really, really tough afternoon but we are more than capable of going to Celtic and giving it a good go and getting a good result.

“The strikers are on their game, our midfield is tight, our back line is tight and going into a game like this with confidence can only help us.”