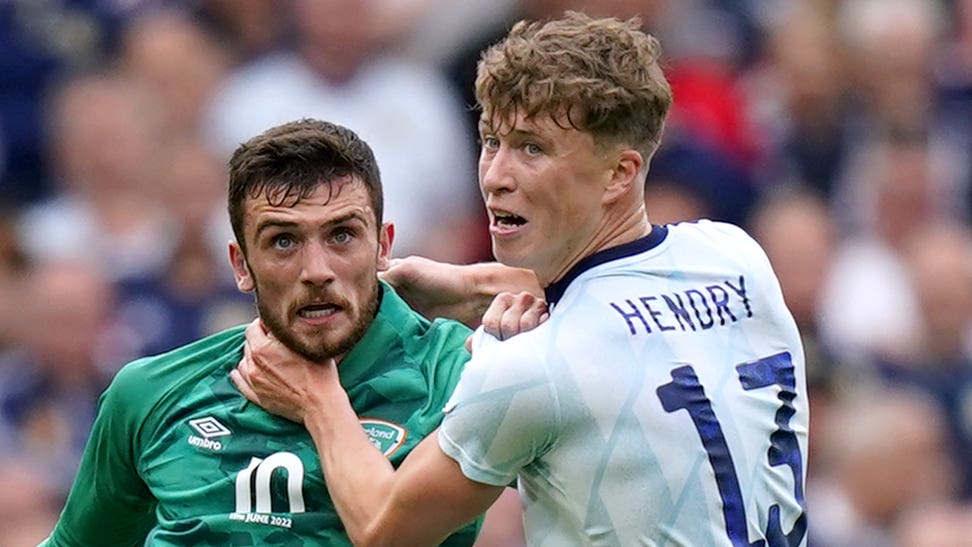 Scotland defender Jack Hendry insists he will never let the effects of a long season stop him turning up and giving his all for his national team.

Manager Steve Clarke claimed after Tuesday’s 4-1 Nations League victory in Armenia that fatigue had been a factor in their below-par June showing, including during a difficult opening in Yerevan when the hosts took the lead.

Hendry has been an ever-present in Scotland’s four-game schedule, coming off the bench in the World Cup play-off defeat to Ukraine and starting the wins over Armenia and the 3-0 defeat by the Republic of Ireland.

The Club Brugge player admits he and his team-mates “let their country down” with some of their performances this month.

But the 27-year-old vowed to keep digging deep for his national team in future post-season programmes, trying to make sure tiredness does not undermine their efforts.

The former Partick Thistle, Wigan, Dundee and Celtic player said: “To be honest, it’s part and parcel of being an international footballer. With this Nations League now, it is difficult.

“But you are representing your country. For me, I am extremely proud. You are trying to put on a display for the nation and make them proud and it means everything to me.

“It doesn’t matter how many games I played during the season, I would still come and give my all and try to represent the country the best I could.

“Unfortunately, we feel in a couple of games we have let the country down but hopefully we learn from that now and we move on.

“We understand that these games are tough in the summer but it’s about rolling our sleeves up, getting on with it, and if, for example, we need to play in a different position or adapt to certain things, then we have got to do it and have got to stick together.”

Scotland went into the play-off against Ukraine on the back of an eight-match unbeaten run and a six-game winning streak in competitive action.

They never really got going in that 3-1 defeat and were well beaten in Dublin.

But Hendry is sure they can return to the heights that saw them finish second in their World Cup qualifying group and beat Denmark at Hampden.

“Everyone knows in football, sometimes you take a step back, some knockdowns, but it’s how you recover from that and get back up,” the centre-back said.

“And I think we showed on Tuesday night, going one goal down, from what happened in Ireland, that we have a group of players that can bounce back.

“Going into September, hopefully we can show that we have got back to where we should be and can push on.”

Hendry has played in all three positions across the back three over the past week.

“It’s great for me, a great learning curve,” the Belgian title winner said.

“For me it doesn’t matter where the manager puts me on the pitch, I am going to give my all. I feel I can do a job in all three of those positions along the back.

“I am used to it at Club Brugge. Throughout the season I played in all three positions. I can play in any of them, I am very comfortable there, so I can adapt.