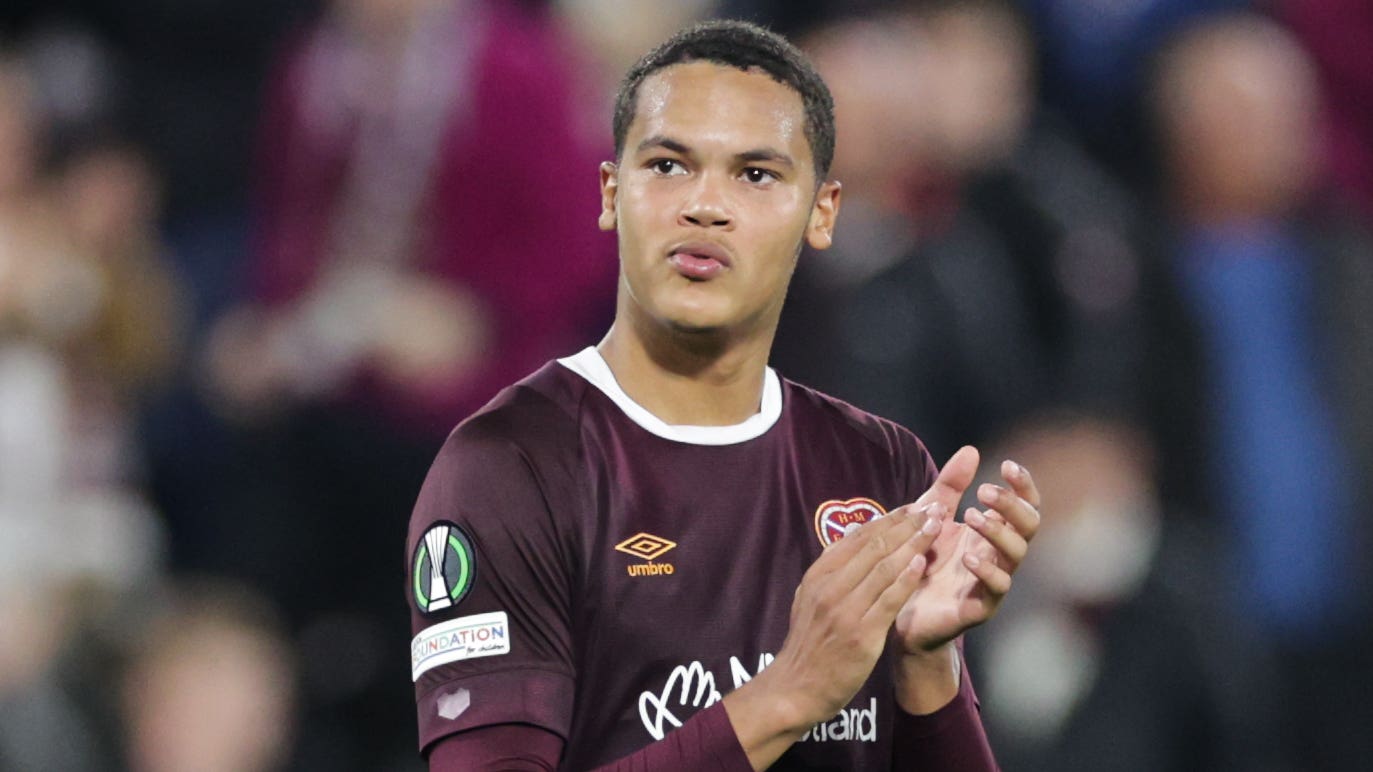 Defender Toby Sibbick desperate to get on scoresheet for Hearts

Toby Sibbick is desperate to break his scoring duck for Hearts after seeing his Edinburgh derby goal agonisingly ruled out on Monday.

The English defender moved back to Tynecastle last January after a brief loan spell with the Jambos in 2020, but despite making 40 appearances – 28 as a starter – he is one of the few outfield players at the cinch Premiership club yet to notch a goal.

Sibbick thought he had finally ended his wait for glory when he pounced to ram home a loose ball against Hibernian on Monday but his celebration was cut short when VAR reviewed and then chalked off his effort.

“I told a few of the lads before the game I would score, and I did score but unfortunately I was just offside so I was gutted,” said the 23-year-old former Barnsley player. “I’ve scored a couple for Barnsley and Wimbledon but it will be special if I can score for Hearts.

“Even though it was disallowed on Monday, as soon as it hit the net you could hear the noise. Hopefully I don’t have to wait too much longer for my first goal here.”

Although unable to influence the 3-0 derby win with a goal, Sibbick had a big impact at the other end when he raced back from the half-way line to make a magnificent saving tackle inside his own box after Hibs attacker Elie Youan broke free and threatened to reduce the deficit to 2-1 just before half-time.

Sibbick feels the blistering pace that allowed him to get back often goes unnoticed by those watching from the stands.

“I was always confident I could get there but it was a case of making sure I got the ball and not the man first and not getting sent off,” he said.

“If I didn’t get that initial nick on the ball (when Cammy Devlin’s slack pass ran past Sibbick and allowed Youan to break free), he would have gone clean through because the pace was on the pass but because I got that slight touch it allowed me to get back.

Sibbick’s confidence was affected by unconvincing form early in the season which resulted in him being criticised by supporters and starting only three of Hearts’ first 16 matches in all competitions.

However, he has started 10 of the last 12 games ahead of Saturday’s trip to St Mirren and has looked far more assured since returning to prominence in mid-October.

“Every player goes through a rough patch in their career – some maybe more than others – but I think confidence comes with a run of games,” he said.

“I know the sort of player I am and I’m one of the first people to know if I’ve not had a good game or if I have had a good game. Sometimes as a player you just need to go back and evaluate yourself, look at your past performances and try and get rid of the silly mistakes you’ve been making.”