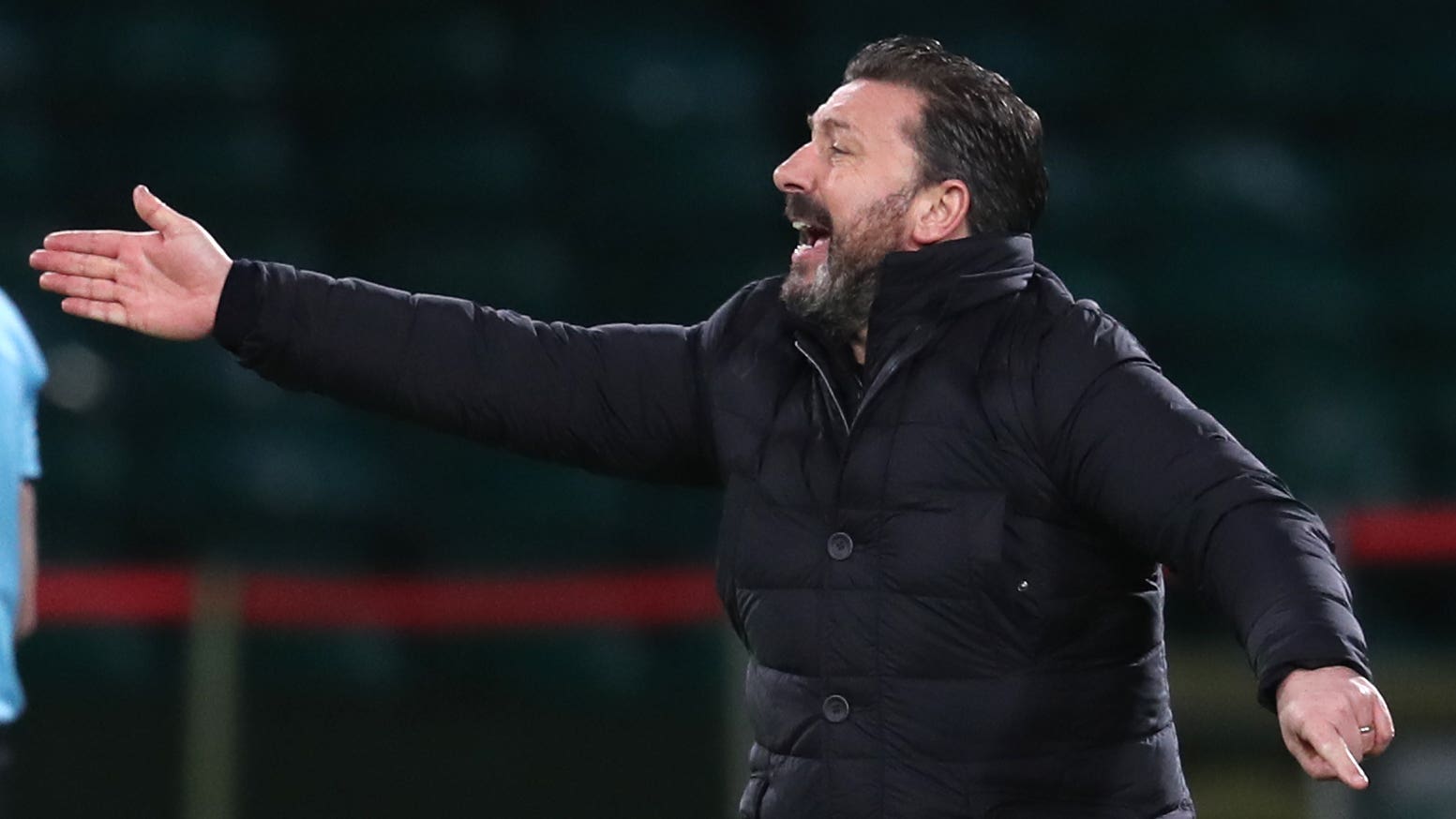 Derek McInnes wants to follow in the footsteps of his managerial predecessors Tommy Burns, Bobby Williamson and Steve Clarke by bringing back a buzz to Kilmarnock.

More than 8,000 fans – the majority of them supporting the home team – packed into Rugby Park on Saturday to see the Ayrshire side’s first game back in the Premiership after a season in the Championship.

An added-time equaliser from Ash Taylor earned a 1-1 draw against Dundee United, who had taken the lead through Dylan Levitt before having Ian Harkes sent off.

Taylor’s strike sent most of the supporters home happy and McInnes hopes he can retain that bond with the fans for the rest of the season.

He said: “Winning games helps (to build a rapport with the fanbase). We’ve seen it with Bobby Williamson, Tommy Burns, Steve Clarke.

“There was a great level of support. It was a bigger crowd than we expected. We were hoping for 8,000 but maybe expected a bit less. It shows the support is there but winning games is the best way to keep them coming.

“I thought we were bullish and confident, we had a personality. If they (the fans) see their team rolling over and being cowed, then they won’t come.

“It’s encouraging for all of us at the club to see that support. It was a good day.

“It would have been soured if we hadn’t got anything from the game. Ideally (we) would have won the game to feel even better, but in the nature of the game a draw is not the worst result.”

He said: “Steven’s not even played a full game in pre-season so we didn’t know how long we would get him for today. But he’s just a good player. He’s always been a good player.

“I played against him when he was young and was very good. And you don’t get a career like that unless you’ve got quality. We just have to ensure we get players close enough to him so we can benefit from him.

“I’m loath to say I’m surprised by that but when you see it first-hand you appreciate it more. His role in the goal was brilliant.”