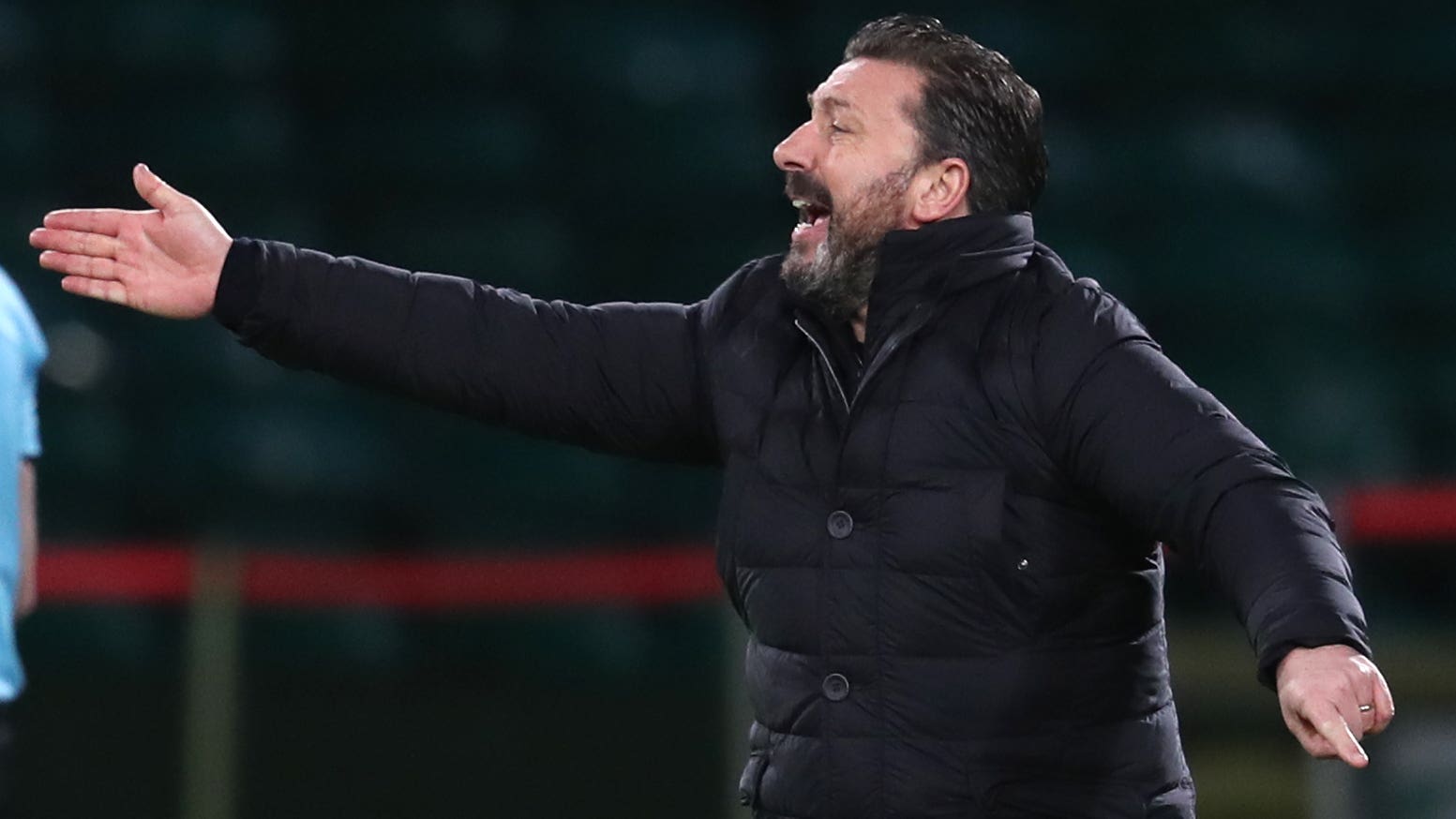 More than 8,000 crammed into Rugby Park to see Ash Taylor’s late equaliser cancel out Dylan Levitt’s opening goal for the visitors, who had Ian Harkes sent off midway through the second half.

This was Kilmarnock’s first game back in the Premiership after winning promotion from the Championship and McInnes was happy to see it marked in style.

He said: “Any last-minute equaliser is always welcome and I thought it was no more than we deserved.

“The noise when the ball hit the back of the net was something that I want to hear time and time again this season. I thought the support were brilliant.

“It would have been a sore one if we hadn’t got anything from the game given it was a nod to last season’s efforts with the unfurling of the flag and we had 8,000 in here and we are working hard to keep that support with us.

“We came to win the game. We haven’t but we are pleased with a lot of aspects of it.”

United manager Jack Ross admitted that it felt like two points dropped given the late concession of the equaliser.

But he was also honest enough to admit that his team’s overall performance had perhaps not merited the victory, with the visitors under increased pressure following Harkes’ red card.

He said: “It always feels like two points dropped when you concede so late. But given different parts of the performance I couldn’t necessarily say we deserved to be ahead at half-time.

“We were tough and resilient in the opening period and we knew we would have to be. We scored a brilliant goal and in the second half I thought we were really good and had a lot more control of the game.

“We looked like we would be the ones to extend our lead but the dynamics can change at any point and on this occasion it was through the red card.

“We were pretty tough for that 25 minutes. We were under pressure but I don’t think Mark had a save to make which just adds to that frustration and disappointment.

“The players are sore at the moment but when they dust themselves down emotionally they’ll realise there were a lot of good things today.”