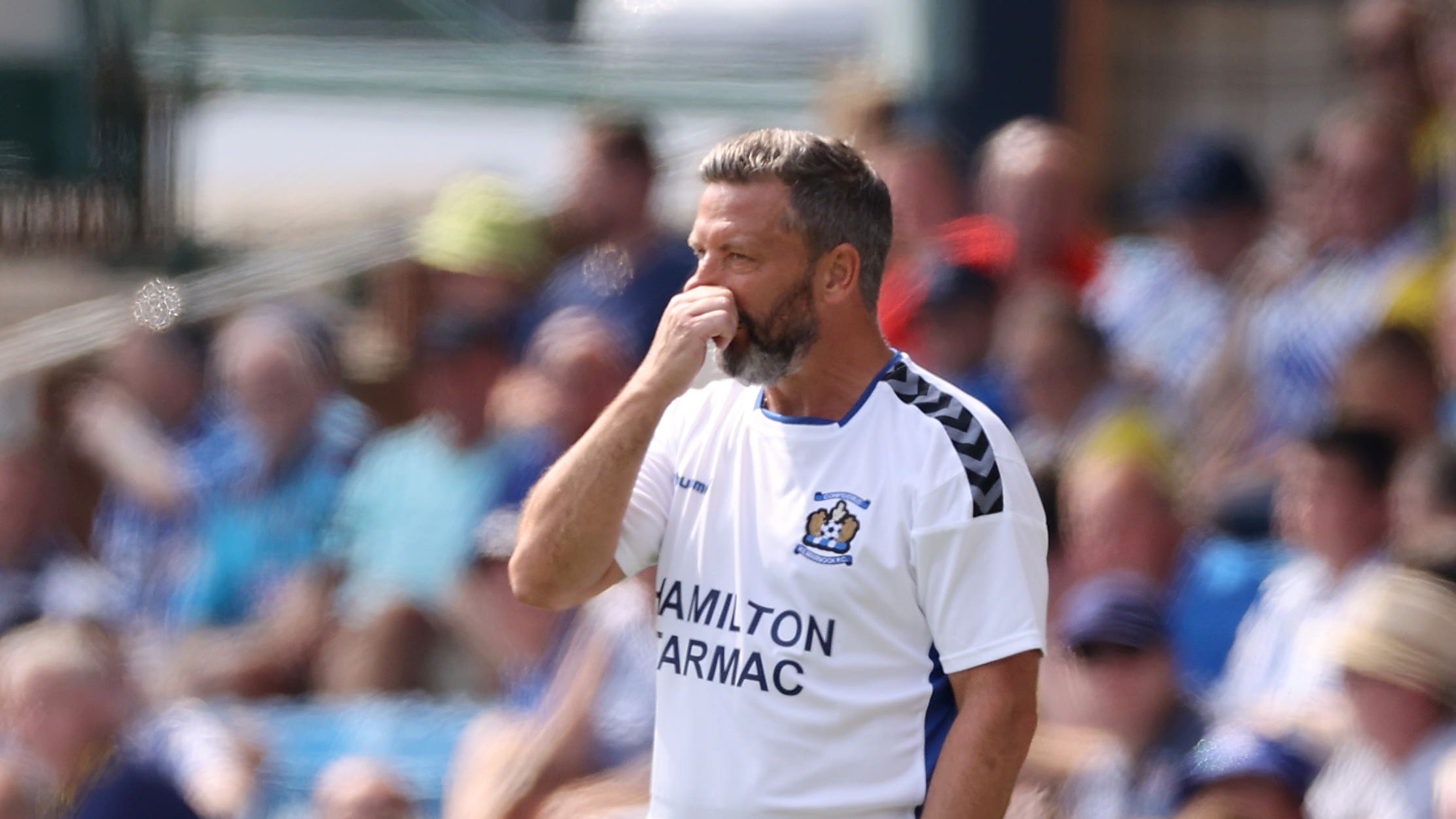 Derek McInnes is preparing Kilmarnock for what he believes is a potentially huge week in the season for the Ayrshire club.

The Rugby Park outfit travel to St Mirren in the cinch Premiership on Saturday then host Dundee United in the Premier Sports Cup quarter-final on Tuesday night before Ross County visit in the league the following weekend.

Killie sit in 10th place in the table with eight points, ahead of Dundee United and Ross County only on goal difference, before they complete the first set of  league fixtures against the fourth-placed Buddies.

Manager McInnes said: “We feel that this week is a significant week for us.

“We have two home games after this game, one in the cup and then against Ross County next Saturday.

“If we can get two league wins and a semi-final place booked in the cup, we feel it is a significant week for us.

“In terms of the first round of games, it is too early to judge or make harsh calls on anybody. We feel we are improving but there is still a lot of improvement in us.

“St Mirren have started the season pretty well. I am not surprised.

“The big stand-out was the Celtic win for them which helped things.

“There are a lot of teams who are capable of going on consistent runs in the league and St Mirren have managed to do that.

“I am hoping that we can be that team as well. (St Mirren boss) Stephen Robinson has gone back to a system that worked well for him at Motherwell, two big strikers, good midfield support, good legs and a back five.

“They limit other teams’ opportunities,  Stephen’s teams are well-organised so we are going to have to make sure we are good enough to pick up something from the game.”