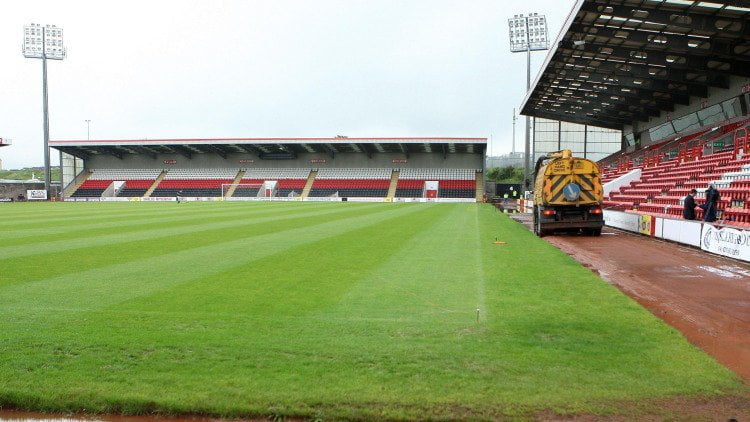 By Peter MartinDecember 10, 2016No Comments

Airdrie will display the face of a fundraising fan on their strips in a tribute to his efforts.

The image of Mark Allison, who died earlier this year, will be emblazoned on the Diamonds’ shirts as part of a shirt sponsorship deal with Airdrieonians Supporters Trust. He raised more than £70,000 for charity after being diagnosed with cancer.

The five-figure deal will see programme and trackside advertising go to Maggie’s Lanarkshire cancer care centre and St Andrew’s Hospice, and both charities will benefit from the auctioning of boardroom hospitality.

Willie Marshall, the trust chairman, said: “We are delighted to continue the legacy which Mark Allison began, and hope to build on his work with Maggie’s and St Andrew’s Hospice now and in the future.

“During his illness Mark invested everything he had into raising funds for worthy causes and the trust felt this should not be forgotten. His love of Airdrie inspired the trust to celebrate his memory in this unique way – by putting his face below the beloved red diamond.”

Club chairman Tom Wotherspoon, added: “As for Mark, I met him lots of times… more than most people will know about. He would often just appear at my office unannounced after visiting the hospital for treatment, and would come in for a coffee and a blether.

“He would phone me for hours on end, discussing ideas and plans. His enthusiasm was infectious for this club and I am glad that his legacy continues to live on.”