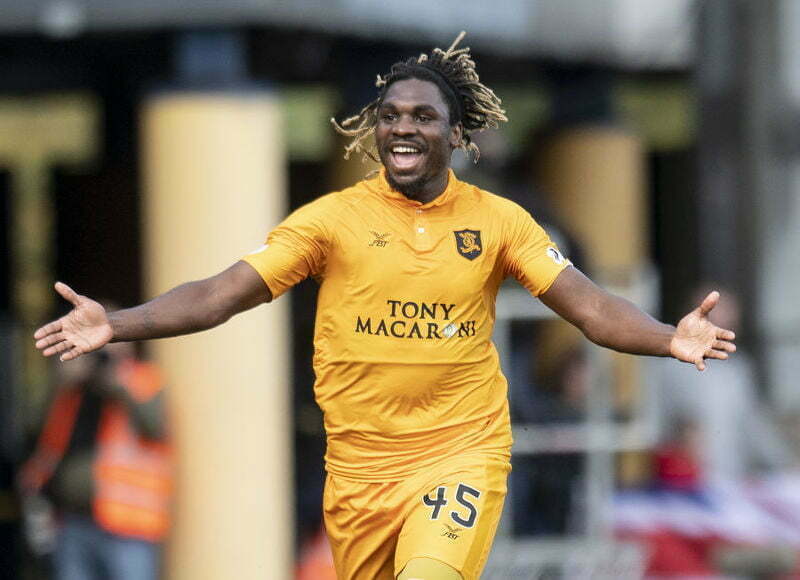 Dolly Menga: What Lions fans should know about the Livingston striker

The former Benfica forward has already made his mark on Scottish football after signing a two-year-deal with the newly-promoted Lions in the summer.

But who exactly is the bulking striker and how did he find his way to the Scottish Premiership:

Dolly Menga started his career with Belgian side Standard Liege in 2011 but he was sent out on loan to Sint-Truiden, where he played 14 games, scoring two goals.

The forward made the permanent switch to Lierse in 2012 and made 37 appearances before signing a deal with Portuguese giants Benfica in 2014.

He played just 12 games for Benfica B in the Segunda Liga before making the move to Braga in 2015.

During his spell with Braga the forward was loaned to newly-promoted Tondela on a one-year-deal, before subsequent loan spells at Hapoel Tel Aviv and F.C Ashdod. The striker left Braga at the end of his contract in July 2017.

On November of that year, Menga signed for English League One side Blackpool as a free transfer until the end of the season. He turned out eight times for the club before making the switch to Livingston.

The 23-year-old switched his national allegiance from Belgium to Angola after featuring in the Belgian Under-19 and Under-21 side. He made his national team debut for Angola against Gabon in 2015.