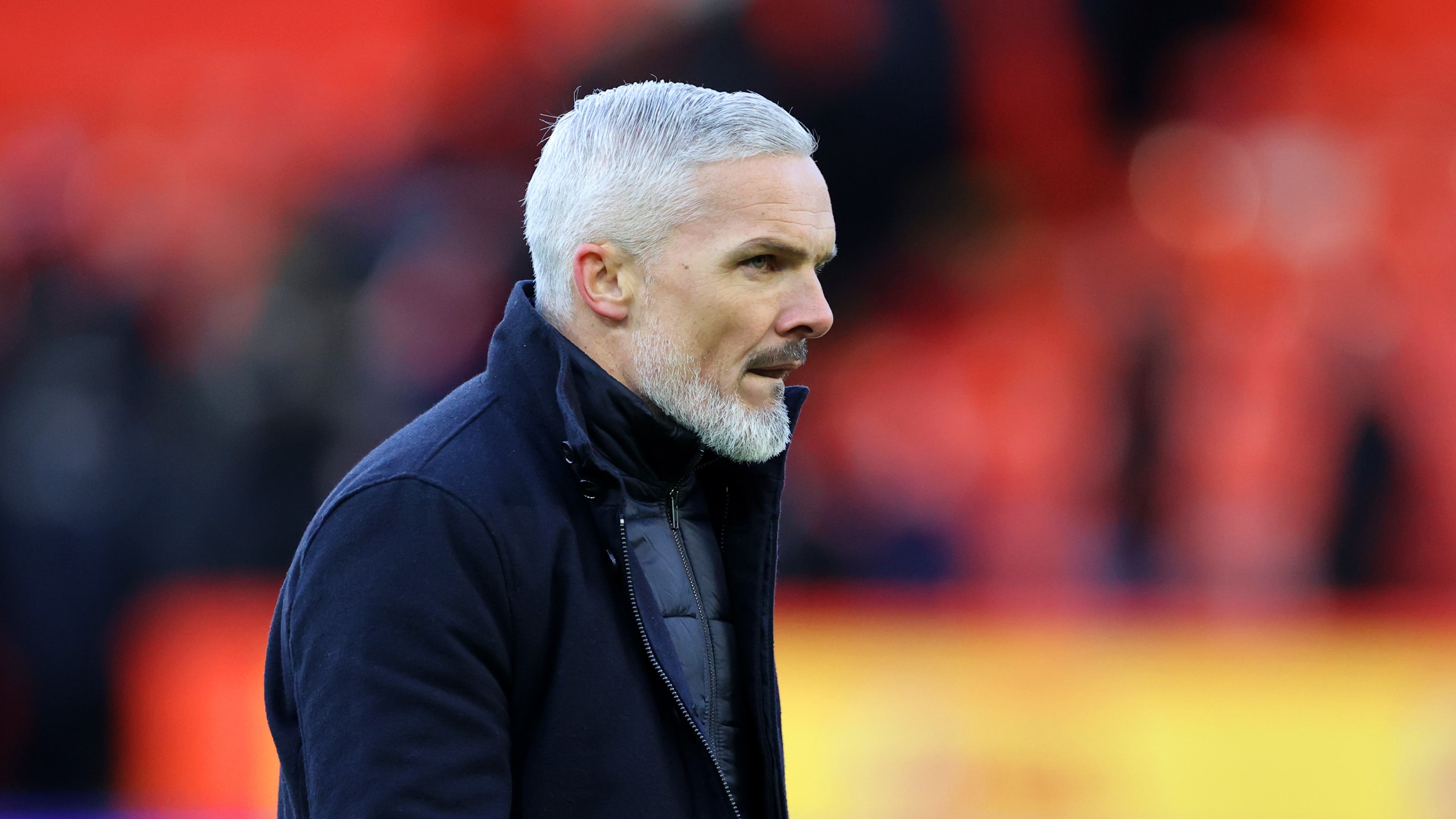 Jim Goodwin has told his side not to take being Aberdeen players for granted as he admitted “alarm” at their lack of fight in Kilmarnock.

The Dons suffered a fourth consecutive defeat when they went down 2-1 at Rugby Park, with Matty Kennedy’s stoppage-time goal adding a flattering sheen to the scoreline.

Goodwin told Red TV: “We were shocking from pretty much the first minute right to the last. Taking Matty Kennedy’s free-kick out of it, I don’t think there was a single moment of quality in the game from us.

“Kilmarnock bullied us most of the night and did the basics far better than we did. The result of 2-1 flattered us.

“As a player the first thing and the easiest thing is to give your all and to show that effort and commitment. I think the players are honest enough, and I am certainly honest enough, to realise that we didn’t fight and scrap enough.

“The players don’t need me to tell them that. I don’t need to analyse the game a whole lot because it wasn’t as if Kilmarnock played fantastic, attractive, possession-based football. They got the ball forward early, competed for the first header, picked up the majority of second balls, they ran beyond on us on numerous occasions.

“Those for me are the basics of football and every team has to be able to do that. And, for whatever reason, we didn’t. It’s alarming, it’s concerning, but we need to make sure we don’t have a performance like that ever again.”

Goodwin, whose side host Ross County on Monday, added: “I am privileged to be here, it’s a fantastic club. I don’t take it for granted and I think the players need to look at that the same way and realise they are at a very big club.

“They have been given a great opportunity to pay for this club. Don’t take it for granted, don’t let it pass you by.”