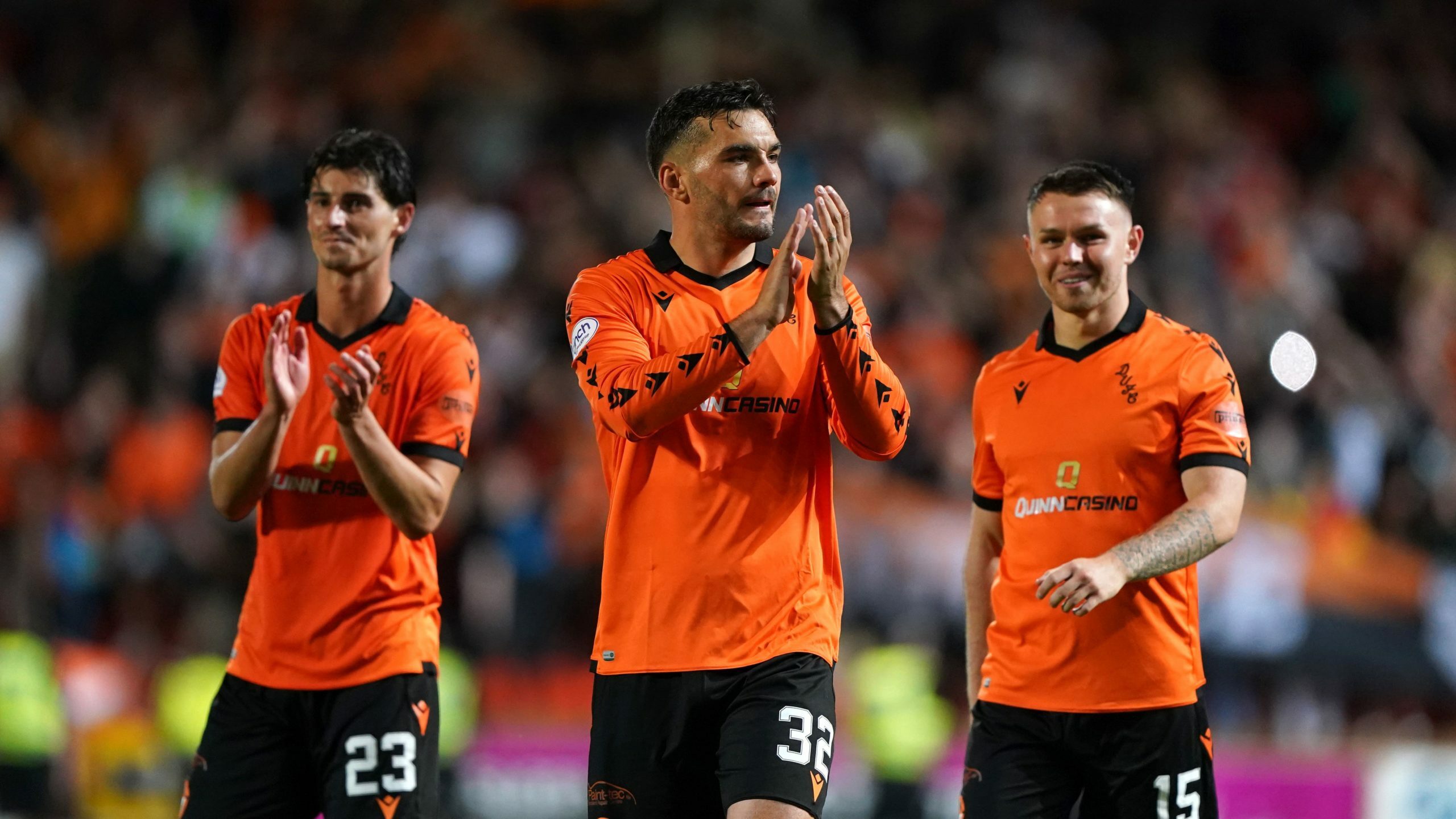 Dundee United finally secured their first cinch Premiership win of the season with a comprehensive 4-0 victory over Aberdeen at Tannadice.

The Tangerines established a two-goal lead, netting twice just before half-time through Aziz Behich – the Australian’s first for the club – and Tony Watt.

The Dons mounted a big fightback at the start of the second half but United netted a third with a Jamie McGrath penalty before Aberdeen’s Ross McCrorie scored a late own goal.

Despite the victory, United remain bottom of the table but have narrowed the gap on Kilmarnock to two points while the Dons remain fifth.

United were quick out of the blocks, creating a chance with just seconds on the clock as Glenn Middleton fired a cross in from the right but McGrath headed wide of Dons keeper Kelle Roos’ post.

Following that opening flurry from the home side, Aberdeen began to find their feet in the game and had a great chance to open the scoring in the 12th minute when Jayden Richardson squared the ball to Bojan Miovski. But, with the goal gaping, the striker could not set himself properly and the opportunity was lost.

There was a penalty appeal in the 34th minute from the home players as McGrath raced through on goal and went down as Roos cleared but referee Willie Collum saw no offence.

However, United finally broke the deadlock in the 41st minute.

McGrath sent a low ball in from the right towards Watt whose initial shot was parried by Roos but Behich reacted quickest to rifle the ball home.

Just four minutes later, the Tangerines doubled their advantage when Kieran Freeman hit a low cutback from the right with Watt sweeping the ball home, high past the helpless Roos for his second goal in two games.

The large travelling support were shouting for a penalty when a Jayden Richardson shot appeared to be blocked by Ryan Edwards’ arm but nothing was given.

However, referee Collum did award a spot-kick in the 73rd minute to United after McCrorie barged into the back of Craig Sibbald in the Dons box.

McGrath stepped up and sent Roos the wrong way from the spot.

Aberdeen’s misery was made complete in the 82nd minute when McCrorie headed a long ball from Edwards past Roos.