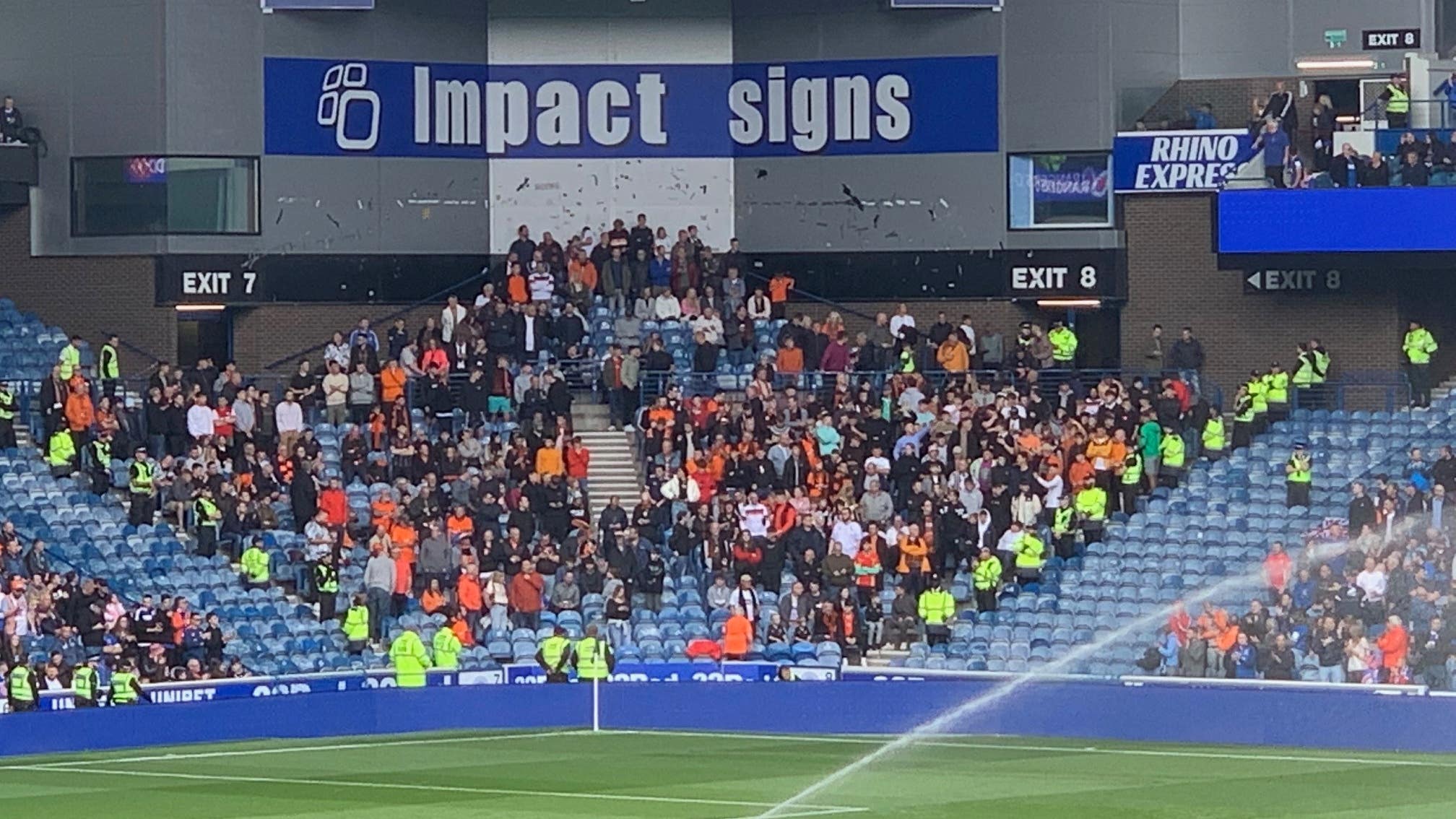 By By Ronnie Esplin PASeptember 17, 2022No Comments

Dundee United fans disrupted the minute’s silence in memory of the Queen before Saturday’s cinch Premiership game against Rangers at Ibrox.

The Light Blues had confirmed they planned the tribute for their home game, along with the singing of the national anthem before kick-off.

However, boos and chanting could be heard emanating from the corner of the stadium which housed several hundred Terrors supporters which brought boos from some in the home support towards United fans after the national anthem.