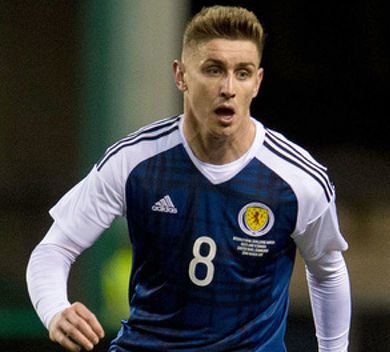 England could snatch Tom Cairney from under the nose of Scotland despite his appearances in dark blue.

The Fulham midfielder, 27, played in two friendlies for the Scottish national side against Costa Rica and Canada.

But the ex-Blackburn star is eligible for both sides, with having an English mother and a Scottish father.

The Premier League star has pulled out of recent Scotland squads through injury but he is expected to be called up by Alex McLeish for the Nations League clash against Israel.