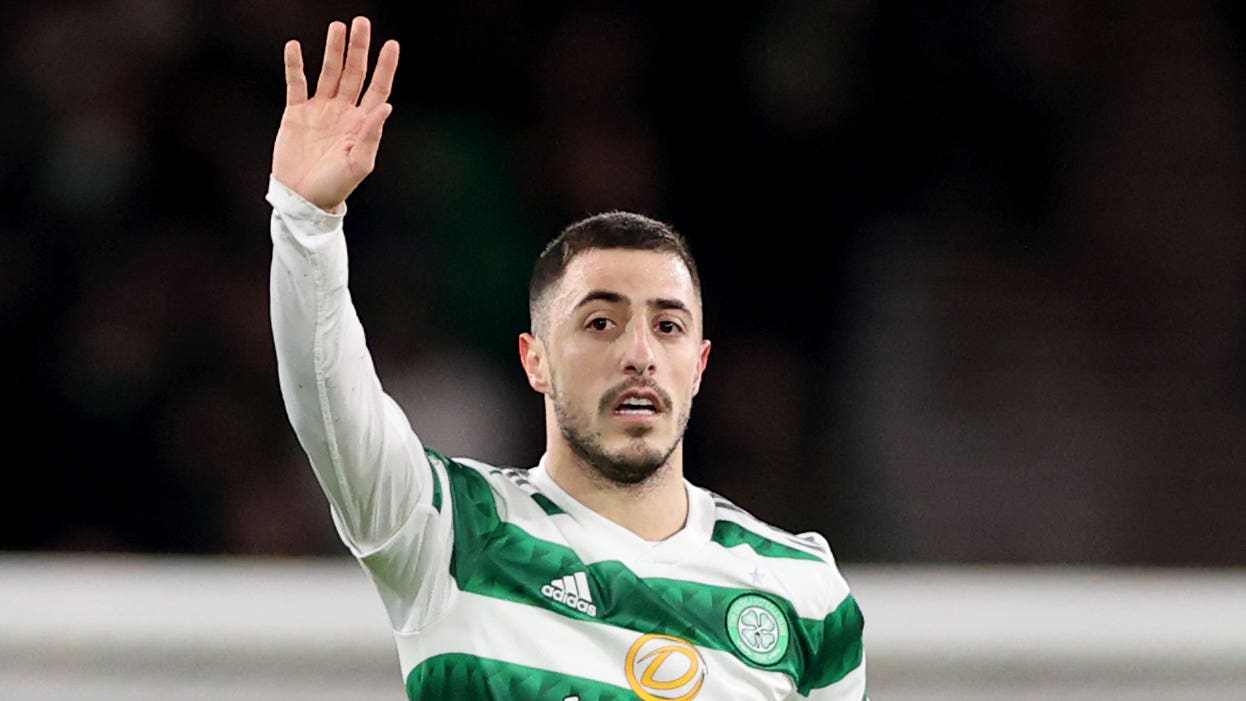 Celtic manager Ange Postecoglou has hailed Josip Juranovic’s contribution to the club after giving the Croatia full-back the go-ahead to move to Germany.

The Scottish champions have accepted a reported offer of up to £10million from Union Berlin for the 28-year-old, whose World Cup performances sparked a wave of interest.

Giorgos Giakoumakis looks set to follow Juranovic out of the door after being left out of Celtic’s 5-0 Scottish Cup win over Morton on Saturday while Celtic appear to be closing in on a deal for for 21-year-old South Korea striker Oh Hyeon-gyu of Suwon Bluewings.

Juranovic arrived from Legia Warsaw in the summer of 2021 and helped Postecoglou to a cinch Premiership and League Cup double in his first season in charge.

The Celtic boss said: “He’s been given permission to travel and he’ll have a medical with Union Berlin. I assume that if all goes well then he’ll move.

“I think he’s been fantastic, I’ve loved working with Josip. He’s been a really popular member of the dressing room, he’s been a key contributor last year to what was a very, very important season, in the context of what had happened the season before.

“The fact we had to rebuild the team and get back to where we wanted to be, he was a key component of that.

“With all of the lads, I’m constantly in dialogue with them about themselves and their careers and people have to appreciate Josip is 28 years old but he hasn’t really got to the highest level until late in his career.

“I think he just wants to maximise his opportunities and, to be honest, I agree with him. That’s what all of us have in our careers, a limited time and we want to take opportunities.

“He leaves here as a fantastic player and as somebody who contributed to what was a really important season for us.

“I certainly wish him well and I hope he goes over there and kills it. He’s very well respected within our dressing room and will be missed but that is the nature of football.”

Giakoumakis has been linked with the likes of Urawa Red Diamonds and Sampdoria and missed out for the second game running.

“He had that little niggle,” Postecoglou said. “He trained on Friday but it’s fair to say there is a fair bit going on with him in the background as well and my view is that it’s not just about the physical but the mental too.

“I had a good chat with him and until he gets some clarity about what’s happening with him, I think as well as the physical stuff I thought it was better to leave him out.”

Postecoglou would not confirm whether Celtic had had a bid for Oh accepted.

“We are working on things but not confirmed yet,” he said. “We are progressing things and there is only a week to go while we continue this weekly dance we do.

“The lights are dimming and the last song is about to be played and we can all go home and have a nice lie down.

“But everything will happen in the next couple of days hopefully.”