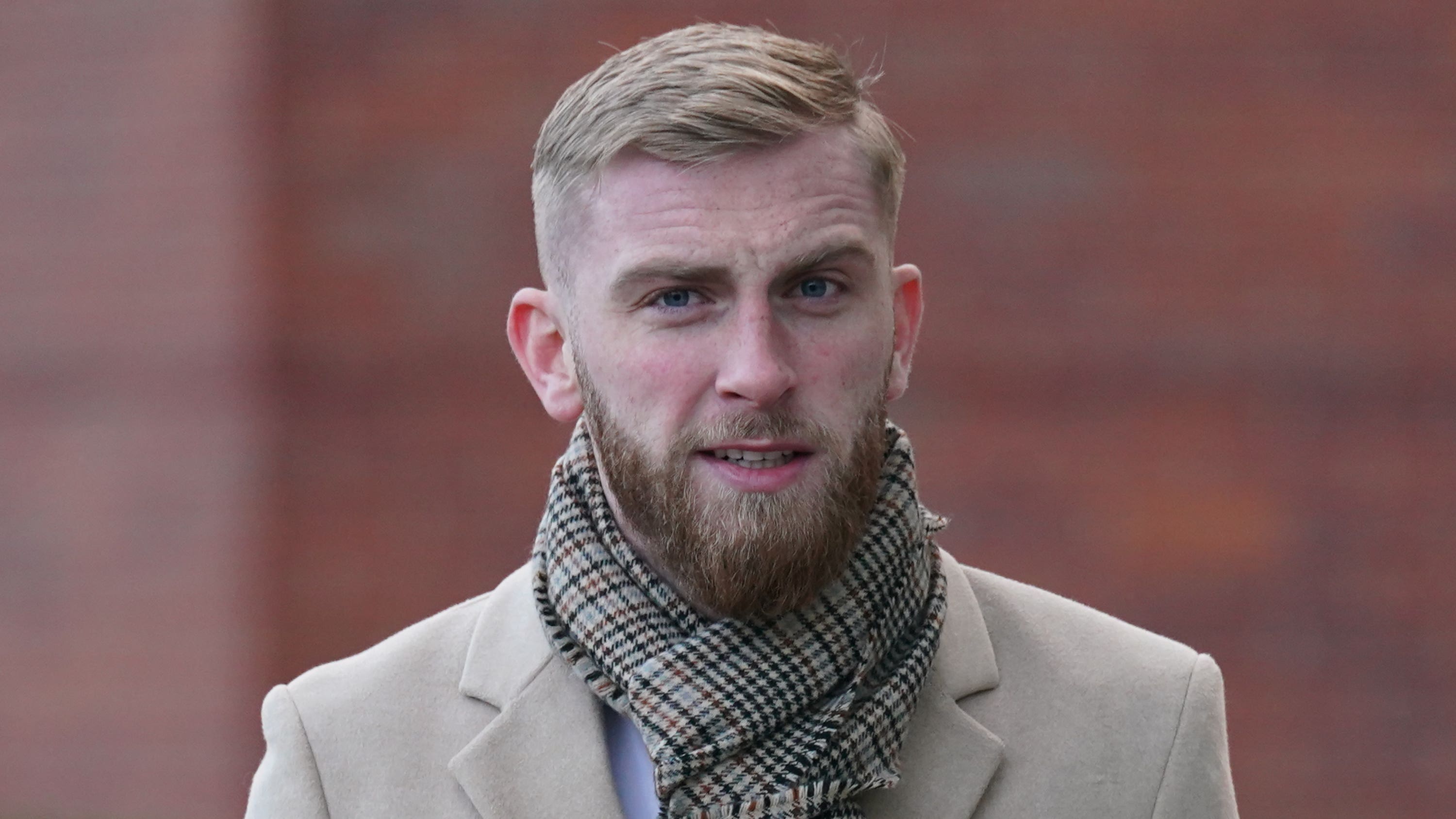 By By Matthew Cooper PADecember 14, 2022No Comments

A Nottingham Forest fan alleged to have been stamped on by Sheffield United striker Oli McBurnie has claimed he was singled out and attacked after telling the star: “You’re s*** at football, I’m better than you.”

George Brinkley told Nottingham Magistrates’ Court he genuinely feared for his life after being put in a headlock by McBurnie’s team-mate, Rhian Brewster, during a pitch invasion following last season’s Championship play-off semi-final at the City Ground.

Prosecutors claim Scotland international McBurnie, who was wearing a protective boot over an injury, suffered “a loss of temper and control” as 27-year-old Mr Brinkley celebrated Forest’s penalty shootout win on May 17.

McBurnie, 26, of Knaresborough, North Yorkshire, who has scored nine goals in 18 games this season, denies a single charge of assault by beating, claiming he lost his balance after going to the aid of a team-mate.

After social media footage alleged to show the assault was played to the court on Wednesday, Mr Brinkley said he invaded the pitch from the Peter Taylor Stand because of the “adrenaline” of Forest reaching a Wembley final.

Giving his account to a district judge via a video-link to a witness room, Mr Brinkley said he had been sitting near the dugout, in the second row of the stand, for the match.

He told the court: “At half-time I spoke to a couple of (United) players.

Mr Brinkley said former Swansea and Barnsley player McBurnie had heard the comment, adding: “He responded to me, laughing, and said, ‘You look like you are’.

“I said, ‘Enjoy the Championship next season’. I had a smile on my face. Hopefully because I was joking, it came across in that way.

Asked by prosecutor Simon Jones how McBurnie had reacted, Mr Brinkley said: “He had a grin on his face – quite patronising… looking down on me.”

Describing what he claims happened moments after Forest’s 3-2 penalty shootout win, Mr Brinkley told the court: “I celebrated with the two people directly behind me. I jumped over the advertising boards – I had that much adrenaline going through me.”

“My instant reaction was shock,” the supporter added. “I didn’t know how it had happened.”

Invited to tell the district judge what happened next, Mr Brinkley said: “I got headlocked to the ground. I was laid on my back.

“My instant reaction was to kick him but I didn’t because I knew what the repercussions would be.”

The alleged victim said he knew his assailant was McBurnie because he was the only person he had seen wearing a protective boot.

“I couldn’t get up because of the people around me,” he said. “I felt that I was going to get my head kicked in.

“I did genuinely fear for my life because I have had head injuries in the past and my head is very sensitive.”

The court heard that Mr Brinkley did not realise it was Brewster who had put him a headlock until he saw social media footage of the incident.

During cross-examination by McBurnie’s barrister, Lisa Judge, Mr Brinkley was asked if he was suggesting that the striker had selected him out of a crowd of hundreds and assaulted him “purely because you had said he was a s*** footballer”.

Mr Brinkley answered: “I believe so.”

Later in his evidence, Mr Brinkley denied that his claims of assault were “brought about by a desire for compensation”.

He was also warned to be respectful after addressing Ms Judge as “babes” and accusing her of trying to “sugar coat” what had happened.

He told the court “the video doesn’t lie” – before being asked whether his claims of being stamped on were untrue.

After being asked if his account was “made-up fantasy”, Mr Brinkley answered: “No it’s not – not at all.”

The trial has been told McBurnie maintains that he did not make any physical contact with Mr Brinkley.

In a statement to police shortly after the incident, the player also said he had lost his balance slightly after being out injured for several weeks.

His statement added: “My intention at all times was in fact to make sure that I did not make any such contact with him.”