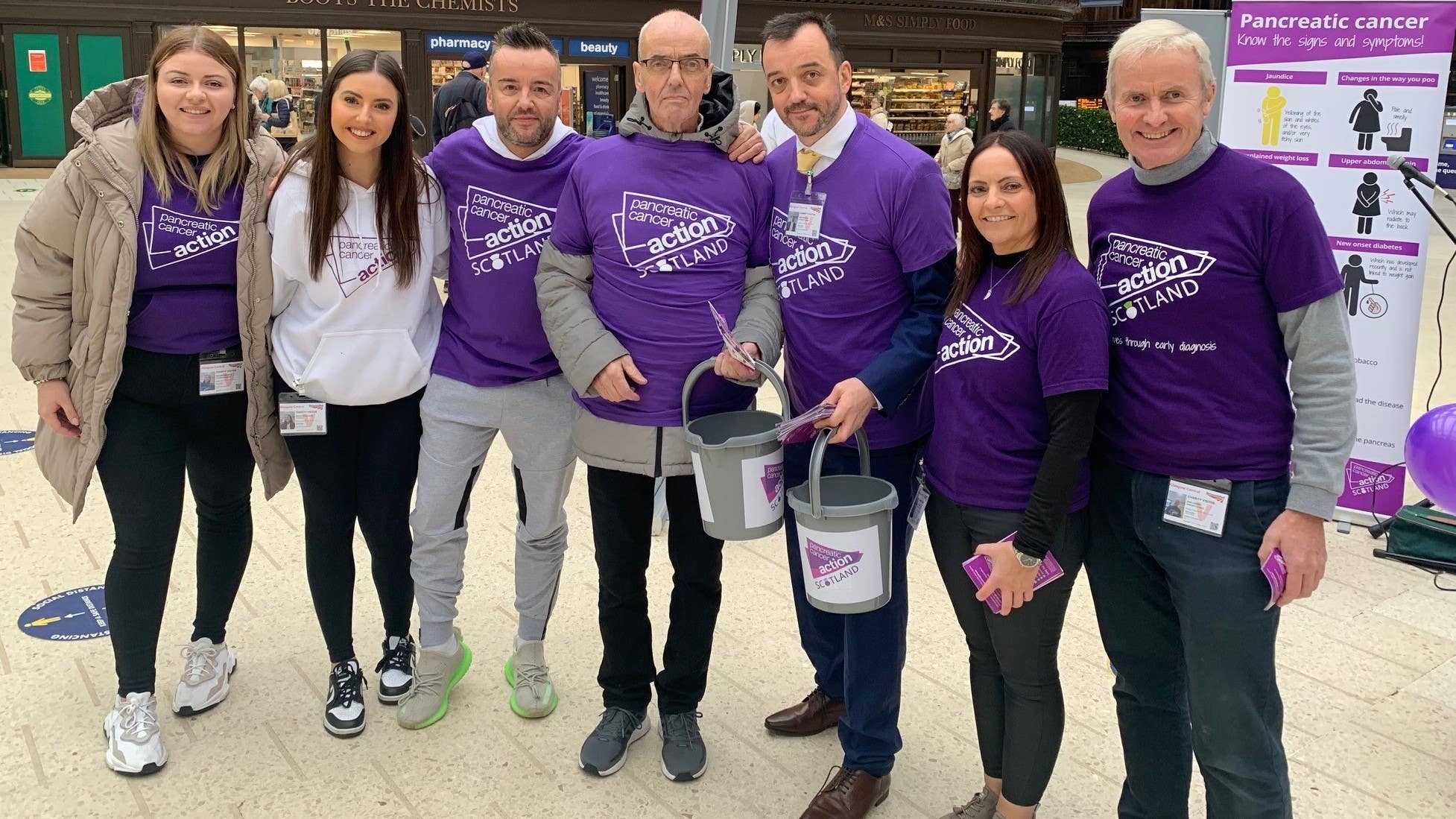 By By Ronnie Esplin PANovember 17, 2022No Comments

Frank McGarvey has been boosted in his battle with “sneaky” pancreatic cancer by supportive football fans from all around Scotland.

The former Celtic, St Mirren and Scotland striker was recently diagnosed with the disease and made an appearance on the Parkhead pitch before the Hoops’ game against Hibernian last month where he was given a rousing reception by the home fans.

Speaking at Glasgow Central, where he was helping to promote World Pancreatic Cancer Day, the 66-year-old told the PA news agency how widespread support and encouragement has been for his plight.

McGarvey, who also played for Queen of the South and Clyde, said: “The reaction from football fans has been extraordinary.

“I was at Celtic Park to see the Hibs game and when I walked out and the fans sang You’ll Never Walk Alone, that made me so determined to fight on.

“But I have to say I have seen a few messages on the internet from fans of Rangers, Aberdeen, Dundee, St Mirren and others, and getting all those messages from other football clubs’ fans has actually been fantastic.

“It gave me such a boost and helped me. There is a lot of ways to fight this, not just a physical thing, it is mental.

“Football fans and everyone around me giving me goodwill has really helped me fight this disease. I am still battling it.

“It is a sneaky cancer. It works its way into your body and hides. I have got a bit of liver cancer as well. It is terrible.

“If you have a pain in your stomach, don’t ask, demand that you see somebody. It is not about might having it or not, you have to get it checked.”

Ross Carter, co-founder of Pancreatic Cancer Scotland (PCS), is a consultant HPB surgeon at the Glasgow Royal Infirmary. He said: “One of the biggest problems of pancreatic cancer is people don’t know about it until they have been diagnosed or their friends or family have been diagnosed.

“It is often a very fast disease. That is why we are so passionate about early diagnosis. If you get it early there are treatments that are there. The difficulties come when it has progressed.”